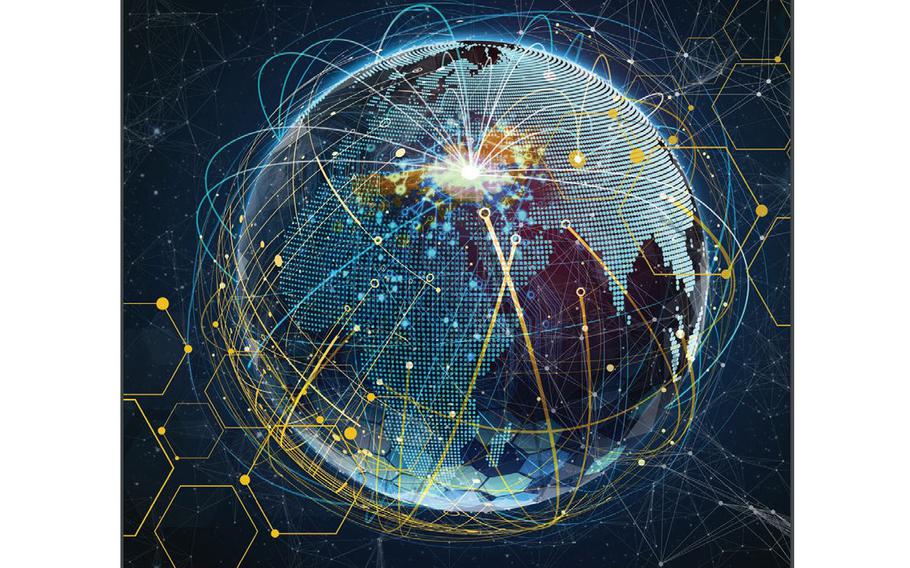 “Invisible Force in 2020” is a collaboration of the Army Cyber Institute and Arizona State University to create a graphic novel that includes essays exploring some of the threats the military may face in the future. (Army Cyber Institute)

(Tribune News Service) — Political candidates use as many techniques as they can to persuade you to vote for them.

They target you in standard ways, like collecting email addresses of people who attend rallies and filling up available commercial space with advertisements. But it also gets more sophisticated. They can target you based on the neighborhood you live in and what websites you visit. They can appeal to some of your core fears in order to get you to the polls.

Some of the targeting techniques employed in the political world have drawn attention from the military as it prepares for warfare in a world where misinformation and disinformation has taken hold.

“The main difference between political microtargeting and military information operations is who is doing the targeting and who is the target,” wrote Maj. Jessica Dawson a professor at the Army Cyber Institute. “Substantively, the methods of analysis, information gathering and actions used to influence behavior are all the same. The fact that one is used on perceived enemies whereas another is used to influence elections is a distinction without difference — meaningless.”

Dawson helped create “Invisible Force in 2020,” a collaboration of the Army Cyber Institute and Arizona State University to create a graphic novel that includes essays exploring some of the threats the military may face in the future.

It contains examples of how political tactics can be adapted to target people, influence governments and spread disinformation, making it difficult to determine what is true and what is false.

Lee McIntyre is a Research Fellow at the Center for Philosophy and History of Science at Boston University who wrote the book Post-Truth also contributed an essay to the graphic novel. He said the struggle to interpret fact from fiction in anti-vaccination campaigns or conspiracy theories about the 2020 election poses dangers.

He said governments have always spread disinformation to maintain power. But the rise of the internet makes it much easier to influence public discussion and create confusion around issues.

“Creating disinformation is trivial,” McIntyre said. “Amplifying it is where the work is done. And the internet takes care of the amplification. That’s a huge difference between the leaflets that were dropped from planes back in my dad’s era when he was in World War II and what they can do with Twitter now.”

Part of the problem, McIntyre said, is a disinformation technique called the “fire hose of falsehood.” With torrents of information being pushed out, it becomes difficult for to distinguish between fact and lie.

“The point is not to convince you that the false thing is true,” McIntyre said. “The point is to just tell so many falsehoods, one after the other after the other, some of them self-contradictory, that you just go, ‘I give up. Maybe we can’t know the truth outside a political context. Who knows?’ Because when you do that, that’s when you’re pliable.”

One form of information warfare, called the “storyweapon,” spreads falsehoods to influence decision making. Advertising expert Ronnie Gleeson, who coined the term, wrote earlier this year that President Donald Trump’s claims that the 2020 U.S. presidential election was stolen was a storyweapon.

In an essay included in the graphic novel “Invisible Force” to help prepare the military for targeted spreading of misinformation” work, Gleeson says that you can’t combat a narrative that people want to believe with things such as fact checks. Stories that resonate, as politicians have learned, usually focus on emotions. Fear is an easy one to activate, because it can motivate people to vote.

But stories that create a positive image about the country can also be effective storyweapons, such as former President Barack Obama’s “hope” and former President Ronald Reagan’s “morning in America.”

Gleeson argues that combating negative storyweapons with more positive stories that tap into American patriotism could help push back.

“You can’t fight off a storyweapon with bullets,” Gleeson wrote. “And if the intended targets are told stories they want to believe, the truth won’t work, either. The only way you beat a storyweapon is with a better story.”

“I’m scared,” McIntyre said. “I don’t know about you but I’m really scared to be living in these times because I remember reading 1984 as a kid and thinking, oh, that couldn’t happen here. Here we are. I mean, nobody’s being tortured in the basement of the Ministry of Love, but we’re setting up the infrastructure for this problem to get even worse.”