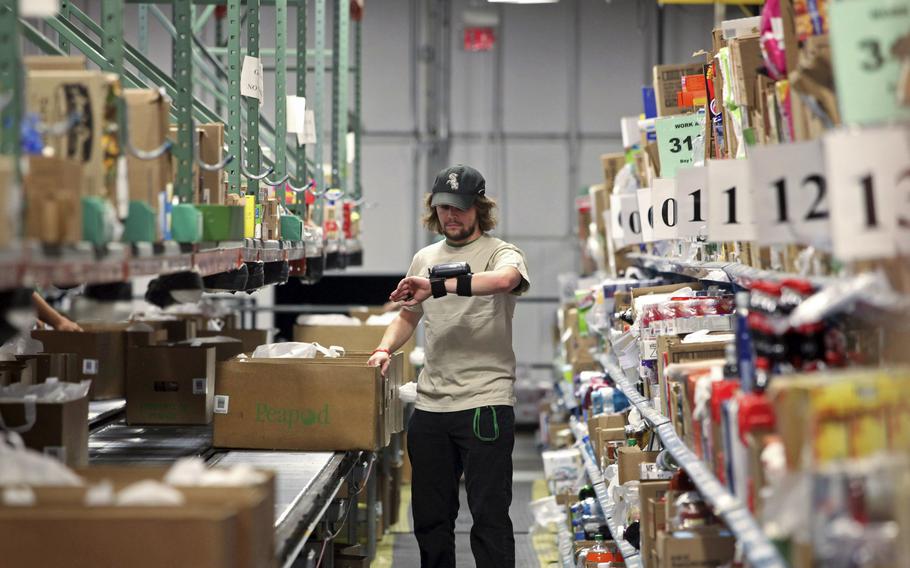 Starting Jan. 1, labels at the grocery store are about to get a makeover on foods that have been genetically modified.

The goal was to get rid of the patchwork of different labels for foods and ingredients that have been scientifically tinkered with, according to the U.S. Department of Agriculture. However, the move also puts a greater burden on consumers to do their homework to understand what the labels mean, food advocates say.

Foods that previously were labeled as containing "genetically engineered" (GE) ingredients or "genetically modified organisms" (GMOs) will now be labeled as "bioengineered," or come with a phone number or QR code guiding consumers to more information online.

The changes are part of the USDA's new rules on controversial modified crops and ingredients. Previous labeling requirements were governed differently on a state-by-state basis. By providing a uniform, national standard for labeling bioengineered foods, "it avoids a patchwork of state labeling regulations," a USDA spokeswoman said in a statement.

The move is universally confounding food safety advocate groups. Eating bioengineered foods poses no risk to human health, according to the National Academy of Sciences and the Food and Drug Administration. However, watchdog organizations say the new rules contain too many loopholes for consumers who want to avoid these foods.

"The worst part of this law is the use of the term 'bioengineered' because that's not a term most consumers are familiar with," said Gregory Jaffe, director of the project on biotechnology for the nonprofit Center for Science in the Public Interest. He said this choice was in large measure because "GMO" had come to be perceived as pejorative.

Other advocacy groups such as the Center for Food Safety say the rules don't go far enough and will leave the majority of genetically modified foods unlabeled. And the new rules discriminate against the more than 100 million Americans who do not have access to smartphones or cell service, because companies will be allowed to rely on smartphone-based scannable QR codes to share information with consumers.

The new rule requires food manufacturers, importers and retailers to disclose information whether foods are bioengineered or use bioengineered ingredients, doing away with well-established terms like "genetically engineered" and "GMO" on labels. However, other kinds of official certifications like USDA Organic and NON-GMO Project Verified will be allowed.

Manufacturers of dietary supplements must also comply, but restaurants and other food service establishments do not have to abide by the new rules.

Food companies say the timing is terrible. Instituting this change in the middle of a pandemic and supply-chain crisis puts an undue burden on an industry already reeling, according to trade groups for food companies and manufacturers. Betsy Booren, a senior vice president for the trade group Consumer Brands Association, said that while the organization supports a uniform framework for the disclosure of modified foods, it has urged government officials to temporarily pause the new rules.

"We believe the government must take a 'do no harm' position right now that allows companies to focus on delivering essential products to consumers," she said.

USDA officials maintain that they designed the standard to balance the need to provide information to consumers with the interest in minimizing costs to companies, while adding that those costs could be passed on to consumers, according to a USDA spokesperson. A senior research associate works with samples in a Calyxt lab. (Tim Gruber for The Washington Post)

What is a bioengineered food?

A "bioengineered" plant or animal has had a new gene inserted into it to give it a useful trait, like making it resistant to a pest or disease, or enhancing its nutritional value. "Contains bioengineered food ingredients" means that at least one ingredient in the food - the soy protein in a plant-based burger, for instance - contains DNA from a new gene.

At this time, only a handful of foods on the market are bioengineered, including some apples, canola, corn, eggplants, papayas, pineapples, potatoes and salmon. Most fruits, vegetables, grains, seeds and beans don't have a genetically modified version.

What will the disclosure look like on food packages?

Food products will either have a round green label that says "bioengineered" or "derived from bioengineering," or a label that will list a phone number to call or text for more information, or a QR code that takes you to an online disclosure.

If a food package doesn't have a QR code or "BE" food label, is it free from genetically modified ingredients?

Not necessarily, and here's where the loopholes come in, food advocates say. Under the new rule, a food does not contain genetic material if the genetic material is not "detectable." If one or more of a food's ingredients comes from a modified plant but the ingredients themselves contain no DNA from that plant, the label may carry a "derived from bioengineering" disclosure. But that's voluntary. So, starches, oils and sweeteners made from bioengineered plants, but are so highly processed that no DNA remains, may not be labeled.

And the USDA has built in some wiggle room, setting a threshold at 5% for the "unintended" presence of genetically engineered ingredients, so highly processed foods made from genetically engineered crops - like sodas, candies and cooking oils - would be exempt from the rules, if they fit under that 5% threshold. The European Union's standard is about five times lower, at 0.9%.

"Consumers are left not knowing if it's not present or if a food company just chose not to disclose," said Peter Lurie, president of Center for Science in the Public Interest.

Another loophole, Lurie said, is that the new disclosure rules don't cover products that list meat, poultry or eggs as their first ingredient or their second ingredient after water, stock or broth. This means many prepared foods in the freezer aisle - meat lasagna or chicken burritos - may contain modified ingredients without disclosure.

How do food companies validate their claims about ingredients?

There are three ways for a company to demonstrate to the USDA that modified genetic materials aren't in their foods. Companies can keep records that show the food comes from a non-bioengineered crop or source; they can keep records verifying the food has been subjected to testing that genetic modification wasn't detected; or they can keep testing records that confirm the absence of modified genetic material.

How will the new rule be enforced?

The USDA will respond to complaints. There will be no in-store spot checks of food products. Anybody who suspects a violation may have occurred can file a written complaint with the USDA's Agricultural Marketing Service website.

"The already overburdened consumer is going to have to spend four times as much time in the supermarket reading labels," said Andrew Kimbrell, executive director of the Center for Food Safety. "And now they'll have to be USDA citizen investigators to make sure this law has some consequences."