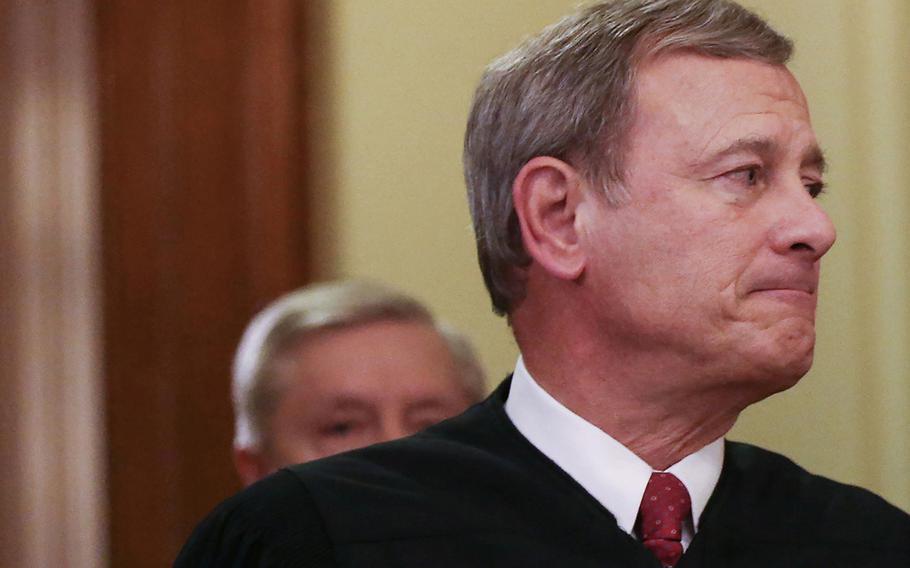 Self-governing “bodies of judges from the front lines are in the best position to study and solve” these problems, “and to work in partnership with Congress in the event change in the law is necessary,” Roberts said.

The court has come under criticism from progressives as the justices consider whether to upend abortion access and broaden gun rights and prepare to hear arguments Jan. 7 on the Biden administration’s workplace vaccine mandates.

Roberts noted three areas where the judiciary itself — through the federal courts’ policy making body, the Judicial Conference of the United States — has tried to address issues of public concern.

One, workplace harassment, came into focus for the judiciary in 2017 after reports that then-Judge Alex Kozinski, of the U.S. Court of Appeals for the Ninth Circuit, had for years sexually harassed young attorneys serving as his judicial clerks.

Roberts noted the actions the courts have taken since then, including efforts to revise its codes of conduct, increase training, and “strengthen and streamline its internal procedures for identifying and correcting misconduct.”

The Chief Justices also discussed failures by federal judges to recuse in matters in which they have financial conflicts and the perceived manipulation in patent cases of friendly judicial forums as areas where the judiciary has acted on its own.

While “there is still plenty of work to be done,” he said the federal judiciary needs “to manage its internal affairs, both to promote informed administration and to ensure independence of the Branch.”

The report comes as Congress and the Biden administration consider measures intended to make the judiciary’s work more transparent and address perceived political influence on the current Supreme Court, which consists of a 6-3 conservative majority.

In April 2021, President Joe Biden formed a commission to study potential changes to the Supreme Court.

The commission issued its final report in December without endorsing the most drastic changes sought by progressives such as adding additional seats or limiting how long justices can serve. The White House hasn’t yet weighed in on the commission’s findings.

Separate legislation (H.R. 4827, S. 2553) that would give Judiciary workers the same antidiscrimination rights and whistleblower protections as other federal employees is also pending. The judiciary opposes the bill, which it says doesn’t account for safeguards the judiciary already put in place.

With assistance from Madison Alder