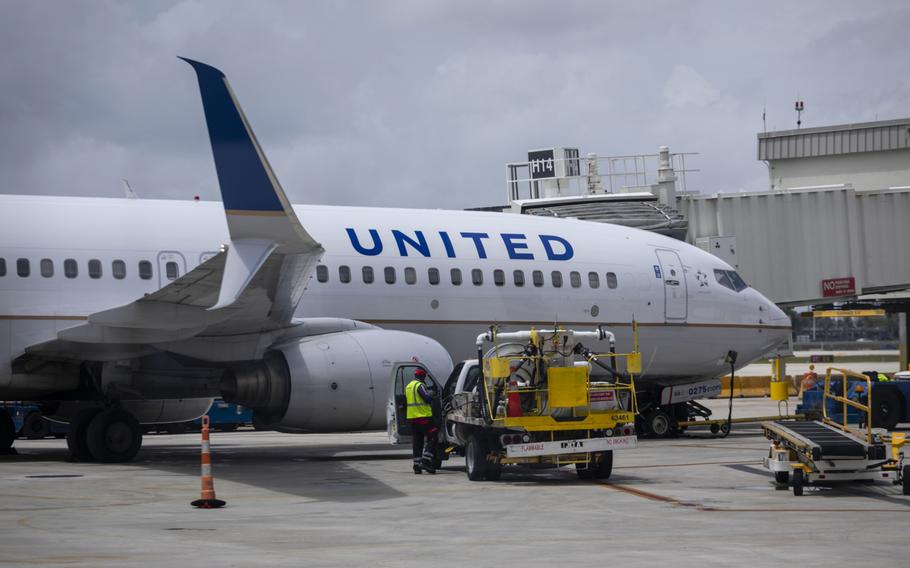 Thousands of Christmastime flights have been canceled around the world as airlines say the fast-spreading omicron variant of the coronavirus is preventing staffers from working.

United Airlines had said in a statement Thursday that it was canceling 120 flights on Friday because the variant has had “a direct impact on our flight crews and the people who run our operation.” Delta said in a statement that its teams had “exhausted all options and resources - including rerouting and substitutions of aircraft and crews to cover schedules flying” before canceling over 90 flights on Christmas Eve due to weather events and staffing issues.

In Australia, a Sydney Airport spokesman told the Sydney Morning Herald that 80 domestic cancellations on Friday would affect more than 500 flights, while about 50 flights in and out of Melbourne Airport were reportedly canceled as well.

The U.S. airlines said they were working hard to accommodate as many passengers as possible, but the disruption comes during one of the busiest travel periods in years. Many people who spent the holidays at home last year had planned a return to airports for the first time since the advent of the pandemic.

According to data from the Transportation Security Administration, since Dec. 16 more than 2 million people have passed through its security checkpoints almost every day - approximately double the number recorded on the same days last year. With 2,081,297 passengers recorded on Wednesday, the statistics surpassed the number of travelers reported the same day in 2019, before the pandemic.

United, which had struggled with profitability under last year’s restrictions on nonessential travel and slump in traveling, was on the road to recovery. The Chicago-based carrier predicted it would reach about 87 percent of the number of people it flew in 2019 - forecasting an average of 420,000 passengers a day from Dec. 16 through Jan. 3, the company said.

Even as omicron pushes some to debate whether to rethink their trips over the holidays, United spokeswoman Kimberly Gibbs said the company has not seen an increase in customer cancellations. Delta said late Thursday it still has nearly 3,100 flights scheduled for Christmas Eve.

Delta had already displayed concern over its ability to handle the holiday rush earlier this week. The airline’s CEO sent a letter Tuesday to the Centers for Disease Control and Prevention asking the agency to reconsider its recommendation for a 10-day quarantine following a coronavirus infection. Delta proposed a 5-day waiting period for vaccinated employees who sustain breakthrough cases.

“Our employees represent an essential workforce to enable Americans who need to travel domestically and internationally,” the letter reads. “With the rapid spread of the Omicron variant, the 10-day isolation for those who are fully vaccinated may significantly impact our workforce and operations.”