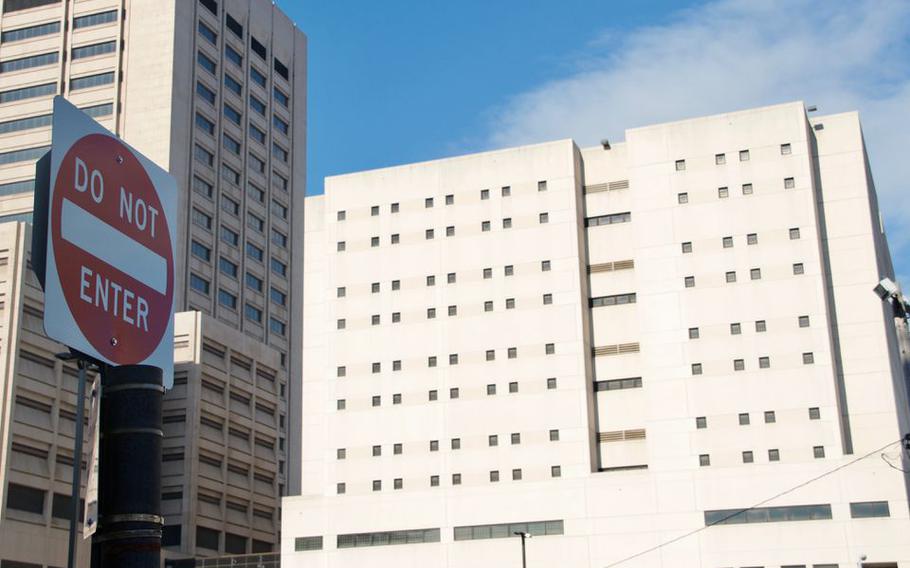 CLEVELAND, Ohio (Tribune News Service) — Ohio Gov. Mike DeWine will send 25 Ohio Military Reserve members to the Cuyahoga County Jail and offer assistance in planning amid a coronavirus outbreak at the jail that included the death of an officer and inmate this week.

DeWine said Thursday that 25 members of the military reserve will be deployed to the jail on Dec. 28 and stay for at least 30 days. That will shore up an already understaffed jail and help deal with the COVID-19 outbreak that includes 56 officers who contracted the virus, according to the state prison officials.

“I am pleased that the Ohio Department of Rehabilitation and Correction and the Ohio Military Reserve will be able to help alleviate some of the challenges and help the jail to continue to provide a safe environment for both staff and those who are housed at the facility,” DeWine said in a statement.

The number of inmates with COVID-19 spiked in recent weeks, from eight inmates on Dec. 13 to 160 as of Thursday, according to county officials. Another 846 inmates have been exposed to someone with coronavirus and are isolated in their cells and 244 others are in isolation because they’ve been arrested in the last seven days, according to the county statistics.

A veteran jail officer, Williams Haines, died after contracting the virus on Dec. 17 and an inmate, Samuel Foster, died from the virus on Monday, according to county and MetroHealth officials. Haines is the third officer to die from the virus and Foster the first inmate since the pandemic began.

It’s the second time during the pandemic that DeWine sent reinforcement to the jail during an outbreak. In December 2020, 50 Ohio National Guard members worked at the jail for several months amid an outbreak among inmates and staff.

A letter sent Thursday from ODRC Director Annette Chambers-Smith to Cuyahoga County Executive Armond Budish said DeWine authorized a slew of resources to be sent to the county jail and ordered local officials to take certain steps to curb the outbreak. She said the orders were issued after after lengthy conversations with jail staff.

Chambers’ letter said CDC guidelines for jails and prisons must be “rigorously implemented,” that all work assignments must be reviewed to determine if they are necessary, and that the hiring process for 40 new officers, who are waiting for their official start date, must be expedited.

“These staff need to be placed in positions at the [jail] as quickly as possible,” Chambers-Smith wrote.

The jail will also reduce in-person visitation. Attorney visits will be reduced to only during business hours and other visits to only in the event of an emergency, the letter said.

Cuyahoga County officials, along with prosecutors, probation officers and judges, also must work collaboratively when deciding when to jail someone who violates the terms of probation or who is arrested with an active warrant to keep the jail population to a manageable level. The letter said officials should prioritize jailing people who “are a threat to the public.”

State prison officials will also provide planning and technical assistance to jail officials throughout the 30-day stretch. ODRC will also make overtime available to state prison workers who volunteer to work at the Cuyahoga County Jail. The state will pay the prison guards, not the county, the letter said.

Budish and Sheriff Christopher Viland both thanked DeWine in a statement.

“The safety, health, and wellbeing of all members of our community are of utmost importance and we will continue to do everything we can to respond to this new wave,” Budish’s statement said.