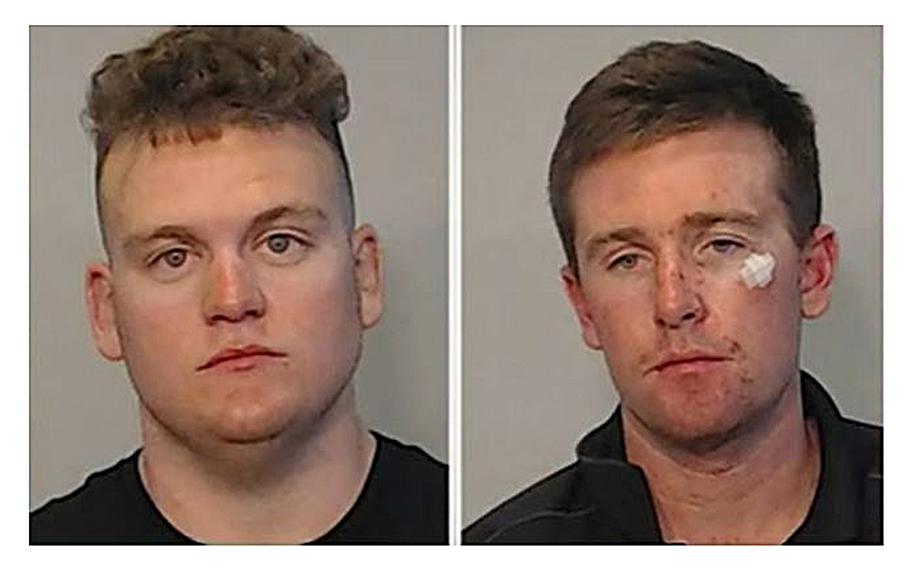 (Tribune News Service) — A Navy sailor was airlifted from Key West to a Miami hospital early Saturday morning after police said he was part of a fight on Duval Street between two off-duty sheriff’s deputies and two other sailors.

The four were jailed at the detention center on Stock Island.

Pike told police Bejar was across the street from him when the two started exchanging words. The fight followed.

Sheriff’s Office spokesman Adam Linhardt said he had no information on what the argument was about.

At about 1:45 a.m., Key West police were in the 600 block of Duval making an arrest when they heard male voices challenging one another to a fight.

Outside the Walgreens at 527 Duval St., several men were “grabbing at, striking and pulling at one another,” a Key West police officer wrote in the arrest report.

“This event happened very fast and escalated as I began walking towards the disturbance,” the officer wrote.

The deputies and sailors all face misdemeanor charges of disorderly conduct.

Pike was also charged with a felony count of battery for allegedly punching Black in the face.

Police said that after the punch Curry pushed Black to the ground. Black hit his head on the sidewalk and began to lose consciousness. It appeared that “blood was also coming from the back of James’ head onto the sidewalk,” police reported.

A loud thump could be heard from Black’s fall to the sidewalk.

Bejar’s blood dripped onto Black’s face as he held him on the sidewalk, police said.

All of the men had alcohol on their breath and had slurred speech and watery or bloodshot eyes, police reported.

Police said at first it looked like Pike, one of the deputies, was defending himself after being “ganged up on.”

But footage from one officer’s body-worn camera showed that Pike “struck James on my approach, stepped back only briefly, then struck with malice instead of separating and allowing officers on scene to take control of the conflict,” according to the report.

Pike and Bejar each had a cut on his face while Low had no injuries and later said he was trying to separate the men during the fight.

Curry and Pike will be on unpaid leave pending the criminal investigation and also an internal affairs investigation, Linhardt said.

The three sailors are with a squadron visiting the Naval Air Station Key West, he said. Both Low and Bejar’s arrest listings on the sheriff’s website say they are “military in Virginia Beach.”

“They were sailors attached to a squadron here for training,” said NAS spokeswoman Trice Denny, when contacted Saturday about the incident. “They’re from Oceana, Virginia.”

“I am saddened by this incident and it will be fully investigated,” Sheriff Rick Ramsay said in a statement. “Nonetheless, whenever something significant happens involving the sheriff’s office, good or bad, I want you to hear it from me first.”