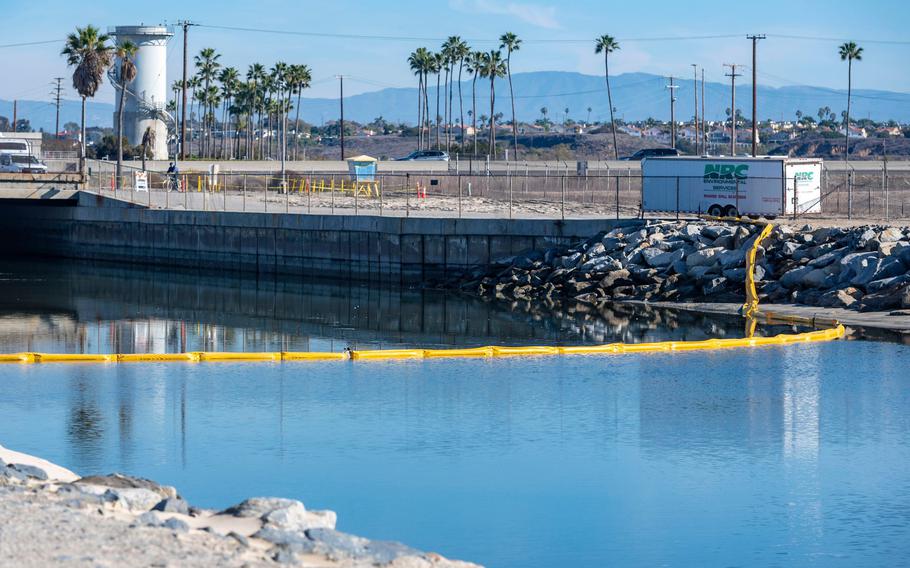 (Tribune News Service) — The pipeline breach that spewed gallons of oil into the ocean in early October remains secure, divers reported while trying to find the source of an oil sheen spotted off Bolsa Chica State Beach on Wednesday.

“The good news, is there are safety measures remaining in place for that pipeline,” Steve Gonzalez, a state Fish and Wildlife Department spokesman, said Friday morning. “This is a separate incident from that pipeline.”

Meanwhile, the U.S. Coast Guard is flying over the area again Friday to see if the sheen has dissipated or remains offshore. So far, no oil has appeared on the shore, officials said.

Samples taken from the sheen are being processed in a lab and results should be back today to find out whether the oil is from natural seepage or new leakage from an unknown source.

The process is called “fingerprinting” Gonzalez said. “If the results match baseline testing in that area with natural seepage fingerprints they have, they’ll know it’s a match.”

Natural seepage is common in the area and has been happening for thousands of years, said Gonzalez. “The problem comes when added oils enter the environment from oil spills, even storm runoff. The environment can’t handle that level of oil and problems occur.”

If results show it is not natural seepage, then they will continue to look for the source, he said.

“We’ll keep monitoring, keep looking for the sheening and figure out where it’s coming from,” he said. “But we don’t want to jump ahead, we just want to keep it step by step, for now.”

The mitigation measures for the underwater pipeline off Huntington Beach that cracked in in early October “remain in place and are holding,” announced officials with the the Unified Command, which consists of the Coast Guard, Fish and Wildlife’s Office of Spill Prevention and Response and the county.

Early estimates indicated the sheen spotted Wednesday was about 400 feet long and 100 feet across, a Coast Guard official said.

About three weeks ago, a sheen about 30-by-70-feet was determined to be possible residue from small droplets of oil coming from the damaged section of the pipeline.

Wildlife experts were also on the search for a possible oiled bird – thought to be a snowy plover – spotted by a lifeguard on Bolsa Chica’s beach late Thursday just before sundown.

It disappeared before rescuers could reach it, Gonzalez said. “It may be like a needle in a haystack.”