(Tribune News Service) — Facing a chronic backlog in visa issuance in U.S consulates and embassies around the globe due to the coronavirus pandemic, the U.S. Department of State will temporarily waive the interview requirement for nearly 50,000 immigrant visa applicants.

The agency has granted its consular officers flexibility to waive the personal appearance and in-person oath requirement, commonly known as a consular interview, to applicants who were approved for an immigrant visa in the same classification, according to a temporary final rule published Monday on the Federal Register.

The waiver will be in effect until Dec. 13, 2023. It’s designed to help “address the problem of applicants who are unable to travel due to the COVID-19 pandemic and who must meet specific time-limited criteria,” states the rule.

After an immigrant visa is issued, visa holders have up to a maximum of six months to travel to the United States and apply for admission. If admitted by a Department of Homeland Security (DHS) officer, the foreigner becomes a U.S. lawful permanent resident.

But the national emergency declared by former President Trump concerning the COVID-19 outbreak led to several proclamations that suspended entry of non-citizens.

The Department of State also suspended temporarily routine visa services at U.S. embassies and consulates, and the resumption has been slow due to safety guidelines, causing delays.

The new measure helps “allocate scarce resources to areas where personal appearances by and interviews of visa applicants are relatively more beneficial,” the State Department said.

Who qualifies for an interview waiver for U.S. immigrant visas

According to the Department, immigrant visa applicants don’t have to appear in person before a consular officer for an interview, execution of the application and oath if they meet the following criteria:

▪ The applicant seeks and remains qualified for an immigrant visa in the same classification as the expired immigrant visa or in certain automatic category conversions.

▪ There are no changed circumstances that could affect the applicant’s eligibility for the visa.

The Department estimates that there are nearly 49,000 individuals who were issued immigrant visas between Aug. 4, 2019, and Sep. 30, 2021, and have not yet sought admission in the country.

In more than 11,000 cases their U.S. visas expired before seeking admission.

In a separate news release, the agency said on Monday that applicants who qualify have to contact the consular office that issued their previous visa to inquire about their eligibility.

The sometimes feared consular interview allows the officer to assure the visa application is credible, while it provides the applicant the opportunity to correct any information. But requiring a recipient of a previously approved immigrant visa to return to the consulate “significantly” strains the resources, states the temporary rule. 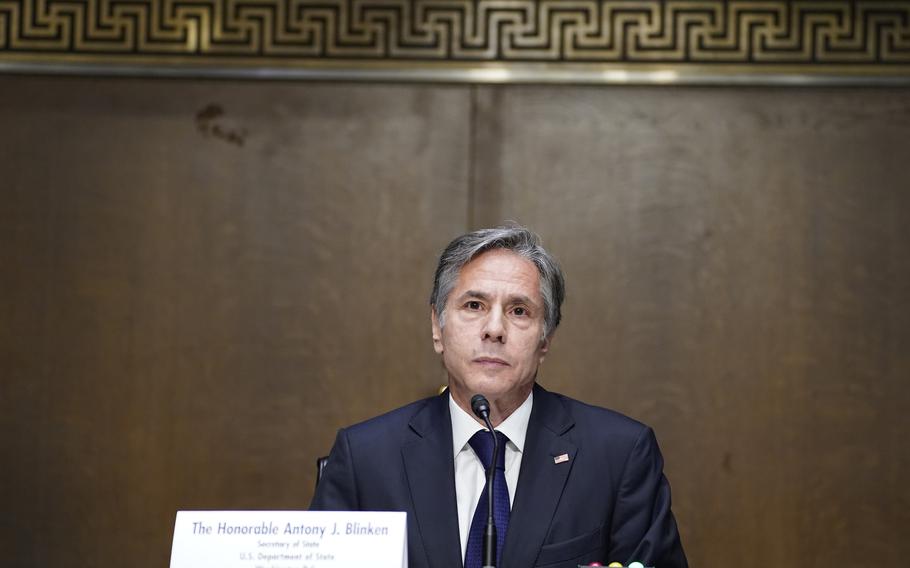