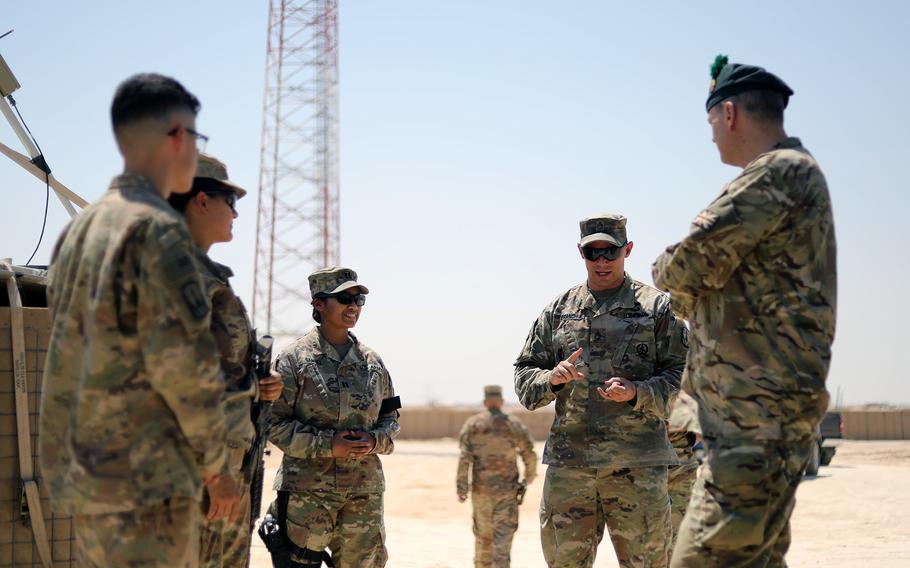 WASHINGTON — The U.S. is expected to carry out its commitment to end its combat mission in Iraq by the end of the year, chief Pentagon spokesman John Kirby said Wednesday.

President Joe Biden in July pledged to remove all U.S. troops with a combat role from Iraq by 2022 as part of an agreement with Iraqi Prime Minister Mustafa al-Kadhimi. At the time, there were about 2,500 troops in Iraq targeting Islamic State fighters.

“The United States will uphold our commitments, including that there will be no U.S. forces with a combat role by the end of the year,” Kirby told reporters Wednesday at the Pentagon.

As part of the agreement, Biden said he would keep some troops in the country to operate in an advisory role.

“U.S. forces will remain in Iraq of course at the invitation of the government of Iraq in an advising, assisting, enabling and an intelligence-sharing role to support the Iraqi Security Forces in their fight against ISIS,” Kirby said.

He did not say how many troops are now serving combat roles in Iraq. However, the U.S. has already begun shifting toward training Iraqi forces, so the change is not expected to have a major impact, defense officials have said.

The U.S. and Iraq on Thursday will conduct a meeting of its military-technical committees, which were established to discuss and implement the decisions made in the July agreement.

The two nations will issue a joint statement at the end of the meeting, Kirby said, without detailing what it would include.

The end of combat operations in Iraq comes about three months after the U.S. ended its 20 years of combat in Afghanistan on Aug. 30. However, unlike the Iraq end-of-operations, no U.S. troops remained in Afghanistan to support the government, which is now run by the Taliban.