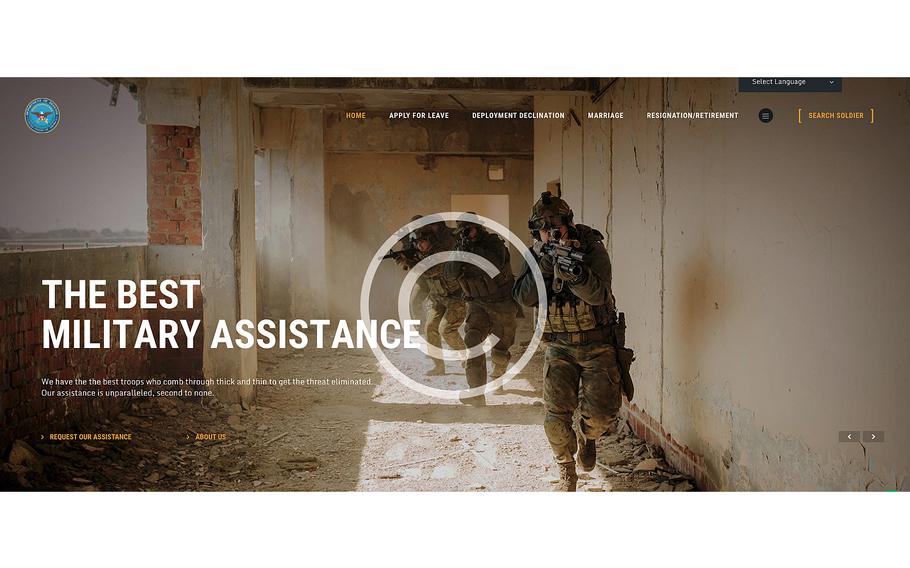 A page from a website that mimicked those from military organizations was one of several made by scammers looking to dupe the military community, a report by the cybersecurity firm Lookout, Inc. said. (Lookout, Inc.)

Scammers targeting the military community have created a network of 50 websites that aim to steal personal information or that advertise care packages and phone cards to troops for exorbitant prices, a cybersecurity firm said in a new report.

The scam has led more than 100 people to complain in an online forum about being duped, said Hank Schless, senior manager at the San Francisco-based Lookout, Inc.

Some pages charged hundreds of dollars in offers for purported phone cards to help family members get in touch with deployed troops.

Others offered care packages at vastly inflated rates. The cheapest box with protein powder, cookies and two bottles of energy drinks went for $800.

“These sites look pretty legit,” Schless said in a phone call Monday. “It sounds like the scammer was able to trick a number of people.” 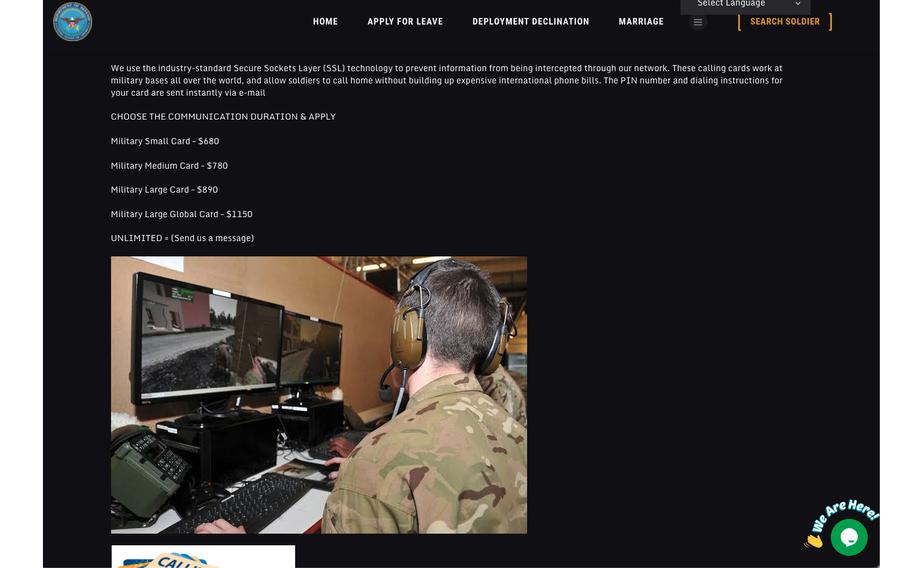 A page from a website that mimicked those from military organizations was one of several made by scammers looking to dupe the military community, a report by the cybersecurity firm Lookout, Inc. said. (Lookout, Inc.)

The most morbid false service targeted people who have had a family member killed in the line of duty. Sites offered post-death compensation in exchange for sensitive data, such as photo identification, bank account information, names, addresses and phone numbers.

“That was a pretty scummy way to play on someone’s emotions,” Schless said.

Researchers believe the scam network is based in West Africa, as the websites were primarily hosted by Nigerian providers, the report by Lookout said.

Researchers also found a phone number of one of the web developers accidentally left on the draft version of the site, and the number had the country code for Nigeria.

The sites were reported to their hosting providers, which are working to shut them down, Schless said.

Scammers frequently target the military community, according to the Army Criminal Investigation Division.

Army investigators receive hundreds of allegations a month from people who were victimized by someone they thought was a U.S. soldier, a 2019 Pentagon statement said.

One woman lost more than $70,000 after she refinanced her house to help out a scammer that she thought was her beau in the military, an earlier statement said.

Scammers prey on misinformation and uncertainty, Schless said. The number of scams has gone up during the COVID-19 pandemic, and the U.S. military withdrawal from Afghanistan also saw a rise in scam attempts, he said.

“It’s pulling on that innate desire to have information about something that we don’t know much about but know that we need to understand,” Schless said.