KANSAS CITY, Mo. (Tribune News Service) — A Missouri pharmacist has been charged with stabbing his supervisor repeatedly with a knife while at work, prosecutors said in a Dec. 3 news release.

Robert E. Sapp, a civilian pharmacist at Fort Leonard Wood, is charged with one count of assault with a dangerous weapon with the intent to do bodily harm, the release said.

Fort Leonard Wood is a military base community in southern Missouri.

Sapp, 63, was working the dispensing pharmacy window at the Post Exchange Pharmacy on Dec. 3 when his supervisor, a U.S. Army staff sergeant, came up to him, the complaint affidavit said. A fellow employee said the two started arguing, and both fell to the ground.

According to the witness, she saw Sapp standing over his boss while he stabbed him multiple times with a knife, the release said.

She said she asked Sapp, “What are you doing?” and he stashed the knife in his pocket and ran out of the pharmacy, the release said.

Two people who saw Sapp run then chased him and tried to stop him from driving away, the release said. Sapp almost hit one of them as he drove, and he escaped.

Sapp was detained by military police. When Sapp was removed from his vehicle, the affidavit says, he had a knife in his pocket with visible hair and blood on it. The vehicle also had visible blood on the interior of the driver’s side door, and Sapp had blood on his clothing, the document says.

No attorney information was provided for Sapp.

The staff sergeant was taken to a local army hospital for his stab wounds, including several to the head, the release said. He was treated for non-life-threatening injuries, officials said. 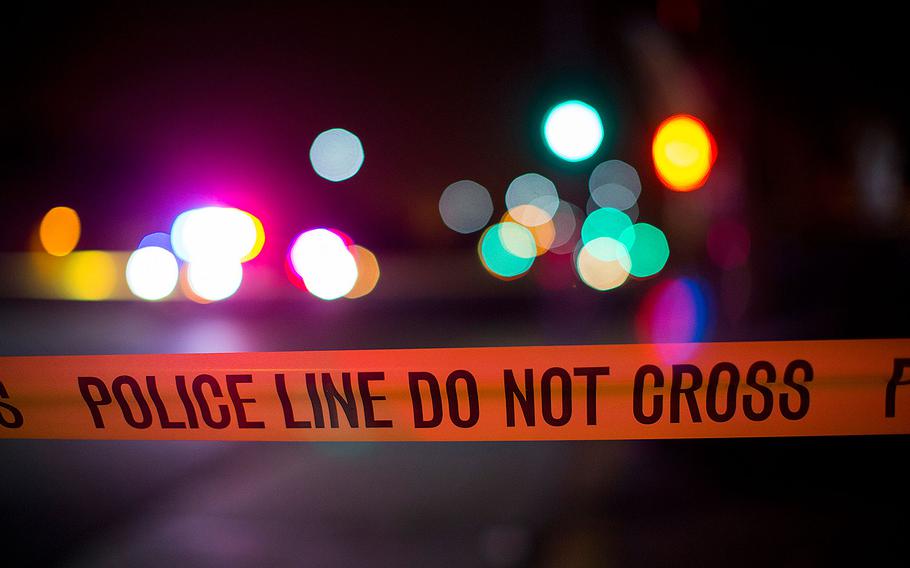