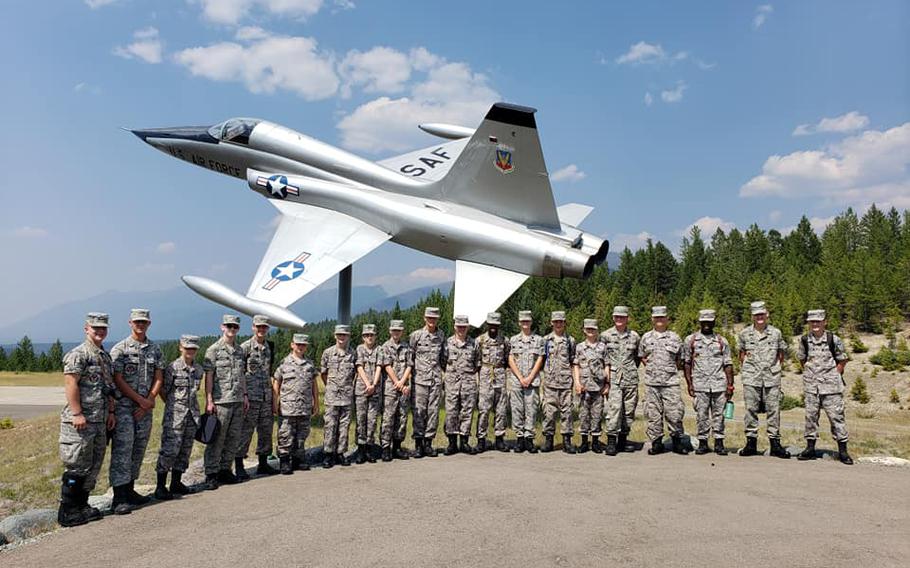 Although the group tends to fly under the radar, it was a momentous day in the Flathead Valley, home to Montana’s largest Civil Air Patrol squadron. The Flathead Composite Squadron boasts approximately 40 cadets and 27 senior members.

“It’s such an honor to be a part of,” said Capt. Wendy Thiesen with the Flathead Squadron. Thiesen and her two sons all participate with the local organization.

The Civil Air Patrol was officially established by the Office of Civilian Defense on Dec. 1, 1941.

The civilian auxiliary of the Air Force performs a range of domestic duties, including search and rescue, humanitarian assistance and disaster relief services.

Patrol members have been involved in missions ranging from defense against German submarines off the East Coast in World War II, to reconnaissance in the aftermath of 9/11, to medical supply deliveries throughout the COVID-19 pandemic.

At least 220 CAP civilian-volunteers have lost their lives in the performance of their duty over the organization’s 80-year history.

CAP members in the Flathead squadron go through constant training and physical conditioning to prepare them for activities ranging from fundraisers to search and rescue missions.

Over the past year, members in the Flathead Composite Squadron completed four missions, mostly involving search-and-rescue efforts like a search for a three-year-old missing child near Browning.

They also raised almost $40,000 last year for Wreaths across America, a nonprofit dedicated to placing wreaths on every veteran’s grave nationwide. On Dec. 17, CAP members and volunteers will place 2,500 wreaths in local cemeteries.

CAP members meet every Thursday evening from 6-8:30 p.m at the National Guard Armory. They only take a day off for Thanksgiving and Christmas.

“It is pretty intense,” Thiesen noted.

At their meetings, CAP cadets learn aerospace skills, teamwork and leadership-building, drone operations and communications practices specific to talking on a radio. CAP is open to cadets who want to fly and cadets who prefer to work on the ground.

CAP provides a great scaffold to a military career, and cadets who enter the military start at a higher rank than a basic enlisted soldier. They are also eligible for special scholarships to become pilots at training programs offered at colleges such as Purdue University.

However, Thiesen pointed out, the skills and experience gained through CAP are also conducive to many civilian pursuits, and plenty of cadets go on to pursue careers outside the military.