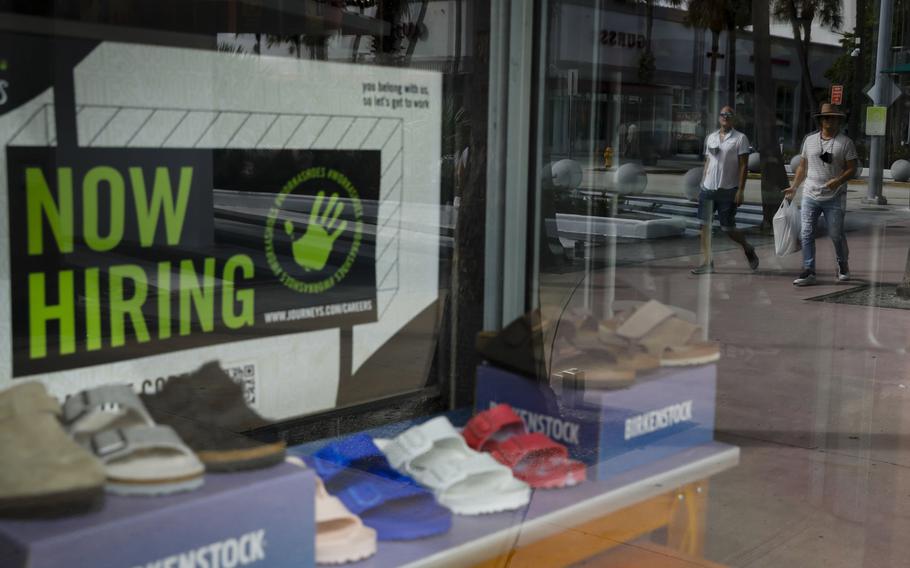 U.S. employment growth is projected to exceed a half million for a second month in November, though such momentum may be tested by a new COVID-19 strain that could keep potential workers sidelined for longer.

The median projection in a Bloomberg survey of economists are for a 546,000 increase in payrolls — which would be the most since a 1 million-plus surge in July — and for the unemployment rate to fall slightly to 4.5%. While the job market is starting to make greater strides, labor supply remains well short of demand.

The November figures could be crucial in determining whether Federal Reserve officials will decide later this month to accelerate the wind-down of emergency pandemic stimulus — a possibility flagged by Chair Jerome Powell in congressional hearings this week — to help contain the most rampant inflation in decades.

Yet another pickup in infection rates, and the rise of the omicron variant, may keep workforce participation at already-soft levels.

“If you did see another upside surprise, that could help tip the scale in favor of a faster taper,” said Sarah House, senior economist at Wells Fargo & Co. “But omicron is really a wild card. Even if you did get really strong jobs report, that might override it and keep the Fed on pause.”

Employers have dangled higher wages and sign-on bonuses to lure Americans back to work. While they’re having some success, millions remain out of the workforce.

Lingering fears of contracting the virus, despite solid vaccination rates, remain a real hurdle for many. A lack of affordable child care has also restricted working parents and COVID outbreaks continue to disrupt in-person learning at some schools.

Furthermore, trillions of dollars in government aid have allowed many to take a deliberate approach in their job seeking, while millions more Americans retired early in the pandemic with larger savings.

Since employers are desperate to hire, it’s unlikely that a resurgence in the virus will damp labor demand, said Veronica Clark, an economist at Citigroup. If anything, it would impact labor supply, but to a small extent, she said.

The level of applications for unemployment benefits is near the lows of the pandemic and points to the labor market’s continuing recovery. A report Thursday showed jobless claims rose by less than forecast last week, but seasonal adjustment difficulties are likely to persist into the new year, making the figures tricky to interpret.

“The pace of job growth in November will likely pick up from the strong reading in October, given that virus caseloads fell further during the reference week,” economists Anna Wong, Andrew Husby and Eliza Winger wrote in a note for Bloomberg Economics. “Strong wage growth also could have lured more workers back, as many pandemic government relief programs expired and inflation has begun to erode their savings.”

U.S. employers added 531,000 people to payrolls in October after large upward revisions to the prior two months, indicating greater progress filling millions of vacancies as the effects of the delta variant faded. A report Wednesday showed private payrolls increased by 534,000 in November, according to the ADP Research Institute.

There are reasons to be optimistic that the government’s employment report could add to the hiring momentum. Wages are rising at the fastest pace on record, by one measure, encouraging a record number of Americans to quit their jobs in September in search of higher pay. With the cost of living rising rapidly, many can’t afford to sit on the sidelines.

However, vaccine mandates could discourage more Americans from working in the coming months, which would further restrain labor supply, according to Andrew Hunter, senior U.S. economist at Capital Economics. Tight labor conditions will keep wages running higher, which in turn will force companies to charge consumers more for goods and services, he said in a note.

“Unless productivity growth stages a marked upturn, that will continue feeding through to higher price inflation,” Hunter said.