Weekly jobless claims plunge to 199,000, the lowest level in more than 50 years 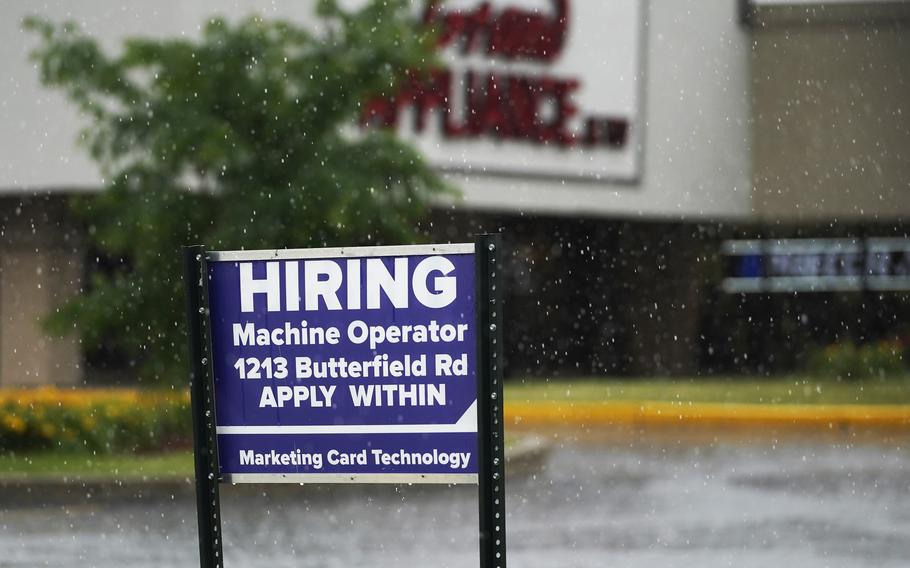 WASHINGTON — Americans were greeted Wednesday to a spate of positive economic news, a preholiday lift signaling that many of the wrinkles to the nation's recovery continue to be smoothing out, at least temporarily.

Chief among them were the surprisingly strong marks for the labor market. The number of Americans filing initial unemployment claims tumbled to 199,000 — the lowest level since November 1969 — the Labor Department reported Wednesday.

Separately, the Commerce Department said that consumer spending increased by 1.3% in October, its fastest pace since March, in a sign that Americans are continuing to spend despite rising prices.

Meanwhile, the trade deficit in goods narrowed 14.6% in October according to a Commerce Department estimate, to $82.9 billion from $97 billion in September. That's its lowest level since October 2020, according to PNC Bank economist Bill Adams.

"The recovery is picking up in the fourth quarter after head winds from the delta wave and supply chain turmoil," Adams said. "These releases vindicate the argument that the problems that held back the economy in the third quarter were temporary."

Of particular note were unemployment claims, a proxy for layoffs, which fell more than 71,000 the week ending Nov. 20, compared with the week before. It represented the eighth straight week of declines and a pivotal shift, as claims are now well below pre-pandemic levels. In 2019, average weekly jobless claims hovered around 220,000. Some economists, however, cautioned that the numbers were likely a product of seasonal adjustments.

Still, the drop marks a stark contrast with this time last year, when roughly 700,000 claims were filed. It's also a reflection of the tight labor market, which has companies scrambling to retain and expand their workforces.

"It is fair to say we didn't see that coming," Mark Hamrick, senior economic analyst at Bankrate, said Wednesday in emailed comments to The Post. "Getting new claims below the 200,000 level for the first time since the pandemic began is truly significant, portraying further improvement."

President Joe Biden on Wednesday touted the unemployment report as an example of the "historic economic progress" being made by his administration.

"We have more work to do before our economy is back to normal, including addressing price increases that hurt Americans' pocketbooks and undermine gains in wages and disposable income," Biden said in a statement.

The trade deficit data was hailed as a positive sign about the potential easing of supply chain disruptions.

"The peak is likely past for the trade deficit," Bill Adams, an economist at PNC Bank said. "The trade deficit surged as American consumers splurged on consumer goods during 2020's lockdowns, and continued to rise in the summer and autumn of 2021 as the turmoil in global shipping freaked out importers, who front-loaded purchases ahead of the holiday shopping season. The supply chain is coming unclogged now."

Adams said that the cost to ship a freight container from Shanghai to Los Angeles has dropped to the lowest level in the last two weeks since July.

"Shipping costs will likely continue to fall as the seasonal slowdown in China-to-U.S. imports hits in the first quarter, and as energy shortages in Europe and China weigh on demand for industrial commodities over the winter months," he said.

Yet the economic picture remains complicated.

Unemployment is still higher than it was before the pandemic, and many more workers have left the workforce entirely because of child care concerns or other issues — a lingering puzzle for policymakers who are trying to get millions of Americans back to work.

Coronavirus cases, an ever-present threat to the economic recovery, are rising in many regions of the country — an increase powered by the legions of Americans who have refused to get vaccinated.

The Labor Department's monthly jobs report, which will be released next week, is expected to shed more light on the labor market, which has been improving at a steady clip this year. Overall, the country has added about 581,000 jobs a month in 2021, gaining back some 5.8 million jobs lost in the pandemic.

The United States still needs to regain some 4 million jobs to get back to where it was before the pandemic.

And though jobless claims have ticked lower in recent weeks, a record 4.4 million Americans, or roughly 3% of the labor force, quit their jobs in September, according to data from the Bureau of Labor Statistics.

The new report had little effect on Wall Street. Investors were more focused on disappointing earning reports from retailers, which are struggling with supply chain issues, inflation and staffing. The three major U.S. indexes were nearly flat Wednesday afternoon.