The way participating pilot John Graham sees it, the aerial mission was akin to a small-scale Berlin airlift.

Of course, there was a major difference: The military operation of 1948-49 was designed to break a Soviet blockade of the allied sections of Berlin; the Navajo Christmas Airlift was a civilian-led project aimed at ferrying much-needed supplies to people lacking enough food, medical supplies and water.

The nonprofit Southwestern Indian Foundation collects and distributes the goods to citizens of the Navajo Nation. Among other challenges, a 2020 Prosperity Now report says nearly 36 percent of residents in the area struggle with household incomes below the federal poverty threshold.

The initiative started in Arizona in 1984, but this year there was something different about the mission: It was the first time New Mexico pilots took part.

“I think it is a good way to kick off the holiday season, particularly heading into winter and the Christmas season,” said Graham, a longtime pilot with the Civilian Air Patrol in New Mexico. “They have a need, and I think this can help.”

He said 12 New Mexico pilots flying a total of 10 missions took part in the all-volunteer event. Airlift coordinator Greg McColley of Phoenix said the airlift generally delivers 10,000 pounds of goods. This year, it hit the 14,000-pound mark, a record.

And the extra pilots and planes meant the airlift, which usually comprises one plane after another landing at the airport to unload its cargo, was spread out over three days so the facility could accommodate the traffic, McColley said.

“I suspect this three-day scenario is something we will be continuing,” he said.

His late parents, Dick and Betty McColley, founded the airlift in an effort to do something to help impoverished Navajo Nation residents who struggled with accessing enough food, water and household- and school-related goods.

He said his father had been involved with aerial service organizations for some time, while his mom worked for the state of Arizona, which meant together they had a lot of contacts and ideas to make the project a reality.

It started with fewer than 10 pilots and planes flying into the Window Rock, Ariz., airport before evolving, over time, into a regular fleet of at least 40 airplanes, which necessitated moving operations to the larger Gallup airport.

The pilots are responsible for collecting donations. Some pilots rely on local donors, friends and church groups, McColley said.

“I want every plane filled,” he said. “I don’t want people running up there with a couple of bags. I want them filled.”

Last year, because of the coronavirus pandemic, the participants chose to truck in virus-related supplies like personal protection equipment and vaccines, McColley said.

The mid-November run gives the pilots a better chance of avoiding potential winter storms that could ground the operation, he said.

He said just last year he began thinking about ways to bring New Mexico pilots into the initiative. He reached out to the New Mexico Pilots Association and Graham reached back to see how to help.

“I’m ecstatic about New Mexico,” McColley said. “Now that we have a seed planted there, I want to see what that means in the future in terms of New Mexico contributing to this effort. 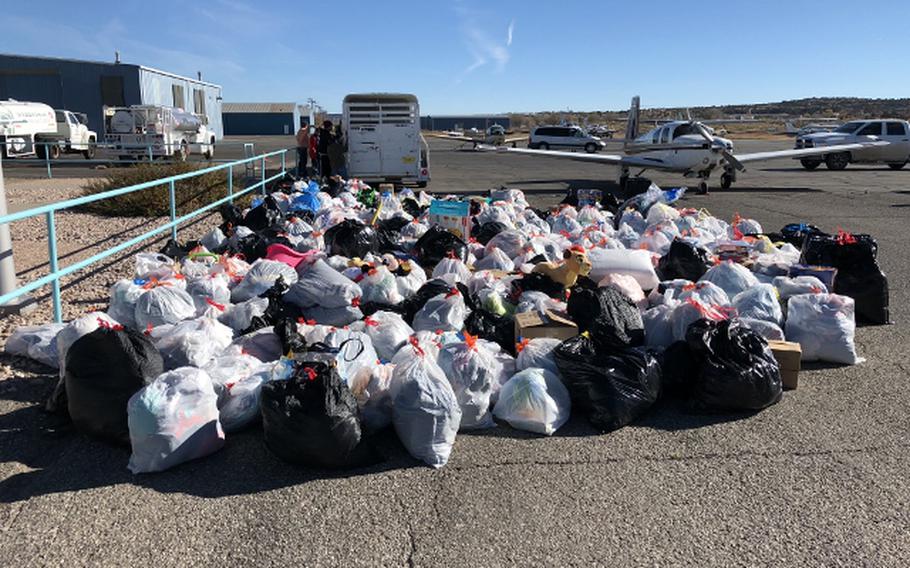