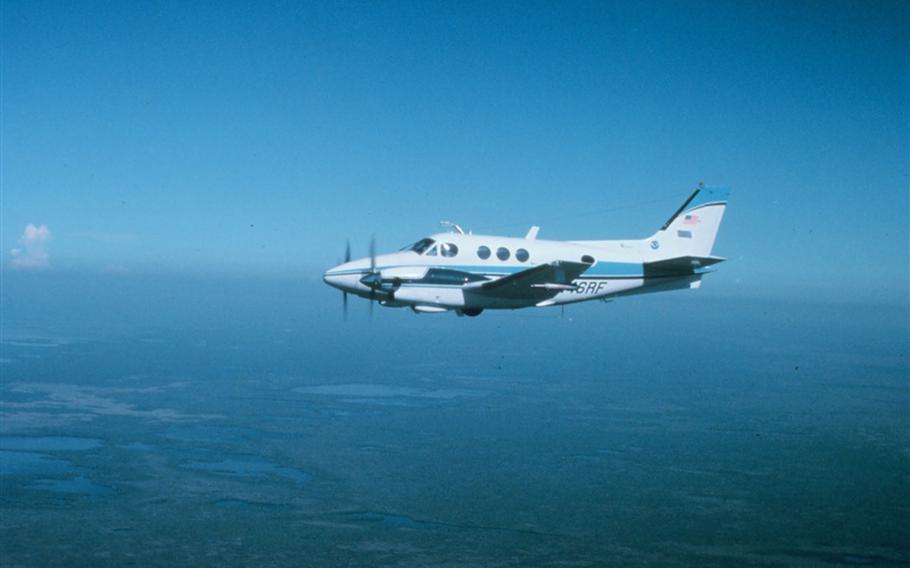 As the first winter storms rolled through this month, a King Air C90 turboprop aircraft contracted by the hydropower company Idaho Power took to the skies over southern Idaho to make it snow.

Flying across the cloud tops, the aircraft dropped flares that burned as they descended, releasing plumes of silver iodide that caused ice crystals to form and snow to fall over the mountains. In the spring, that snow will melt and run downstream, replenishing reservoirs, irrigating fields and potentially generating hundreds of thousands of additional megawatt hours of carbon-free hydropower for the state.

Idaho Power, a private utility serving more than half a million customers in southern Idaho and eastern Oregon, has used cloud seeding to pad its hydroelectric power production for nearly two decades. But over the past few years, the utility has ramped up its snow-making efforts at the behest of state officials concerned about dwindling water supplies.

This year, the western United States is in the midst of one of its worst droughts in recent memory. As of Tuesday, about one-third of the country — mainly west of the Rocky Mountains — is experiencing severe to exceptional drought. Nearly all of Idaho is under at least a severe drought.

Today, Idaho cost-shares the cloud-seeding program, estimated to produce 1 million acre-feet of additional water annually, to the tune of about $2 million a year. In April, the state passed a bill to expand its cloud seeding efforts.

Residents of the Gem State aren’t the only ones embracing cloud seeding, a 75-year-old technology that many scientists still view with skepticism. With a recent experiment providing the first unambiguous evidence that cloud seeding can increase snowpack levels, research into artificial rainmaking is undergoing a small renaissance.

As the West experiences a historic drought and climate models point to more dry spells in the future, states are doubling down on their cloud seeding programs.

“I definitely think it’s one of those things that we can’t ignore, as far as drought mitigation,” said Julie Gondzar, the cloud seeding program manager for Wyoming. While cloud seeding won’t end a drought, Gondzar says, it can “slowly, incrementally” increase snowpack over time. Right now, every little bit helps. 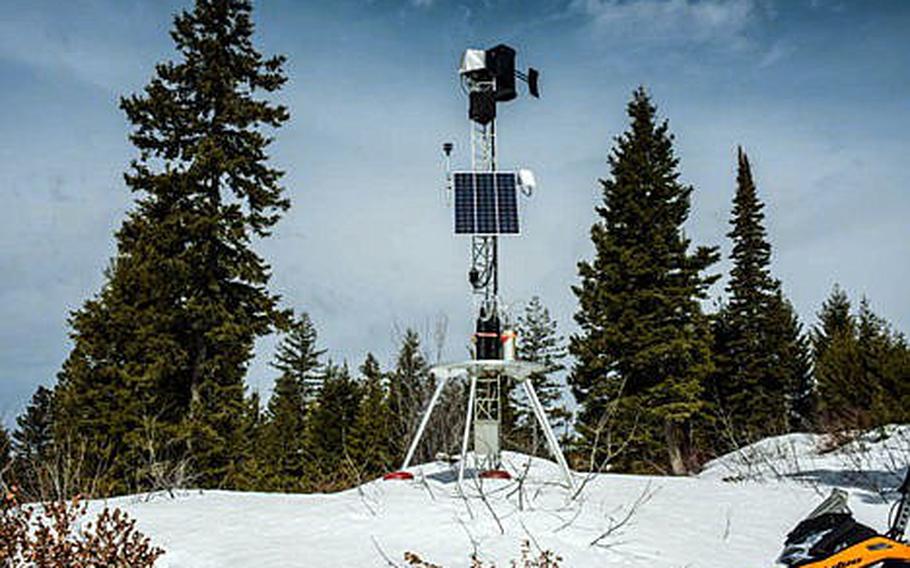 The premise of cloud seeding is simple. Certain clouds contain large amounts of “supercooled liquid” water, or water that exists in a liquid state below the freezing point. At temperatures below about minus-5 degrees Celsius (23 Fahrenheit), adding particles of silver iodide to that water can promote ice crystal formation, resulting in additional snowfall.

But while the basic principles of cloud seeding were worked out in the 1940s and more than 50 countries were running cloud seeding programs as of 2017, scientists have long struggled to quantify how effective cloud seeding is — if it even works at all.

A six-year study that Wyoming conducted from 2008 to 2013 — among the most ambitious done thus far — estimated that cloud seeding can boost precipitation within seedable clouds by about 3.3% over the winter season. But those findings did not meet key thresholds for statistical significance, meaning scientists were unable to say for sure that the extra snowfall produced by seeded clouds wasn’t the result of chance.

Other studies have measured gains of up to 10 percent but have been similarly unable to prove that the benefits were actually due to seeding, according to Sarah Tessendorf, a scientist at the National Center for Atmospheric Research (NCAR) who studies cloud seeding.

“Most statistical programs,” studies that compare the amount of precipitation from randomly seeded clouds and unseeded ones, “have failed to meet statistical significance,” Tessendorf said. “And that’s been really hard to overcome. The signal from cloud seeding is often very small and within the range of natural variability.”

In 2017, NCAR teamed up with a consortium of universities and Idaho Power to launch a first-of-its-kind experiment called SNOWIE (Seeded and Natural Orographic Wintertime Clouds: The Idaho Experiment). From January to March, the researchers used specialized aircraft to inject silver iodide into clouds over the Payette Basin north of Boise and measured the impact on snow using a suite of aerial and ground-based radar, snow gauges and models.

The results, published last year in the Proceedings of the National Academies of Sciences, were unambiguous: Cloud seeding works. On three occasions, the researchers saw ice crystals form inside seeded clouds in the exact zigzag pattern the aircraft had flown.

“We were able to show the ice and snow forming in the clouds, and track it to the ground to quantify how much additional snow fell in those clouds,” said Tessendorf, a co-principal investigator for SNOWIE. “That was big — that really put cloud seeding back on the map.”

There are lots of research questions left to answer. Eighteen additional cloud seeding attempts by the SNOWIE team didn’t have a clear effect on snowfall. The program, which is funded to run for two to three more years, is now focused on teasing out any subtle effects of seeding that might have occurred during those attempts and using high-resolution computer models to better quantify cloud seeding under a range of conditions. The temperature of the clouds, the amount of supercooled liquid water inside them, and conditions like wind direction all play a role in cloud seeding’s effectiveness.

“We need to dive a little more into how much water we can really generate, when does it work and when doesn’t it work,” said Katja Friedrich, a scientist at the University of Colorado Boulder and co-principal investigator for SNOWIE.

As the science of cloud seeding continues to advance, a number of states out west - some of which have done operational cloud seeding for decades — are expanding their programs in the face of persistent water shortages.

The Idaho Water Resource Board, which helps fund Idaho Power’s cloud seeding program in the Boise, Wood and Upper Snake River basins, is conducting a statewide climatology assessment to identify other basins that might benefit from cloud seeding.

In September, the board authorized funds for a pilot cloud seeding project in the Bear River Basin in southeastern Idaho this winter. Idaho Water Resource Board executive officer Brian Patton explained that seeded basins have seen “a fairly impressive increase in water supplies” — up to 15% in some years. “The folks over in the Bear River are looking at that and saying ‘We want in on that, too.’”

This month, Colorado, which has conducted cloud seeding operations since the 1950s, is hoping to install ground-based silver iodide generators in the North Platte River Basin bordering Wyoming. For two winters, both states have been seeding their respective sides of the basin using aircraft.

“We’re excited to see the effectiveness of both programs in one basin,” said Andrew Rickert, the cloud seeding program manager at the Colorado Water Conservation Board.

Part of the reason that states out west are embracing cloud seeding, despite lingering uncertainties about the benefits, is that it’s cheap. Utah, which estimates that its statewide network of 165 silver iodide generators boosts snowpack by 5 to 15 percent, says the program cost works out to just $2.18 per acre-foot of water produced.

But there is an even more fundamental reason that cloud seeding is gaining popularity. “The only way to add water to the system is through cloud seeding,” Rickert said. “I do think it’s gaining support because of the dire straits we’re in with regards to drought.”