Senate pushes action on defense bill to after Thanksgiving 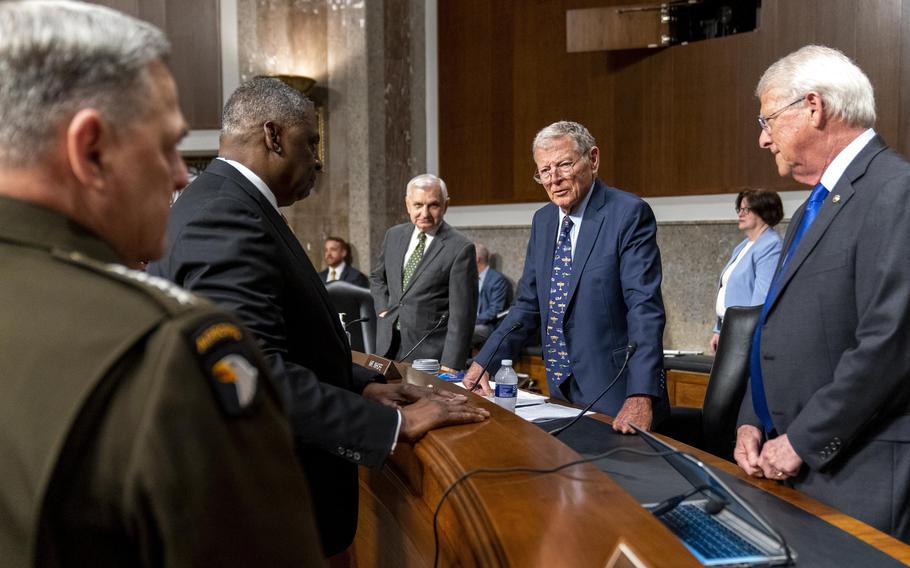 WASHINGTON (Tribune News Service) — The Senate on Friday pushed off further action on its annual defense policy bill until after the Thanksgiving break, having failed to strike a deal on which amendments will get votes.

CQ Roll Call obtained a list of 57 amendments that Reed plans to include in the manager's package, a group of noncontroversial proposals that can be adopted without objection. Of the amendments, 27 are sponsored by Democrats and 27 by Republicans, and three are bipartisan.

These include an amendment from Illinois Democrat Tammy Duckworth to create an Independent Afghanistan Commission to scrutinize two decades of government decisions over the course of the Afghanistan War.

Others that made the cut were the entirety of the intelligence authorization bill, introduced by Intelligence Committee Chairman Mark Warner, D-Va.

Some of the amendments require the Defense Department to produce reports or conduct studies. Mazie K. Hirono, D-Hawaii, has one that tasks the Defense Department with creating a report on the readiness of the Virginia-class submarine fleet. Another, proposed by Arkansas Republican John Boozman, would require the Pentagon to conduct a study on the incidence of breast cancer among active duty service members.

Nevada Democrat Catherine Cortez Masto 's amendment to require the comptroller general to assess the quality and nutrition of the food available at U.S. military installations was also included in the manager's package.

Almost 20 other amendments appear poised for debate and individual votes, but Democrats and Republicans could not reach an agreement on that group, so it remains unclear exactly how the Senate will handle them.

This group includes an effort by Josh Hawley, R-Mo., to strip out a provision in the underlying bill that would require women to register for the draft. Bernie Sanders, I-Vt., has an amendment that would roll back the $25 billion increase to the Defense Department's budget. The Senate and House versions both added that amount to the Biden administration's request for $743.1 billion, authorizing around $768 billion in both cases.

Kentucky Republican Rand Paul is seeking a vote on his amendment to block any Pentagon funds from going to the Taliban, which took control of Afghanistan over the summer as the U.S. withdrew its troops.

An amendment from Kansas Republican Roger Marshall would prohibit the Defense Department from taking any adverse personnel actions against service members who refuse to be vaccinated against COVID-19.

While senators in some cases know the Senate will reject their amendments, they are still eager to secure votes in order to get senators on the record on issues they see as important.