Americans load up on firewood as home-heating costs skyrocket 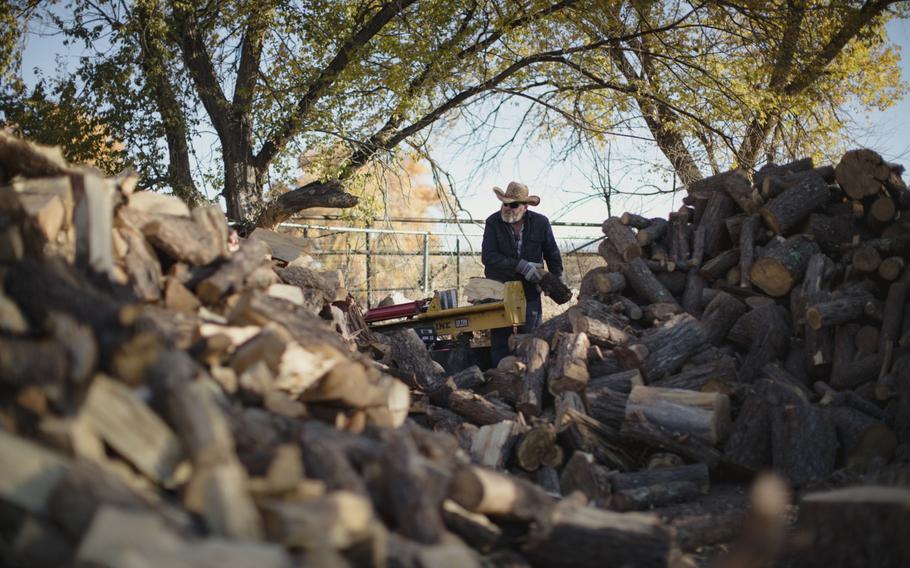 Amid the inflation surge that's rippled through the U.S. economy and touched thousands upon thousands of products, one of the more obscure items on the list is firewood.

It's a fuel from earlier times, so niche an industry that no one appears to even try to track pricing on a national level.

Talk to firewood vendors in state after state, though, and they'll all tell you the same thing: Sales are booming on the eve of winter, and prices are soaring.

At Firewood by Jerry in New River, Arizona, a cord of seasoned firewood -- roughly 700 pieces or so -- goes for $200 today. That's up 33% from a year ago. At Zia Firewood in Albuquerque, the price is up 11% since the summer to $250. And at Standing Rock Farms in Stone Ridge, a bucolic, little town in the Hudson Valley that's become popular with the Manhattan set, the best hardwoods now fetch $475 a cord, up 19% from last year.

"It's crazy," says Randy Hornbeck, the owner of Standing Rock Farms. His sales this year are already 27% higher than his total for all of last season. "Everybody wants firewood."

Some of this is a work-from-home thing. White-collar workers cooped up in their suburban homes or country escapes are re-discovering the joys of an evening by the fire. This is the typical Hornbeck client. But there's a grimmer economic force driving the surge in demand, too: Soaring prices for heating oil, natural gas and propane -- key parts of the broader inflation surge -- are pushing many Americans to try heating their homes at least partially with firewood.

At Central Arkansas Fireplaces in Conway, a suburb of Little Rock, the flood of orders for woodstoves has been so overwhelming that units purchased today won't be delivered in time for this heating season. "You can't get a stove until at least April," says Lakin Frederick, an employee at the store.

The spike in home-heating costs is a common theme Frederick hears from new buyers. Firewood, she says, has become scarce in the area, too. "There are not enough people who are cutting and supplying wood right now."

Just over 1% households will use firewood or wood pellets as their primary heating source in the U.S. this winter, the U.S. Energy Information Administration estimates. That may not seem like a lot, but it equates to some 1.7 million households. What's more, another 8% of the population will use wood as a secondary heating source, according to the EIA.

Given how much cord prices are now spiking, the switch to wood isn't always a clear-cut money saver for homeowners. It depends on a lot of factors: the quality of the wood, the length of time it was seasoned, the efficiency of the stove and its location in the home, among other things. (These factors also help determine the amount of pollution that's generated by the fire.)

One sure money loser is burning wood in a conventional fireplace. Those fires may be pretty to look at, but they're a woefully inefficient source of heat.

Over the course of American history, there have been any number of booms in the firewood business. One of the earliest episodes came during the British siege of Boston at the outset of the Revolutionary War. That winter, the price of a cord -- a centuries-old benchmark measuring 128 cubic feet -- soared to $20, the historian David McCullough documented in his book "1776." That's the equivalent of some $635 in today's dollars, according to calculations by the website in2013dollars.com. In more recent times, just about every major spike in energy prices in the past half century has triggered a rush into wood-burning among some segments of the population. These fevers invariably fade as soon as the energy crisis does.

This one almost certainly will, too. But not before the surge in home-heating costs inflicts more financial pain on working-class families already struggling in the pandemic. The Biden administration's sudden calls for greater oil production across the globe -- a shocking move considering its push to fight climate change -- underscores how badly the jump in energy prices is hurting Americans at the pump and at home.

"Everyone is extremely concerned about how they are going to pay for the cost of home heating," says Brian Pieck, the owner of House of Warmth Stove and Fireplace Shop in New Milford, a town in rural western Connecticut. That angst, he says, has translated into an almost 50% jump in orders for the woodstoves he sells at prices of $2,800 and up. "Our manufacturer is working feverishly around the clock."

Across the state line, Hornbeck's wealthier clientele in the Hudson Valley typically isn't bothered by such financial considerations.

Still, they keep buying wood at a relentless clip. Hornbeck's already sold 3,300 cords of oak, ash, hickory and other hardwoods this season and, at this pace, anticipates running out of seasoned logs by February. Some customers, he says, have even started locking in several years worth of orders to get ahead of the rush.

His advice to those in search of wood next season: Order it by Easter. Or, alternatively, buy an axe and split your own.