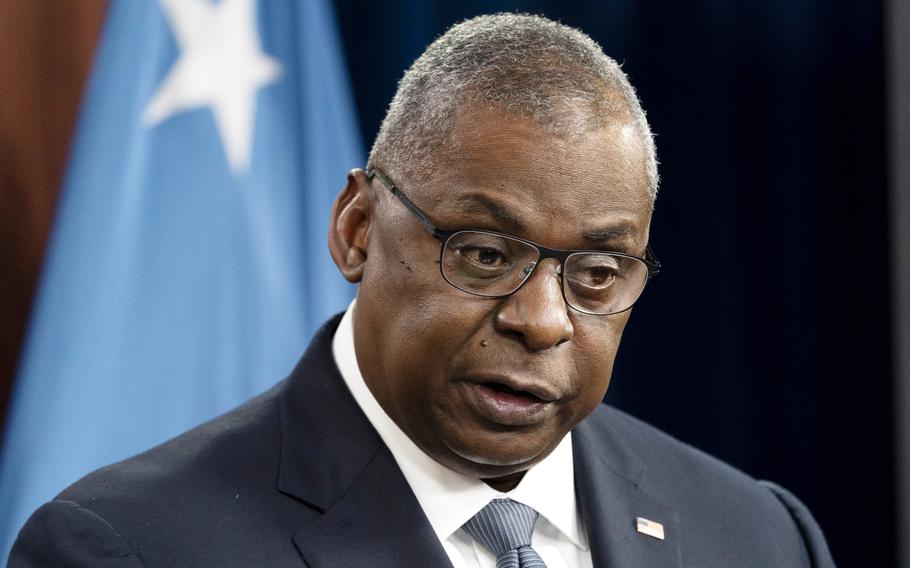 The Pentagon will temporarily boost the Basic Allowance for Housing rates for thousands of troops in parts of the country that have seen spikes in rental costs this year amid the ongoing coronavirus pandemic, Defense Secretary Lloyd Austin announced Wednesday.

Austin approved the temporary BAH increase for all troops in locations where rental prices have risen at least 10% during 2021. His memorandum issued Wednesday also directed commanders to new resources meant to give them tools to help their troops who might face economic challenges or don’t have sufficient amounts of food as consumer prices increase at the highest rate in decades.

“Our men and women in uniform and their families have enough to worry about — basic necessities, like food and housing, shouldn't be among them,” Austin told reporters in a news briefing at the Pentagon. “This is a readiness issue. And that's why I'm focused on making sure that our service members and their families have what they need to thrive so that they can focus on the hard work of defending our nation.”

Austin also approved the military to reimburse service members for the cost of temporary lodging — typically in hotels — beyond the current 10-day limit in locations with tight housing markets.

BAH rates are set in individual locations where service members are stationed and vary based on local markets, but Austin’s temporary increase authorization would likely impact troops at dozens of bases in the United States. Rent prices for one- and two-bedroom apartments in the U.S. have increased on average nearly 20% since last year, according to an October report by Apartment Guide.

Nearly every state saw some rental rate increases, Apartment Guide found. In September, Oregon, Nevada, Florida and Arizona saw the largest year-over-year spikes for two-bedroom apartments, according to Apartment Guide. The average two-bedroom rent price jumped about 41% in Oregon and about 38% in Florida.

Austin directed the Army, Navy and Air Force departments to provide an update on the economic issues impacting troops within 90 days.

In a rare news briefing by defense secretary, he revealed the new steps just ahead of the holiday season, noting the economic issues, which primarily impact junior enlisted troops, can be felt more this time of year.

It also comes about one week after the federal government announced Nov. 10 that inflation had increased 6.2% in the last 12-months, the largest year-over-year jump since 1990.

Austin’s memo pointed military leaders to the Pentagon’s new Military Leaders Economic Security Toolkit, which provides them information about signs their troops might be facing food insecurity, educates them on how to discuss the issue and where they might find help.

Not having sufficient amounts of food is not a new issue among the military’s lowest paid troops. Lawmakers have spent years attempting to address the problem, which they have said impacts thousands of service members.

BAH payments for service members is counted as income in the federal system, which often disqualifies low-paid troops from the federal food assistance program known as the Supplemental Nutrition Assistance Program, or SNAP. A measure included the House-passed version of the fiscal 2022 National Defense Authorization Act — the annual bill that sets Pentagon policy and spending priorities — would address that issue by approving a “basic needs allowance” for service members whose pay is “at or below 130 percent of the Federal Poverty Guideline,” according to Rep. Jimmy Panetta, D-Calif., a military veteran.

Sen. Tammy Duckworth, D-Ill., who is also a military veteran, introduced a similar measure that she hopes the Senate will include in its version of the NDAA, which it has yet to vote on, her office said Wednesday.

In Austin’s memo, he called on military leaders to think continually about ways to help their troops deal with economic issues.

“This is a complex problem and every part of the Department [of Defense] will own a piece of the solution,” the defense secretary wrote. “… I expect leaders at all levels to continually look for ways we can strengthen economic security in the force.”