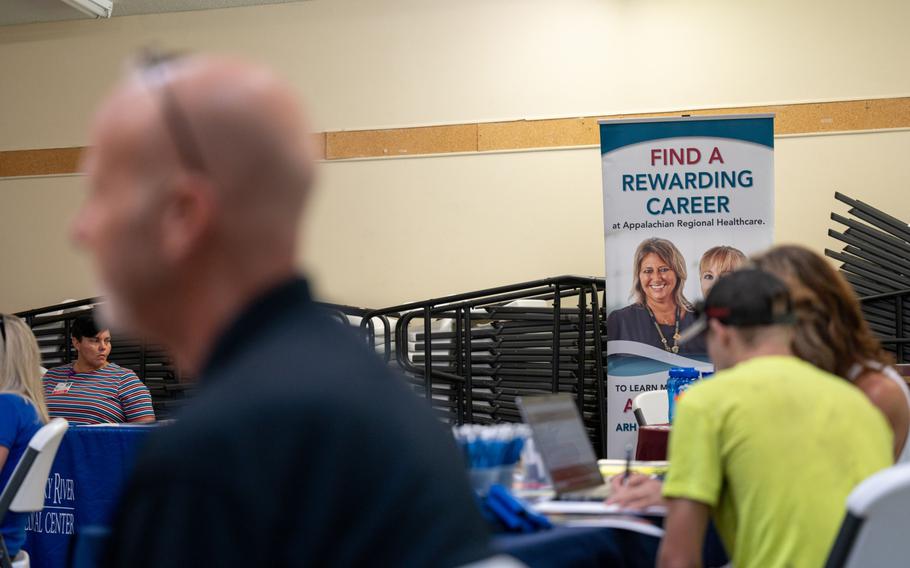 The government sharply underestimated job gains for most of 2021, including four months this summer in which it missed more job growth than at any other time on record.

In the most recent four months with revisions, June through September, the Bureau of Labor Statistics (BLS) reported it underestimated job growth by a cumulative 626,000 jobs — that's the largest underestimate of any other comparable period, going back to 1979. If those revisions were themselves a jobs report, they'd be an absolute blockbuster.

In an average month before the pandemic, estimates would be revised by a little over 30,000 jobs, or just 0.02% of all the jobs in the United States. The recent revisions to the jobs reports have been much larger.

The missing jobs surfaced through revisions to the widely watched non-farm payrolls number that BLS releases each month. The data is considered preliminary until it has been revised twice. The fixes are typically minor, but recent revisions have been big enough to turn a substantial slump into a surprising surge.

It's happened before during this pandemic. Revisions in the already calamitous months of March and April 2020 found the economy had lost 922,000 more jobs than initially reported. Also, earlier in the pandemic, BLS drew criticism for a misclassification error in a different survey, which BLS economists said greatly understated the unemployment rate. Due to the way certain survey questions were interpreted, millions of workers who said they had a job but couldn't work due to coronavirus shutdowns were marked as absent rather than as temporarily unemployed.

This time, the payrolls data has been obfuscated as businesses have been slow to respond to government surveys amid the chaos of the pandemic — part of a larger pattern in which the deadly virus has wreaked havoc on federal statistics.

Angie Clinton, the BLS section chief who oversees the payroll number crunching, said there have been more large revisions since the start of the coronavirus pandemic, but that revisions are a sign of the system working as intended.

"We're just improving the estimate using everything we know up through the month we're releasing, really," Clinton said. "I mean, it sounds counterintuitive to most people because revisions — they think, 'Oh, they got it wrong the first time.' But no, we got it right, based on what the sample told us. But going forward we receive more sample, some corrected records, and recalculate seasonal factors, which together may indicate a different story."

The revisions have recast the narrative of a summer slowdown. In August, when economists expected a strong follow-up to the 943,000 jobs the economy added in July, the BLS announced the U.S. added only 235,000 jobs. Headlines dubbed it a "colossal miss" as job growth took a "giant step back." Two months later, revisions based on additional data showed August jobs grew by 483,000, more than double the anemic original reading. It was the biggest positive revision in almost four decades.

After the revisions, disappointing months like August looked a lot more like October, a month that was hailed as a labor market rebound. In hindsight, while a blockbuster June and July were even better than they looked, they didn't lead to months of stagnation — they diminished somewhat, but still produced solid, steady growth that continued through October.

President Joe Biden may have even paid a political price for the lackluster jobs numbers. From April to June, polls found that most Americans (51%) approved of Biden's handling of the economy, according to an average of polls from Fox, NBC, Quinnipiac and The Post. But as bad economic numbers came out and the national political climate turned south, those numbers fell steadily — in October, just 39% approved of Biden's handling of the economy, while 57% disapproved.

"Naysayers and detractors from Biden's agenda are going to exploit any 'bad' economic indicator they can as evidence for why Biden has it wrong on the economy or why Biden's Build Back Better proposal gets it wrong on the economy, and in that sense underestimates of the jobs numbers are not helpful," said Lindsay Owens, executive director of the left-leaning Groundwork Collaborative.

However, Biden's falling economic-approval numbers during that period could also be attributed to other issues, such as rising inflation and the controversial and abrupt Afghanistan withdrawal, which have dragged Biden's approval down across the board, Owens said. In that environment, a few slow jobs reports may not have been the primary driver of public opinion, Owens said.

Each month's revisions simply reflect economists' new best estimate, based on additional data. For example, when businesses report a surprisingly good month, such as this October, the seasonal adjustment algorithms look back on previous months with the benefit of hindsight. A good October likely didn't come out of nowhere: The August and September estimates probably missed some growth. So, some of the jump in October is assumed to have occurred earlier, and a portion of the October gains are reallocated back to previous months.

These best-guess first estimates are often refined as responses straggle in from more of the 697,000 establishments surveyed each month, including major employers, government agencies and a rotating cast of small businesses. The businesses are asked how many people they employ, how much those people are paid excluding bonuses, and how many hours those are paid for.

In a typical recent month, about a quarter of the responses have come in late. When businesses don't respond, economists and their models must account for all the reasons a business might not return a survey, including the possibility that it may have suddenly closed up shop. They must also account for newly formed businesses that won't be on their survey rolls quite yet.

Jane Oates, the president of the employment-focused nonprofit WorkingNation and a Labor Department official in the aftermath of the Great Recession, said the coronavirus crisis and subsequent worker shortage put many employers under amazing stress. One plausible explanation for the Labor Department's chronic underestimates is that the employers who were hiring the most were too busy to respond to the survey, so initial responses missed the fastest-hiring firms.

"Back in the Great Recession, there were many employers who were impacted but now every employer is impacted. Everybody is scrambling for talent. And I bet there's just a higher percentage of them missing the deadline," Oates said.

Before the pandemic, about 60% of contacted businesses responded to the survey, BLS data show. By May 2021, the most recent month for which data is available, that had declined to 49%. Those low response rates may have played a role in the unusually high revisions seen during the past two years.

Rather than showing that BLS has failed, the revisions are a tribute to the agency's commitment to getting the numbers right, said Cornell University economist Erica Groshen, who served as BLS commissioner from 2013 to 2017.

"They take their responsibilities very seriously," Groshen said. "They're very transparent about their methodology and they're always trying to improve that."

BLS is a professional civil-service agency. The only political appointee, the commissioner, has no access to numbers before they are finalized. The economists and statisticians entrusted with the jobs numbers work with almost fanatic secrecy, Groshen said.

When staffers worked in the offices, before the pandemic, security was so tight that, if window washers appeared outside their windows, staff would get up and close the blinds. Staff had to empty their own trash from their locked-down offices - outside workers, even cleaners, aren't allowed to enter the inner sanctum of statistics.