The Consumer Financial Protection Bureau filed the lawsuit in federal court in Fort Worth, citing violations of the Military Lending Act, which limits the annual rate military families can be charged to 36%. The suit also named Cash America West, a related business unit that operates pawn stores in Arizona, Nevada, Utah and Washington.

The government agency alleged that FirstCash violated a 2013 order against its predecessor company that prohibited future military lending violations. It’s seeking an injunction and a civil money penalty.

In a statement, FirstCash said it considers the allegations to be “without merit.”

“FirstCash deeply respects members of our military and their families,” the company statement said. “We will seek to engage with the CFPB and respond to the allegations appropriately.”

FirstCash operates over 2,800 pawn shops in the U.S. and Latin America. Just last month, it struck a $1.17 billion deal to move into the “buy now, pay later” space with its acquisition of Dallas-based American First Finance Inc.

According to the lawsuit, FirstCash and Cash America West made more than 3,600 pawn loans between June 2017 and May 2021 that violated the military lending law. Those loans occurred at the companies’ Arizona, Nevada, Utah and Washington stores.

Those stores make up only about 10% of FirstCash’s nationwide pawn-loan operations. The lawsuit said CFPB also believes FirstCash stores in other states made loans with excessive interest rates.

In 2013, CFPB leveled the same accusations against Cash America International Inc., which FirstCash bought three years later. Cash America agreed to pay up to $14 million in refunds to military families and other consumers for robo-signing court documents in debt collection lawsuits. It also was fined $5 million. 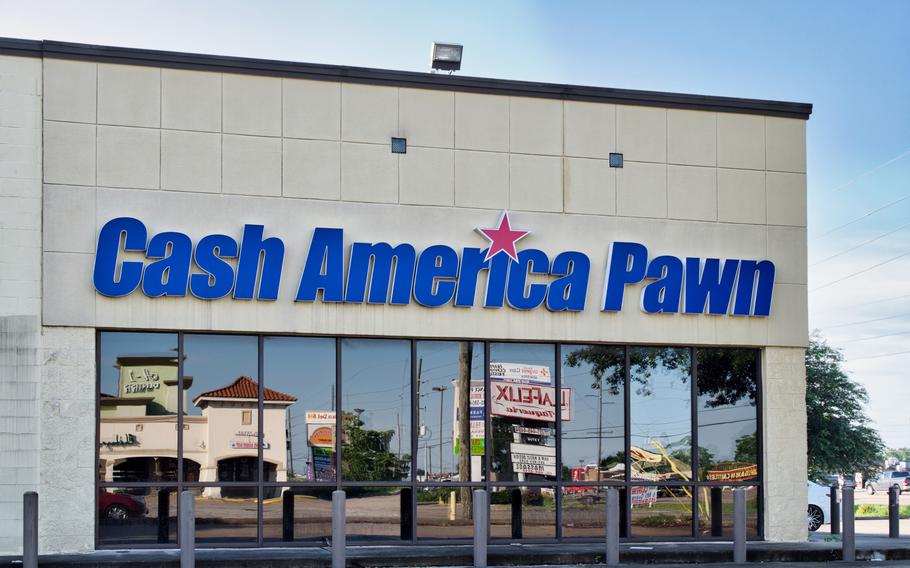