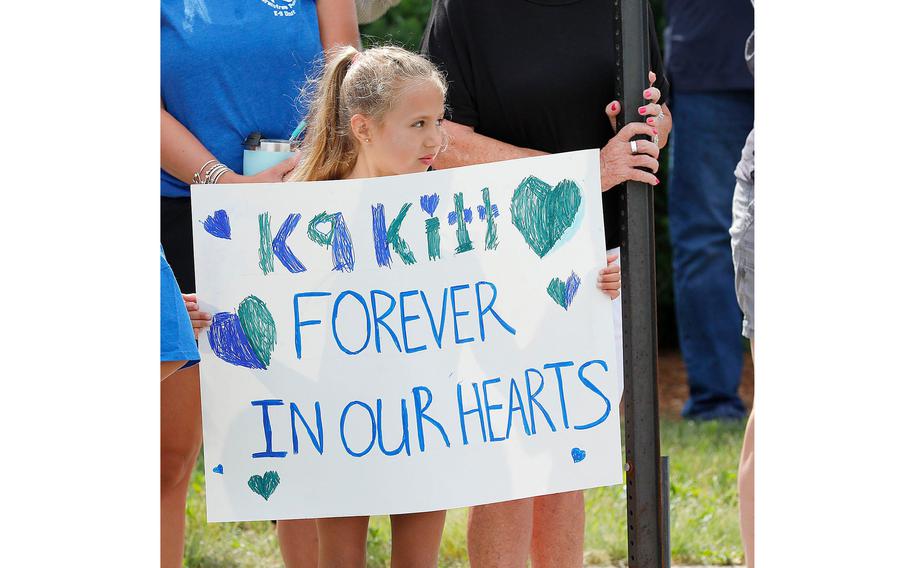 Brooke Wheaton, 6, made a sign to remember police dog Kitt at a funeral on June 22, 2021. (Greg Derr, The Patriot Ledger/TNS)

BRAINTREE, Mass. (Tribune News Service) — Three Braintree police officers injured during a gunfight at the Braintree Village apartments in June were honored by the Massachusetts National World War II Memorial Committee during a ceremony at the police station last week.

Braintree police officers William Cushing, Matthew Donoghue and Richard Siebert were presented with Peace Medals by the committee. One of the designers of the medal was longtime Braintree resident Charles MacGillivary, an Army sergeant who received the Medal of Honor for his actions during the Battle of the Bulge in World War II.

Ed Sullivan, of Weymouth, the chairman of the memorial committee, said the award is given to those who maintain peace both at home and abroad.

Cushing and Donoghue were both wounded in the incident, and Siebert is credited with saving their lives by rendering first aid to his fellow officers. The gunman who fired the shots was killed.

Also honored at the ceremony was Cushing’s canine partner, Kitt, who was shot and killed during the confrontation.

“You folks did something very heroic that day,” Norfolk County Treasurer Michael Bellotti, a longtime county sheriff, said of the officers. “You did not let anyone down.” 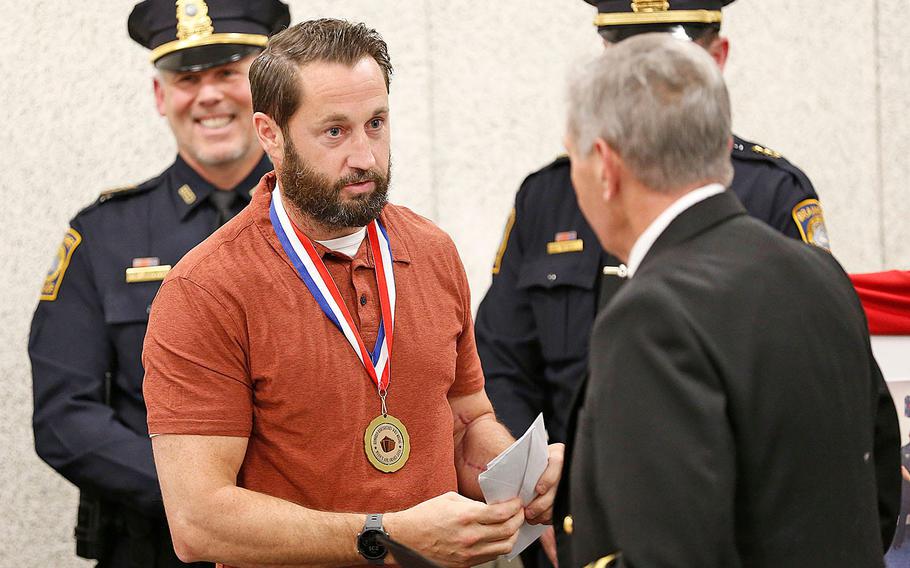 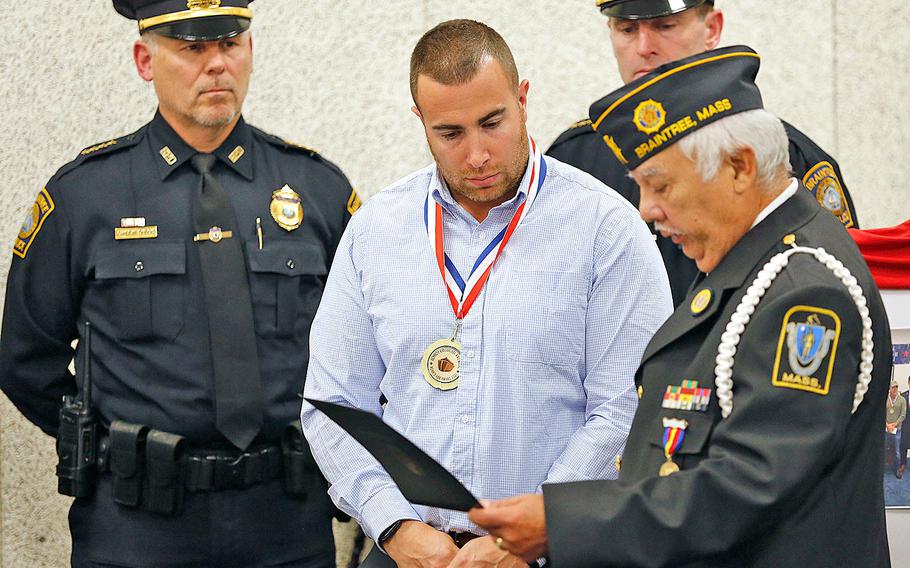 Braintree Mayor Charles Kokoros said he was part of the hiring process that brought Cushing to Braintree, and called him “a great community police officer.”

“The honorees are excellent in terms of achievement,” Bratton said via Zoom.

And while all law enforcement officers risk their lives on the job, the risks are higher for K-9 officers, Kokoros said.

“Being a K-9 officer means you are on the front line all the time,” he said.

George Regan, a memorial committee member, said the committee is giving the police department a new police K-9 and will pay the training expenses.

Siebert was away on vacation and did not attend the ceremony.

Many of the officers’ Braintree police colleagues attended the ceremony in the station’s roll call room, as did honor guards from the State Police and the Braintree Veterans Council. State Police bagpipers played “Amazing Grace” in tribute to Kitt.