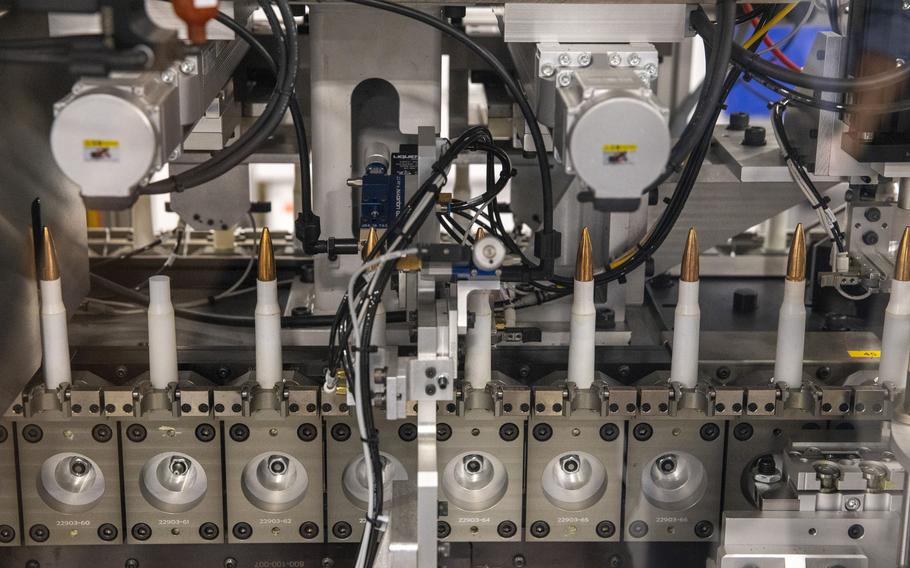 GARLAND, Texas (Tribune News Service) — A Garland company competing for a contract to make next-generation ammunition for the U.S. Army is acquiring a weapons designer and manufacturer in a deal valued at $84 million.

True Velocity said its acquisition of LoneStar Future Weapons will bolster the company’s intellectual property by adding a “preeminent” portfolio of weapons and projectile technology patents. True Velocity makes lightweight bullets with polymer casing instead of brass and holds 340 existing or pending patents.

Earlier this year, the companies partnered with General Dynamics to compete for the U.S. Army’s Next Generation Squad Weapons contract expected to be worth billions of dollars. The Army is looking for a lighter and more reliable weapon to replace the standard M249 Saw automatic weapon used in every major military conflict since the U.S. invaded Panama in 1989.

True Velocity said its team is one of two under consideration, with a decision expected early next year.

“Incorporating LoneStar Future Weapons’ innovative approach to weapon design and manufacture, along with [its] significant intellectual property portfolio and licensing expertise, into TV Ammo’s holdings strategically positions our business to have a lasting and meaningful impact on the lethality of U.S. fighting forces,” said True Velocity chairman and CEO Kevin Boscamp in a statement.

It also positions the company to compete for future military contracts, Boscamp said.

True Velocity, founded in 2010, is capable of making about 58 million rounds of ammunition a year at its 80-employee, 66,500-square-foot facility. But the U.S. Army contract would require it to increase production exponentially. True Velocity’s leaders have a new area nearby picked out for expansion in anticipation of the contract.

LoneStar Future Weapons’ expertise is in research and design, and precision manufacturing.

“Together, our American-owned, American-based companies will provide our warfighters with the very best weapons and ammunition to protect our nation,” said LoneStar chairman Craig Etchegoyen in a statement.