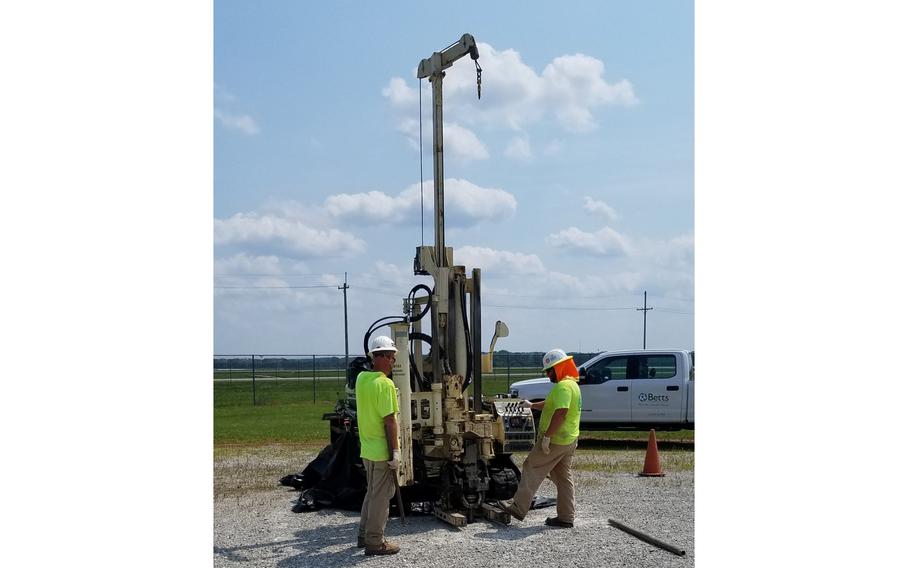 (Tribune News Service) — A Pennsylvania company has been hired to remove toxins from the water at Wright-Patterson Air Force Base.

The U.S. Army Corps of Engineers recently awarded a $5.9 million contract to Weston Solutions LLC to help remove per- and polyfluoroalkyl substances from ground and surface water at the facility, the base said in a recent release.

Also known as “PFAS,” the water chemicals are a group of toxins common in industrial and other uses. They have been linked to cancer, and have become a local and national environmental concern.

The project is underway now, the base said. The team has received Environmental Protection Agency approval; collected soil, surface water and groundwater samples on affected sites; and analyzed the cost of actions, the base said.

Westron Solutions, based in West Chester, Pa., has offices on East Monument Avenue in Dayton.

“The objective of the actions is to protect human health and the environment as quickly and efficiently as possible,” Greg Plamondon, a remedial project manager at the Air Force Civil Engineer Center, said in the base’s announcement. “This includes the protection of Airmen, site workers and any potential downgradient receptors impacted by PFAS at the sites.”

The team will treat the Hazmat Storage Facility on Area B of the base and current and former fire-training locations in Area A to “permanently mitigate and minimize human exposure to soil, groundwater and surface water that contains PFAS, chemicals formerly used in aqueous firefighting foam.”

Several Miami Valley communities, including Dayton, have grappled with PFAS contamination in recent years. Low levels of the contaminants were detected in 24 Southwest Ohio public water systems in counties such as Greene, Montgomery, Clark and Warren, according to the Ohio EPA. They made those discoveries while testing the more than 1,550 public drinking water systems across the state to determine if PFAS were present.

However, those results might have been misleading because Ohio’s health advisory for the toxins, dubbed “forever chemicals,” is one of the highest in the country, a local ground water expert told the Dayton Daily News at the time.

Said the base: “The Air Force continues to evaluate and determine solutions for health effects, concerns about food safety and agriculture commodities, risk management of PFOS and PFOA in the nation’s products, and technology to eliminate or reduce any negative impact.”

Questions were sent to a representative of Wright-Patterson’s host unit, the 88th Air Base Wing.