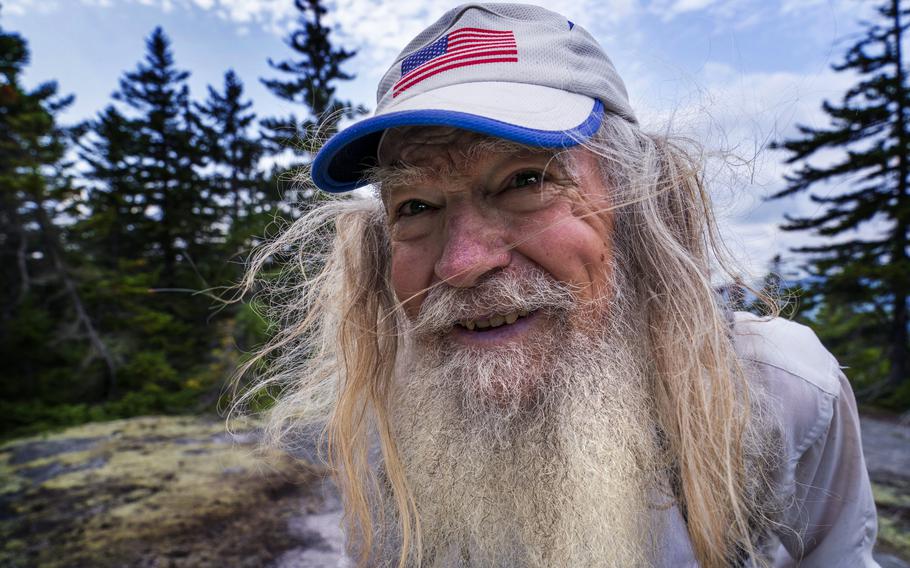 PORTLAND, Maine — An 83-year-old from Alabama started walking when he retired more than a quarter-century ago — and never stopped.

M.J. “Sunny” Eberhart strode into the record books Sunday as the oldest hiker to complete the Appalachian Trail.

Eberhart, known by the trail name Nimblewill Nomad, acknowledged that despite having tens of thousands of miles under his belt, the trail was tough going at his age, leading to quite a few spills on slippery rocks.

“I’ve a got a couple of skid marks on me, but I’m OK,” he said in a recent interview. “You’ve got to have an incredible resolve to do this.”

He hiked the trail out of order, in sections, to take advantage of optimal weather, and had already completed northern sections including Maine’s Mount Katahdin. He completed his final section in western Massachusetts, in the town of Dalton, in the same year in which a 5-year-old became among the youngest to complete the feat.

Joining Eberhart for the finish was the former record holder, Dale “Greybeard” Sanders, who lives outside Memphis, Tennessee. He completed the hike at age 82 in 2017. He’s not sad to see the record fall.

“My dear friend Nimblewill is taking my record away from me, and I’m happy for him. Records are made to be broken,” Sanders said.

Sanders confirmed the completion of the feat as Eberhart was toasted with Champagne at a friend’s house.

Jordan Bowman, of the Appalachian Trail Conservancy in Harpers Ferry, West Virginia, confirmed that Eberhart is the oldest to finish the trail, surpassing Sanders.

Eberhart began his wanderlust in earnest after retiring as an optometrist in Florida in 1993.

The man with flowing locks and an impressive beard actually hiked farther than most who traverse the 2,193-mile (3,530-kilometer) trail that runs between Georgia's Springer Mountain and Maine’s Katahdin. He started his hike in February at his home in Flagg Mountain, Alabama, adding hundreds of extra miles to the route.

The journey represented a modest distance, relatively speaking, for a guy who trekked 4,400 miles (7,080 kilometers) from the Florida Keys to northern Quebec, an adventure he chronicled in a book, “Ten Million Steps.” He later hiked from Newfoundland to Florida, an even greater distance. He also walked from Chicago to California on Route 66.

He said he was feeling his age on this hike. His reflexes aren’t what they once were, so he tried to limit himself to eight hours of hiking a day. 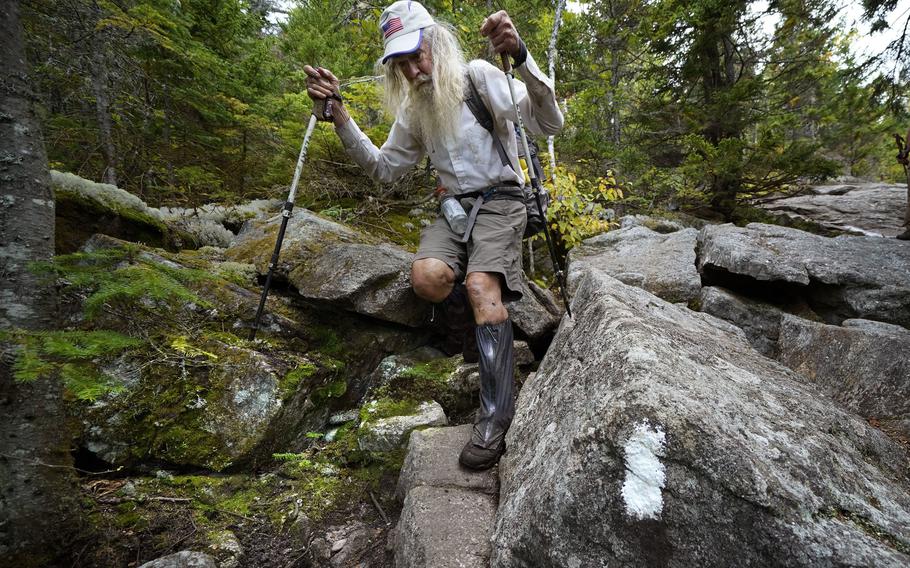 But he still got banged up.

On a recent day in New Hampshire, he took a tumble and bloodied his elbow. A hiking companion asked if he wanted to take a break.

Eberhart retorted, “Do you think if I complain about it it will go away?” before picking himself and pressing onward, said Odie Norman, of Huntsville, Alabama, who hiked 100 miles with Nimblewill.

Eberhart’s age puts him at the opposite extreme from a pair of young hikers who completed the trail during the pandemic.

A 4-year-old, Juniper Netteburg, finished her journey with her missionary parents last year, and a 5-year-old, Harvey Sutton, from Lynchburg, Virginia, completed the trail with his parents in August.

Eberhart actually met Sutton, known as Little Man, on the trail. The youngster “impressed the dickens out of me,” Eberhart said.

Eberhart hasn’t lost his desire to keep moving or to seek the sense of calm that he finds on the trail in the company of the tight-knit and diverse hiking community.

His first major hike coincided with a search for peace after lugging emotional and mental baggage that involved a divorce and losing the respect of his children, he said. He eventually found his peace, and forgiveness.

“You can seek peace. That doesn’t mean that you’re going to find it. I persevered to the point that the good Lord looked down on me and said you’re forgiven, you can be at peace,” he said recently during a break near the Maine-New Hampshire border.

“It’s a profound blessing. It’s as simple as that,” he said.

With the hike over, Eberhart will return to his home at Flagg Mountain, the southernmost mountain topping 1,000 feet in the Appalachians, where he serves as caretaker of a fire tower and cabins built by the Civilian Conservation Corps.

“He said, ‘You know they’re calling this my final hike.’ Then he laughed," Norman said. "I don’t think it’s going to be his last hike. I just don’t think he knows what’s he's going to hike next.”