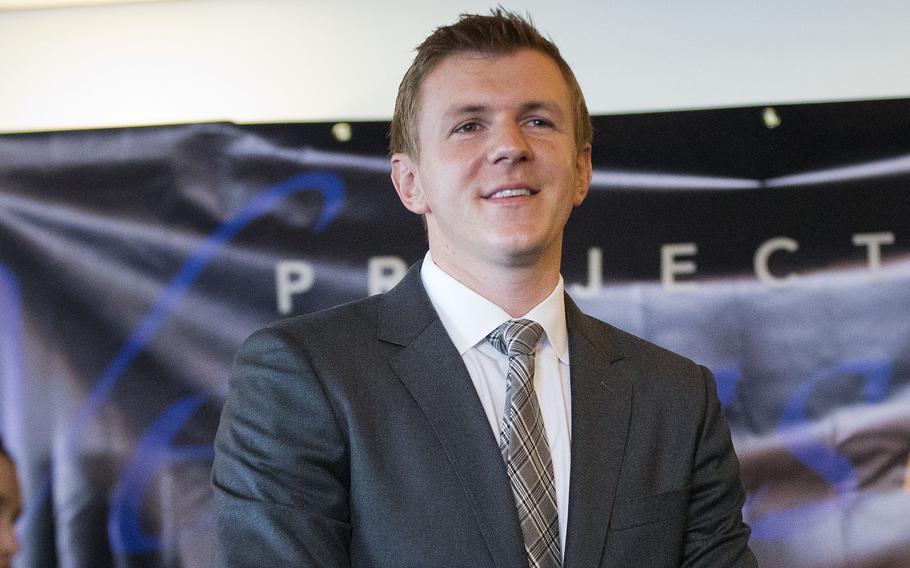 At the center of the matter is a right-wing website’s publication in late October 2020 of several images from a handwritten diary purportedly belonging to Biden’s 40-year-old daughter, Ashley Biden. According to the website, a digital copy of the diary was provided by “a Project Veritas whistleblower” a week and a half before the Nov. 3, 2020, presidential election. (Pablo Martinez Monsivais/AP)

The FBI has conducted two searches at the homes of people tied to the right-wing activist group Project Veritas as part of an investigation of the circumstances surrounding a diary reportedly belonging to President Joe Biden’s daughter, the contents of which became public just before the 2020 election, according to people familiar with the matter who spoke on the condition of anonymity to discuss an ongoing investigation.

The searches, first reported by the New York Times, took place Thursday, one at an apartment on East 35th Street in New York City and another at a home in Mamaroneck, N.Y., the FBI confirmed Friday.

At the center of the matter is a right-wing website’s publication in late October 2020 of several images from a handwritten diary purportedly belonging to Biden’s 40-year-old daughter, Ashley Biden. According to the website, a digital copy of the diary was provided by “a Project Veritas whistleblower” a week and a half before the Nov. 3, 2020, presidential election.

Project Veritas is known for using undercover tactics to expose what it says is liberal bias in the mainstream news media.

On Friday, O’Keefe said his group’s legal team had previously contacted the Justice Department to demonstrate there was no criminal activity or intent behind how they came to be in possession of the diary. O’Keefe claimed that tipsters they “had never met or heard of” had approached Project Veritas late last October saying they had a copy of Ashley Biden’s diary, which they supposedly had found after moving into a place where she had stayed before.

O’Keefe claimed that Project Veritas tried to return the diary to a lawyer for Ashley Biden but that the attorney refused to authenticate it, and then that they gave the diary to an unspecified law enforcement agency “to ensure it could be returned to its rightful owner.”

“We never published it,” he added.

O’Keefe’s statement, however, did not address the other right-wing website’s claims that someone from Project Veritas had provided a digital copy of the diary.

At the time, most media outlets, including conservative ones, did not cover the publication of the digital images from the diary. Throughout the 2020 campaign, President Donald Trump and his allies were far more fixated on attacking Hunter Biden, Ashley Biden’s half brother. Separately, Hunter Biden confirmed last December that his taxes are under federal investigation.

O’Keefe on Friday said that FBI agents had seized notebooks belonging to Project Veritas associates and that the FBI had requested he not speak about a grand jury subpoena the group had received. He also stated the U.S. attorney’s office for the Southern District of New York was involved in the raids. A representative for that office did not immediately respond to a request for comment Friday.

O’Keefe also tried to suggest there was something amiss with the timing of the Times’s story Friday. Project Veritas is currently suing the Times, alleging defamation for a previous story.

“Within an hour of one of our reporters’ homes being secretly raided by the FBI, The New York Times, who we are currently suing for defamation, contacted the Project Veritas reporter for comment,” O’Keefe said. “We do not know how The New York Times was aware of the execution of a search warrant at our reporter’s home, or the subject matter of the search warrant, as a Grand Jury investigation is secret.”

He lashed out at the Justice Department for claiming the diary was stolen and investigating the matter, saying it “smacks of politics.” According to the Times, the probe was opened under the jurisdiction of Trump’s Justice Department, led by then-Attorney General William Barr, after federal authorities received a report that Ashley Biden had been burglarized.