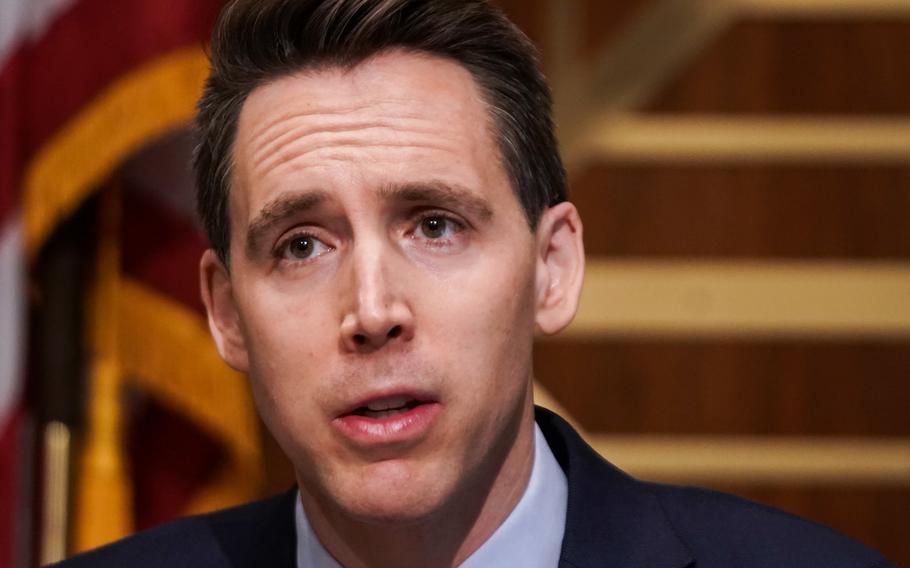 The lawsuit, filed by the Campaign Legal Center on behalf of the gun control advocacy group headed by former U.S. Rep. Gabby Giffords, alleges that the NRA illegally coordinated with Hawley’s campaign by funneling money through the political strategy group the Missouri Republican uses to help run his campaigns.

It alleges the NRA spent $35 million since 2014 to support seven candidates named in the complaint — Hawley and Montana Senate candidate Matt Rosendale in 2018; Sen. Ron Johnson and former President Donald Trump in 2016; and Sens. Thom Tillis, Tom Cotton and Cory Gardner in 2014.

“We are suing the NRA to finally hold them accountable for actions that corrupted politicians who were supposed to protect Americans from gun violence, illegally influenced critical elections and undermined our democracy,” said David Pucino, Giffords Law Center Senior Staff Attorney.

Of the seven candidates, the lawsuit only names Hawley and Rosendale. The Campaign Legal Center attributed this to unspecified “technicalities in the procedural requirements for those suits.”

Lars Dalseide, a spokesman for the NRA, called the lawsuit a “premeditated abuse of the public.”

“This latest action is as misguided as it is transparent,” Dalseide said. “Suffice it to say, the NRA has full confidence in its political activities and remains eager to set the record straight.”

The lawsuit specifically mentions the political consulting firm Hawley has used throughout his political career, OnMessage Inc. The lawsuit alleges that those running OnMessage also operated a company called Starboard Strategic, which the NRA used to create ads in support of Hawley’s campaign. That would mean that the same company — and consultants — were placing political ads for both the candidate and the NRA, which would be an illegal under campaign finance laws.

Brad Todd of OnMessage, who is specifically mentioned in the complaint, also didn’t respond.

Kyle Plotkin, who works for Hawley’s campaign, said the lawsuit was “frivolous.”

“This is a frivolous lawsuit by a special interest anti-gun group who wants to take away the rights of law-abiding gun owners,” Plotkin said.

The organization filed complaints against Hawley and other lawmakers with the Federal Election Commission (FEC) in 2018. When the elections commission didn’t act, it took the case to U.S. District Court, which ruled that the FEC had to make a ruling within 30 days. When the agency again failed to act, Giffords was allowed to make its case directly to the courts.

The lawsuit asks that the NRA be banned from making these types of contributions in future elections and that the organization pay up to $35 million to the U.S. Treasury. It also asks the court to prevent Hawley from receiving illegal contributions from the NRA in the future and to impose a fine on his campaign.

The fine could be as high as the amount the lawsuit says he received from the NRA, which would be close to $1 million. Gabby Giffords, an Arizona Democrat, was shot in the head during a 2011 campaign event in Tucson. She is married to U.S. Sen. Mark Kelly, also a Democrat from Arizona. Her group donated $5,000 to former U.S. Sen. Claire McCaskill’s unsuccessful campaign against Hawley.

During the 2018 campaign, The Kansas City Star reported that OnMessage gave direct guidance and tasks to the taxpayer-funded staff of the Missouri attorney general’s office, which raised legal and ethical questions about mixing politics with public business. ©2021 McClatchy Washington Bureau.