US suicides fall for second year in a row during pandemic 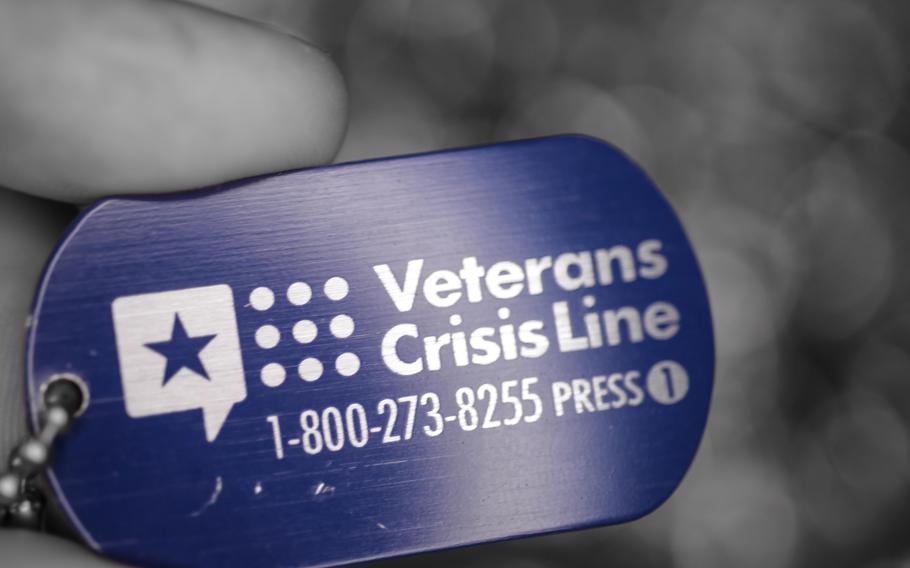 A photo illustration with the telephone number of the Veteran’s Crisis Line. (Zachary Hada/U.S. Air Force)

Suicides fell in the U.S. for the second year in a row in 2020, even as the pandemic took an added toll on Americans' mental health.

The number of suicides dropped 3% last year, including a substantial decrease in April amid lockdowns, according to provisional data from the Centers for Disease Control. The decline, following a 2% drop in 2019, came after suicides soared 35% from 1999 to 2018.

In spite of the overall progress, young males and even children saw a spike in suicides, including a 13% jump for boys ages 10 to 14, the data show.

"We know that since the start of the pandemic, some youth and young adults have experienced higher rates of suicidal thoughts and behaviors," said Christine Yu Moutier, chief medical officer at the American Foundation for Suicide Prevention. "Increased suicidal ideation indicates distress."

Men continued to bear the brunt of suicides in the country, accounting for about four in five cases, CDC data show.

By race and ethnicity, rates were highest for non-Hispanic American Indian or Alaska Native persons, followed by non-Hispanic white people.

The nationwide numbers dropped last year even though the COVID-19 pandemic increased many of the risk factors associated with suicidal behavior, such as mental health issues, drug use, job losses or financial stress.

The data are based on 99% of 2020 death records received and processed by the National Center for Health Statistics as of May 19, 2021.