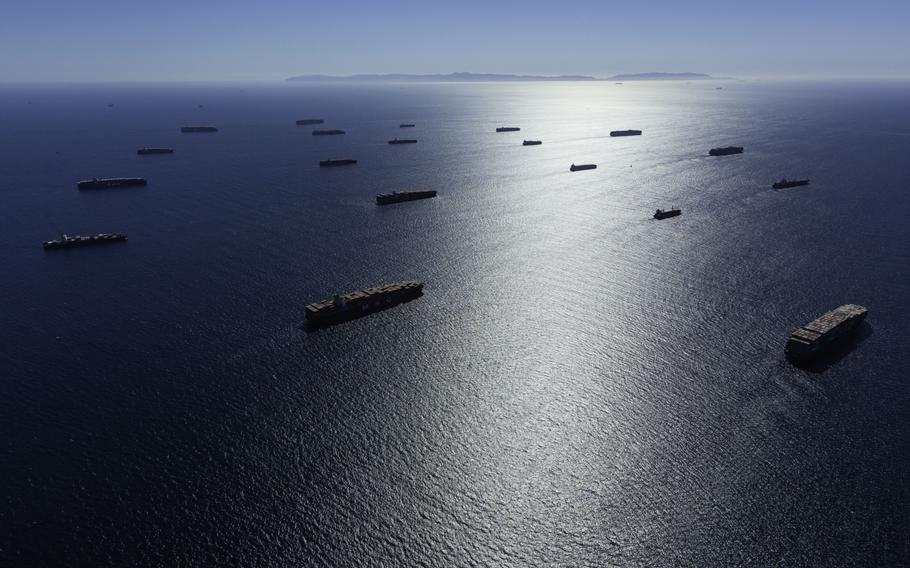 An elite federal school for training sailors said it is pausing a program that sends students to gain experience on commercial ships for the second time in five years as it grapples with how to protect cadets from sexual assault, while it also works on a plan to convince lawmakers they can sail safely.

The U.S. Merchant Marine Academy was forced again to confront the problem of keeping students safe after a female midshipman at the school shared an account in September of being raped by a senior engineer while studying at sea.

In a post on the website of an advocacy group, and in a subsequent interview with The Washington Post, the woman described being assaulted and having to spend several more weeks onboard with her alleged attacker.

"We recognize that this comes at a time when you have already been tested through nearly two years of profound disruptions and adjustments resulting from the COVID pandemic," they wrote. "While we know that this decision will be disappointing to many, we also expect that as leaders who have chosen the path of service, you will support it and each other."

The at-sea training is a core part of the Kings Point, N.Y., school's curriculum and a requirement for graduation.

The move came after the chairs of congressional committees that oversee the school wrote to the Transportation Department last week asking for the program, known as Sea Year, to be put on hold. Trottenberg, Lessley and Buono said they hoped to have a plan with approval from lawmakers in the coming weeks, then restart sailing by December.

"This decision was one of the most difficult we have faced," they wrote.

While the nation's other service academies have struggled to address sexual assault, the Merchant Marine Academy is unique in sending its students out for long spells on privately run ships. The program was previously halted in 2016 and officials put in place measures designed to improve cadets' safety, including mandatory sexual assault and harassment training for commercial crews hosting cadets.

But advocates for female sailors and victims of assault have questioned the effectiveness of those changes. The new account from the midshipman quickly drew scrutiny from lawmakers.

"This incident sheds light on the toxic culture not only at USMMA, but within the maritime industry where cadets and mariners are in danger and have no escape from their perpetrators," Sen. Maria Cantwell, D-Wash., chairwoman of the Senate Commerce Committee; Rep. Peter DeFazio, D-Ore., chairman of the House Transportation Committee; and Rep. Adam Smith, D-Wash., chairman of the House Armed Services Committee, wrote in a letter last week.

The lawmakers, joined by the Democratic leaders of three subcommittees, said the previous changes "clearly did not work, and we are concerned that the cadets remain in danger."

The academy plans to hold meetings this week, including an all-hands discussion with midshipmen Wednesday, to discuss its plans.

"This is a challenging time for USMMA and for the entire maritime industry," the officials wrote. "We stand in unwavering support of all survivors of SASH at sea and throughout the entire campus, and we pledge to continue to work closely with you as we navigate the way forward."

The woman whose account triggered the new reckoning said her aim was not to get the sea year program shut down. In a statement issued by her lawyer, she questioned whether the step would be effective because of the challenges of holding people who commit assaults accountable.

"As Kings Pointers, we should not surrender the ships of the U.S. Merchant Marine to sexual predators," the woman said. The Post does not identify victims of sexual assault without their permission. She continued: "We should instead be focused on ruthlessly eliminating these predators, and the people and groups who enable and defend them, from the maritime industry forever."

The academy plans to hold meetings this week, including an all-hands discussion with midshipmen Wednesday, to discuss its plans.

"This is a challenging time for USMMA and for the entire maritime industry," the officials wrote. "We stand in unwavering support of all survivors of SASH at sea and throughout the entire campus, and we pledge to continue to work closely with you as we navigate the way forward."

The midshipman was sailing on a Maersk Line, Limited vessel, part of the Danish shipping giant's American fleet. While her account was anonymous, the company was able to identify the ship and the crew members alleged to have been involved. Five sailors were suspended and the company said it would refresh its sexual assault training.

Transportation Secretary Pete Buttigieg addressed the problem of sexual assault on board American ships last month at an industry conference and in a meeting with leaders of the Coast Guard, maritime industry and labor unions.

"It's critical — but not enough — for a company, agency or government to say that there is zero tolerance for harassment and assault," he said. "It's critical — but not enough — to say that allegations are taken seriously, or to point to training and reporting systems that are in place. This commitment must be matched by concrete, deliberate action."