by
Felicia Sonmez and John Hudson
• The Washington Post • November 3, 2021 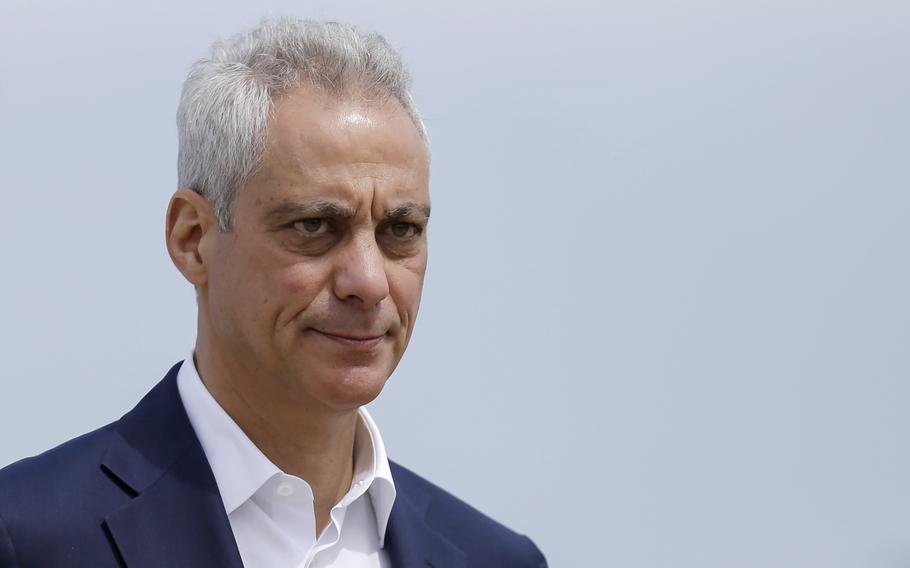 In this April 22, 2019, file photo, then-Chicago Mayor Rahm Emanuel arrives at a news conference outside of the south air traffic control tower at O'Hare International Airport in Chicago. (Kiichiro Sato/AP)

The Senate Foreign Relations Committee on Wednesday approved President Joe Biden's nomination of former Chicago mayor Rahm Emanuel as U.S. ambassador to Japan, even as two Democrats on the panel voted in opposition.

The nomination now advances to the full Senate. Emanuel has faced sharp criticism for his handling of police misconduct, including the 2014 police shooting of Laquan McDonald, a Black Chicago teenager.

The two Democrats opposing Emanuel during Wednesday's voice vote were Sens. Jeff Merkley of Oregon and Ed Markey of Massachusetts. In a statement Wednesday morning, Merkley said he had reached his decision after carefully considering Emanuel's record and "the input of civil rights leaders, criminal justice experts, and local elected officials who have reached out to the Senate to weigh in."

"Black Lives Matter," Merkley said. "Here in the halls of Congress, it is important that we not just speak and believe these words, but put them into action in the decisions we make."

It is rare for a senator to issue a statement opposing a nominee chosen by a president of their own party.

The former Chicago police officer convicted of second-degree murder for killing McDonald was sentenced to more than six years behind bars. The punishment was handed down just a day after three other police officers were acquitted after being accused of helping cover up what happened.

Dashboard-camera video of McDonald's killing was released 13 months after the incident - after Emanuel had already won his second term for mayor - prompting accusations that it was held up to boost Emanuel's political fortunes. Emanuel has said the release of the video was delayed to avoid compromising a federal investigation.

During a hearing last month, Merkley stood out among lawmakers for peppering Emanuel with questions and expressing skepticism over his reasons for not moving to release the dash-cam footage sooner.

"The mother of Laquan McDonald learned about the nature of the shooting when she was called by the funeral house who said to her, 'Do you realize your son was shot multiple times, his body was riddled with bullets?' She didn't know ... that information hadn't been shared with her," Merkley said at the time.

"It seems hard to believe that all those things happened and yet you were never briefed on the details of the situation when you were leading the city," he added.

"You can't be a mayor, especially in a city like Chicago, without picking up some scar tissue on the way," said Sen. Tim Kaine of Virginia. "Your description of what you learned along the way ... those lessons were challenging and painful for you during your entire tenure, but you served in an admirable way."

Markey, the other Democrat voting no on Wednesday, did not explain his opposition to Emanuel, though it is presumed to be linked to the police killing of McDonald.

The Washington Post's Mark Berman contributed to this report.