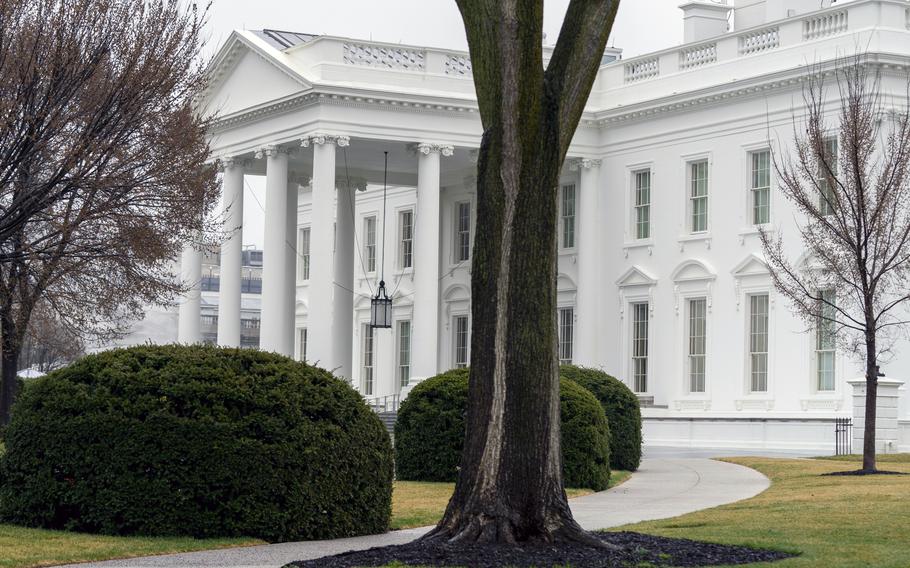 The White House is shown in Washington on March 18, 2021. The Biden administration is rolling out a new initiative aimed at reducing suicides by gun and combating the significant increases in suicides by members of the military and veterans. The White House is announcing the new plan Tuesday. (Andrew Harnik/AP)

WASHINGTON — The Biden administration is rolling out a new initiative aimed at reducing suicides by gun and combating the significant increases in suicides by members of the military and veterans.

The White House is announcing the new plan on Tuesday, which officials say is an unprecedented focus by the federal government on reducing the risk of suicide through awareness and training campaigns and new regulations to increase the availability of gun storage products.

The plan calls for federal agencies, including the Defense Department, Homeland Security, the Justice Department, Health and Human Services, Veterans Affairs and the Department of Transportation's emergency medical services office to create public awareness campaigns to encourage safer storage of guns and training for counselors, crisis responders and others.

The effort also includes the Justice Department finalizing a rule that was first proposed in 2016 and would require stores that sell firearms to also offer secure gun storage and safety devices, the White House said.

In 2019, firearms were the most common method used in suicide deaths in the United States, accounting for nearly 24,000 deaths, or a little over half of all suicide deaths, according to federal health statistics. Experts say many people who take their lives using guns typically have quick access to firearms and have tended to be gun owners or their family members.

As part of the plan, the Bureau of Alcohol, Tobacco, Firearms and Explosives will distribute a guide for firearms dealers that spells out both safety steps that are required under the law and additional steps the federal government recommends. The guide will also detail the Justice Department's focus on prosecuting gun crimes and violations of federal firearms laws.

The administration said ATF would also "seek to revoke the licenses of dealers the first time that they violate federal law," with limited exceptions for "extraordinary circumstances." Those violations would include selling guns to someone who can't legally own them, failing to run a background check, falsifying federal records or refusing to cooperate in required ATF inspections.

The federal government will also create maps to help people find places to safely store guns outside of their homes, officials said. Officials will also expand efforts within the Department of Veterans Affairs focused on suicide prevention and safety planning, along with training for family members of people who could be at higher risk for suicide, administration officials said.

The Department of Defense's annual calendar year suicide report released in September showed that 580 military personnel, including 384 active duty service members, died by suicide in 2020. The suicide rate among active duty service members has statistically increased since 2015, the report said. There's been no statistical change for reservists and National Guard members during the same timeframe, according to the report.

Many firearms dealers have already been stepping up suicide prevention efforts as the number of gun sales in the U.S. rose to a historic high in January, continuing a surge that began as the coronavirus pandemic took hold in early 2020. Some firearms dealers have also started handing out or offering cards with the phone number of suicide prevention hotlines and tips to identify signs of depression or other mental health issues.