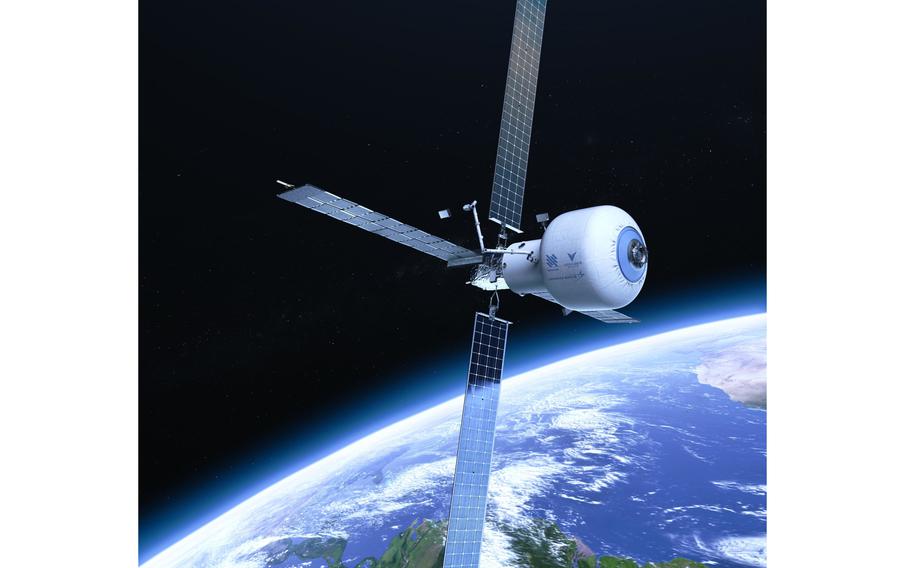 The growing commercial space industry, which for years has worked to reliably launch cargo and more recently humans to space, is now looking to build space stations that would populate low Earth orbit and eventually replace the aging International Space Station.

A number of companies are competing as part of a NASA-funded program to develop habitats that could house astronauts and scientists and help countries with emerging space programs get a foothold in orbit. Last week, Nanoracks, an aerospace venture that helps companies fly science experiments and other payloads to the ISS, announced it was partnering with its majority owner Voyager Space as well as Lockheed Martin to build a space station called Starlab.

And on Monday, Blue Origin, the space company owned by Jeff Bezos, followed that news by announcing it has formed a team with Sierra Space, Boeing and Redwire Space to build a space station called Orbital Reef that it said “will provide anyone with the opportunity to establish their own address on orbit.” (Bezos owns The Washington Post.)

At a news conference, Brent Sherwood, a senior vice president at Blue Origin, said the station would be ready by the second half of the decade and that it would provide “a vibrant, growing business ecosystem and low Earth orbit will generate new discoveries, new products, new forms of entertainment, and global awareness of Earth’s fragility and interconnectedness.”

The announcements come as NASA is looking to spend between $300 million to $400 million to fund the early development of as many as four private space stations in public-private partnerships that mimic how the space agency helped SpaceX and others build rockets and spacecraft that it now uses to fly cargo and astronauts to the ISS.

There is growing concern, however, that NASA isn’t moving aggressively enough to fund a replacement for the ISS, which has been in operation for more than 20 years in the harsh vacuum of space and has been showing its age. While Congress is expected to extend funding for the ISS to 2030, it’s not clear it will be able to last that long.

Some in the space industry are worried that the commercial space stations will be late, leaving NASA without anywhere to fly its astronauts.

“We are not ready for what comes after the International Space Station,” former NASA administrator Jim Bridenstine said during a Senate hearing last week. “Building a space station takes a long time, especially when you’re doing it in a way that’s never been done before.”

NASA this year requested $101 million for the program that would develop private space stations, but Bridenstine and other have said that is not nearly enough. In his written testimony, he said that Congress needed to appropriate $2 billion annually to the effort.

For nearly a decade, NASA did not have the ability to fly its astronauts to space and had to rely on the Russians for rides to the ISS, until SpaceX flew its first mission with NASA astronauts last year. Many in the space industry are worried that there will be a similar gap if the commercial sector can’t get its stations online soon.

That would leave China, which has been putting up segments of its own station this year, as the only country to own and operate a station in Earth orbit.

Industry officials said, however, that the capabilities of the commercial space industry have grown tremendously over the past several years and that they would be ready.

Nanoracks said Starlab would be ready by 2027 in part because the model of NASA helping industry flourish has proven itself.

But companies would not just harness NASA’s investment but be lifted by investors who are starting to see space as a viable bet, foreign governments with emerging space programs and institutions looking to do science experiments in space.

If they come to fruition, the commercial stations would be far different from their government-run predecessor. Both Orbital Reef and Starlab would have a segment that would inflate like a balloon after it reaches space. That allows it to be packed more tightly into a single rocket, preventing multiple launches and tricky assembly on orbit.

Artist renderings of the stations showed luxurious interiors, like the lobby of an upscale hotel, with large windows with views of the Earth below.

Starlab would create the George Washington Carver “science park,” a laboratory named for the famed scientist.

The Orbital Reef station to be built by Blue Origin and Sierra Nevada would serve a similar purpose, and the companies would market it to countries around the world as well. “This isn’t an American station, this will be a global station that will carry on the proud international legacy of the ISS,” said Mike Gold, a Redwire, executive vice president.

While Blue Origin and Sierra Space said they have already invested heavily in the system and have been working on it for some time, but it’s not clear how much they’ve put in so far — or even how much money would be available through federal contracts.

“It is true that NASA doesn’t know yet how much funding they will be able to apply to this program,” Sherwood said. “But we do know that toward the end of the decade or at the end of the decade the station will be retired, that is NASA’s own plan, and it becomes critically important to avoid a gap.”