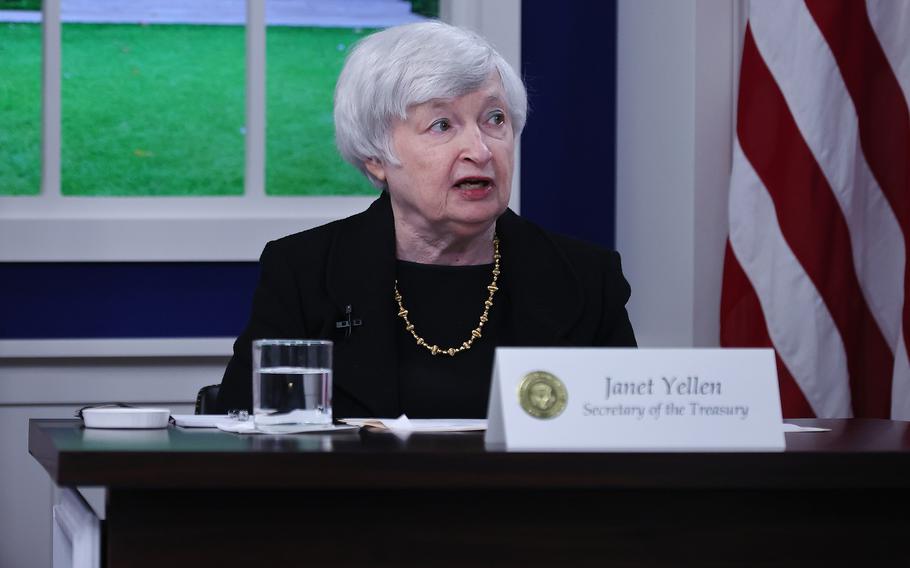 The deficit for the fiscal year through September was $2.77 trillion, compared with the $3.1 trillion peak seen in the previous year, a Treasury Department report showed on Friday.

Treasury Secretary Janet Yellen and acting White House budget director Shalanda Young said in a statement that the U.S. economic recovery this year helped to shrink the deficit from its 2020 nadir. The resulting gap was $897 billion less than forecast in the administration’s budget outline earlier this year, they said.

President Joe Biden’s $1.9 trillion pandemic-relief bill, enacted in March, provided households and businesses, along with state and local governments, a fresh round of assistance. With that aid fading, the budget deficit is seen narrowing in the coming year.

The Congressional Budget Office, the nonpartisan arm of the legislature, penciled in a $1.15 trillion deficit for 2022 in a July report. The CBO had estimated a $3 trillion gap for this year.

Congressional lawmakers are considering two packages that could yet add to the deficit outlook. A $550 billion, multiyear bipartisan infrastructure bill has passed the Senate and awaits adoption by the House. Democrats are still negotiating a sweeping social-spending bill that could weigh in around $2 trillion over a decade. Biden has pledged that that bill will be paid for with revenue measures.

“While the nation’s economic recovery is stronger than those of other wealthy nations, it is still fragile,” Yellen said. “In order to build upon the progress that has been made and to ensure the success of our businesses, productivity of our workers, and inclusiveness of our system, Congress should pass President Biden’s Build Back Better plan.”

Historically low borrowing costs have helped the Treasury avoid an even bigger borrowing need. Ten-year government bond yields have averaged about 1.42% this year, compared with 2.39% over the decade through 2019.