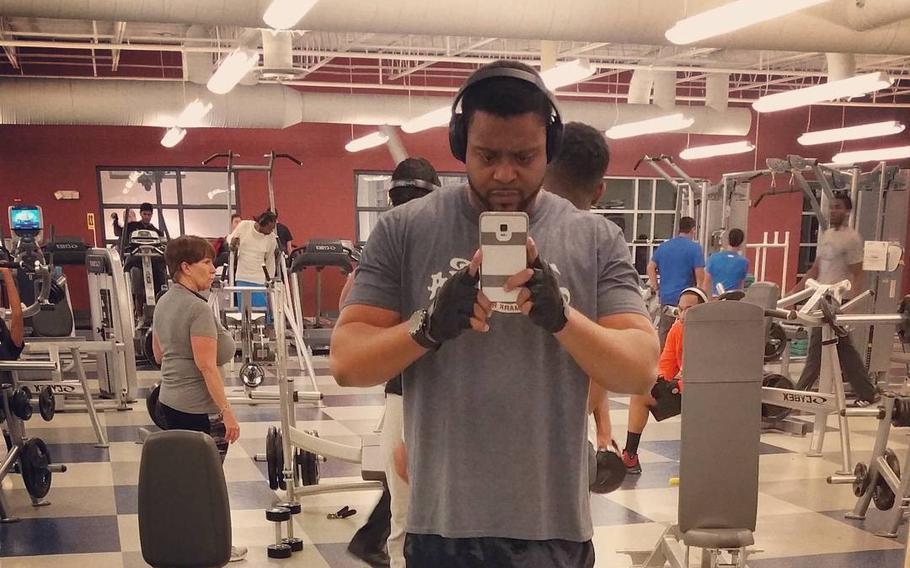 Federal prosecutors accuse William Rich, shown here in a gym selfie originally shared on Instagram in 2016, of falsely claiming to be a paraplegic and receiving more than $1 million in fraudulent compensation. If convicted, Rich faces up to 30 years in prison. ()

An Army veteran who was wounded in Iraq is accused of fraudulently receiving over $1 million in federal benefits after claiming for more than a decade that he was paralyzed.

William Rich, of Windsor Mill, Md., was injured in a 2005 bomb blast in Baqouba, Iraq. In 2007, he convinced a Department of Veterans Affairs doctor that he was a paraplegic as a result, earning a 100% disability rating, authorities said last week.

It wasn’t until 2018 that the VA Inspector General launched an investigation after learning of unspecified conduct that conflicted with his disability rating, court records show.

Rich appeared in U.S. District Court in Baltimore on Oct. 13 and was ordered to be released pending trial.

If convicted, he faces up to 20 years in prison on a wire fraud charge and 10 years on a charge of theft of government property, the Justice Department said.

Over two years, investigators recorded him performing a range of movements without the aid of a medical device, court documents state.

The only time they saw him using a wheelchair was when he was going to or from VA medical appointments, according to a search warrant application.

Records were unsealed Oct. 12, after Rich’s arrest, a Justice Department statement last week said. Authorities say he received more than $800,000 from the VA and over $240,000 from the Social Security Administration.

The VA assistance Rich received included money for a vehicle and adaptive equipment, which prosecutors say he used to buy a BMW 645ci.

The two-door luxury sports coupe “is not readily adaptable to the use of a paraplegic person,” agent Brian J. Maddox of the IG office wrote in an affidavit.

Rich totaled that car, but Maddox sought warrants to search his two other vehicles and his home on suspicion that investigators would find that all of them lacked the modifications a paraplegic would need.

Rich’s Instagram page indicated that he owned an extensive gym, and two videos on his social media accounts appear to show him standing and lifting weights, court documents state.

A photo he took of himself in a gym mirror was posted on his Instagram page in 2016 with the caption “Lol lift or leave.”

Rich’s discharge paperwork says he served in the Army from September 1998 to February 2007, court records state. He was injured on Aug. 23, 2005, but his medical records say an MRI the following day showed no spinal cord impingement or abnormalities, the document says.

Less than two months later, he’d begun to recover and his legs were no longer paralyzed, said documentation in his medical history, according to investigators.

In late 2006, a rehab nurse recorded his ability to do all essential daily activities, like going to the bathroom and moving around without anyone’s help, investigators said.

Yet in October 2007, a physician documented him as being paralyzed in both legs and “confined to a wheelchair,” having neither the ability to stand or walk “even with maximal assistance” nor control his bowels or bladder, court records say.

The physician did not order X-rays to confirm the condition because he “did not feel that it was worth the trauma of manipulating him around,” the affidavit quotes the records as stating.

The doctor did not have access to Rich’s full medical history with the earlier report of his recovery, it says.

His 100% permanent disability rating was based on that exam, and he was given special monthly compensation for paraplegia and allowances for a caregiver, the Justice Department said.

Rich was assigned a federal public defender, who did not immediately return a request for comment.