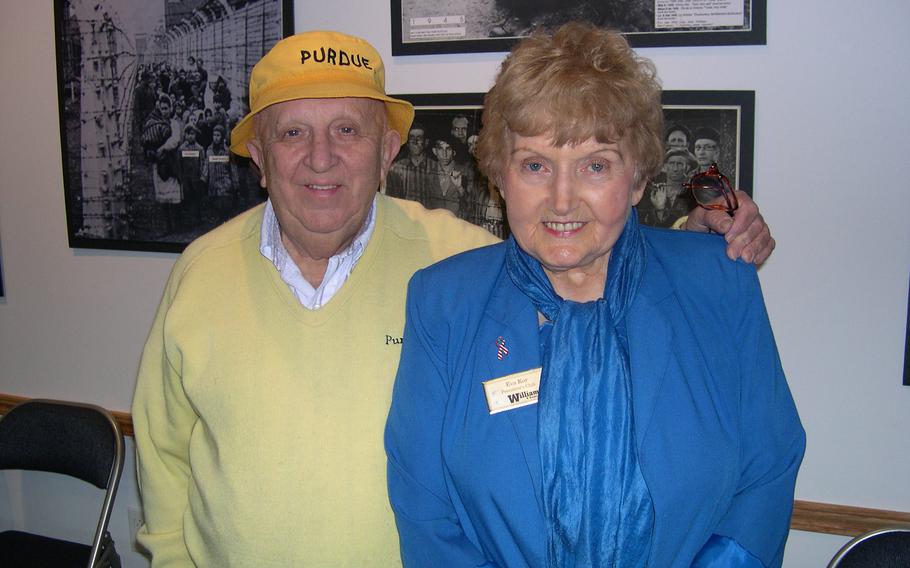 He died “peacefully in his sleep” early Tuesday morning at Witham Memorial Hospital in Lebanon, according to a family statement shared by CANDLES Holocaust Museum and Education Center. The Terre Haute museum was founded by Kor’s wife, Holocaust survivor Eva Mozes Kor, who died in 2019 at the age of 85.

Mickey and his son, Alex Kor, watched their last football game together the night before, Alex shared on Twitter. An accompanying photo shows Kor’s hospital room decorated with Boilermaker memorabilia — he was an “avid supporter” of the Purdue football and basketball teams — and balloon letters of his age, 95. He would have celebrated his 96th birthday on Oct. 24.

“The night nurse who was on duty is Jewish and said Kaddish at bedside,” Alex said, referring to a prayer recited in memory of the dead. Like his father, the nurse’s family was from Latvia, Alex said.

Kor was born in Riga, Latvia, in 1925, and he survived four years of slave labor across several Holocaust concentration camps. He was liberated by U.S. soldiers in 1945, according to CANDLES. The museum sponsored a Coca-Cola art bottle project in honor of Kor’s story, as one of his first gifts post-liberation was a bottle of the soda. Since then, he associated Coca-Cola with his “first taste of freedom.”

In 1946, he immigrated to Terre Haute and received American citizenship soon after, “something he greatly treasured,” his family statement said. After settling down and completing his education at Purdue, Kor was proud to serve as a pharmacist for the same military that helped liberate him.

After a decades-long career in pharmacy, Kor stood by his wife when she founded CANDLES in 1995. Most recently, he served as a museum docent and lecturer, the organization shared.

He was “always greeting any guests with the utmost politeness,” CANDLES shared on Facebook. “And he could often be found in the back of the museum happily playing the piano for anyone who would listen.”