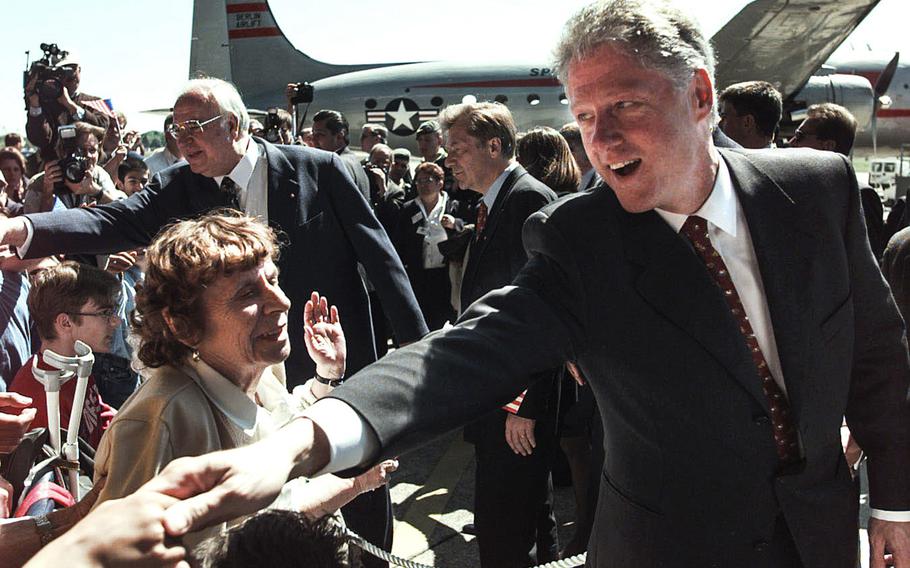 Buy Photo
Then-President Bill Clinton shakes hands with the locals after a ceremony renaming an Air Force C-17 “The Spirit of Berlin” in Berlin, Germany on May 14, 1998. (Michael Abrams/Stars and Stripes)

Former president Bill Clinton was hospitalized earlier this week for an issue not related to coronavirus and is recovering, his spokesman said Thursday.

Clinton was admitted to the University of California Irvine Medical Center on Tuesday “to receive treatment for a non-Covid-related infection,” his spokesman Angel Ureña said in a statement.

“He is on the mend, in good spirits, and is incredibly thankful to the doctors, nurses, and staff providing him with excellent care,” Ureña said.

Clinton was in California earlier in the week for an event related to his nonprofit Clinton Foundation and was taken to the hospital after reporting he wasn’t feeling well, according to CNN chief medical correspondent Sanjay Gupta.

The issue was not related to coronavirus or to his heart, Gupta reported, after interviews with Clinton’s doctors, but a blood infection sometimes known as sepsis. Clinton underwent a heart bypass surgery in 2004 and had stents placed in 2010.

Amin and Bardack added that they have been in constant communication with Clinton’s New York-based medical team, including his cardiologist.

“We hope to have him go home soon,” they said.