Southwest to comply with Biden vaccine order over Abbott ban 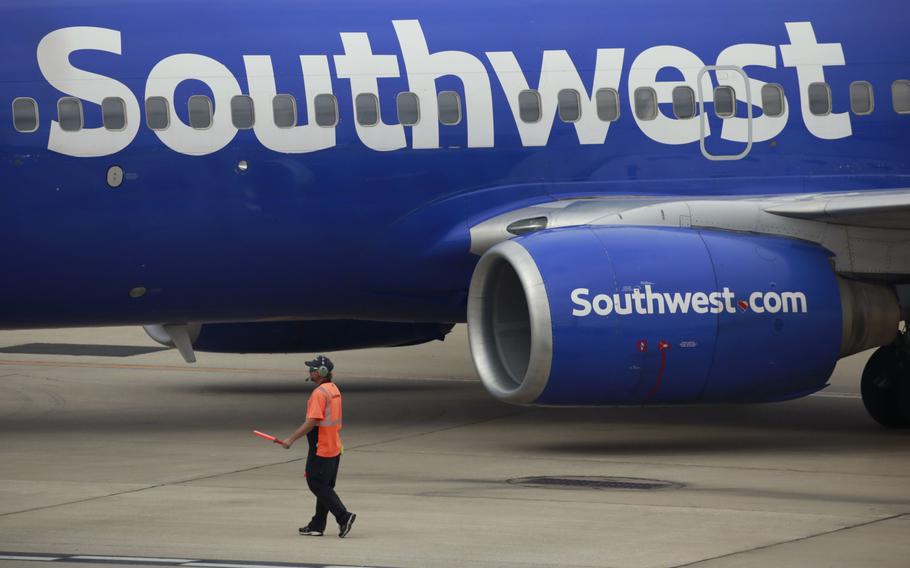 A worker directs a Southwest Airlines Boeing 737 passenger jet pushing back from a gate at Midway International Airport in Chicago on Oct. 11, 2021. (Luke Sharrett/Bloomberg)

Southwest Airlines Co. will follow President Joe Biden’s mandate requiring employees be vaccinated against coronavirus over an order from the Texas governor blocking such actions.

The Dallas-based carrier’s decision Tuesday comes as corporate America has been caught between a White House measure requiring federal contractors to mandate vaccinations and Texas Gov. Greg Abbott’s move to outlaw companies from ordering the shots.

“According to the president’s executive order, federal action supersedes any state mandate or law, and we would be expected to comply with the president’s order to remain compliant as a federal contractor,” Southwest said in an emailed statement.

The company, like most U.S. airlines, has government contracts for movement of employees and goods. Southwest has set a Dec. 8 deadline for workers to be fully vaccinated or face possible job loss.