The biggest employers are successfully enacting vaccine mandates; many smaller ones need help 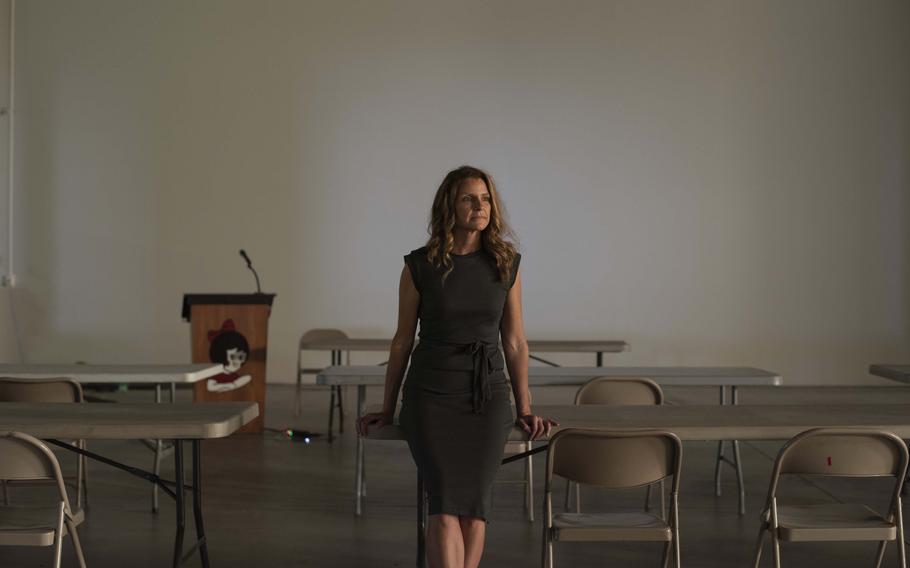 As health promotion manager for Utz Quality Foods, Ginger Miller has struggled to persuade the 3,300 workers at the potato chip and pretzel-maker to get the coronavirus vaccine. Only about half of the company’s production workers have gotten the shot.

Miller has found the vaccine is a tough sell, and nothing like the workplace flu shot campaigns she’s run in the past. The COVID-19 vaccine drives a politicized wedge between those eager to take it and those who proclaim they never will, and she is forced to try to knock down insidious misinformation and assuage genuine fears without appearing too heavy-handed at the snack company based in Hanover, Penn.

“It’s chaotic and unnerving to figure out the logistics of all this while you’re trying to run a business,” she said.

The White House and some of America’s biggest companies increasingly view vaccine mandates as a powerful tool toward reducing COVID-19 infections and getting back to business. Some major companies have reported outstanding results, including United Airlines, which was one of the first very large companies to impose a vaccine mandate and said last week that 99% of its employees got vaccinated.

But in an economy facing gaping labor shortages and where vaccination rates have slowed, executives at smaller companies are less certain of their ability to compel compliance. They are trying to gently prod reluctant workers to get vaccinated ahead of an expected federal vaccine mandate for private employers with more than 100 workers. And they want to avoid business disruptions at the same time.

Looking for help, Miller, like officials at hundreds of companies nationwide, has turned to a little-known group created to provide corporations with a road map for selling vaccination to their workforces — which could prove critical to ensuring a smooth transition as vaccination moves from mostly encouraged to mostly required.

The Health Action Alliance — launched earlier this year by a group that includes the Business Roundtable, the CDC Foundation and the Ad Council — offers a detailed blueprint for companies intent on boosting immunization rates, down to the words they use: Don’t say “anti-vaxxers” or “back to normal.” Do stress “personal responsibility” and “public health.”

The group provides examples of internal emails that can go out to workers and posters to put up around the office. It offers tip sheets for knocking down myths such as the vaccines carry microchips or turn people into magnets.

The alliance — which works with companies such as Starbucks and Target and shares findings with groups such as the National League of Cities — also coordinates calls to allow corporate officials to hear directly from public health experts. One recent meeting featured a former federal workplace safety official offering advice and a current NFL executive discussing how the league persuaded more than 90% of its players to get vaccinated.

“Many companies don’t have the expertise to coach and train with this kind of public health information and resources,” said Stephen Massey, the alliance’s managing director.

And companies can prepare workers for a mandate — including by avoiding using that word.

Last month, the nonprofit National Safety Council, one of the organizers of the Health Action Alliance, urged companies to require vaccinations for workers with limited exceptions.

It sure sounded like a mandate. But the nonprofit was careful not to call it that.

The Health Action Alliance was modeled on the Civic Alliance, a nonpartisan group founded in early 2020 for companies to encourage voter turnout. That seemed like a safe topic for corporations to support at one point, too — until the contested 2020 election and the resulting rush of states to pass laws making it harder to vote.

Now, the Health Action Alliance also finds itself in the position of advocating for something that is unexpectedly controversial.

Companies are now clamoring for help preparing for the new federal workplace vaccine mandate. President Biden announced last month that the mandate would require most workers at companies with more than 100 employees to either be vaccinated or agree to regular testing. Details of how it will work are expected to come from the Occupational Safety and Health Administration in the coming weeks.

Even before the mandate was floated, companies had been increasingly leaning on the Health Action Alliance for guidance. Vaccination rates had slowed. The objections of the unvaccinated had hardened. A Washington Post-ABC poll earlier this month found 52% of Americans support businesses requiring employees who come into work to be vaccinated. But there was a partisan split — 8 in 10 Democrats supported a worker vaccine mandate, while more than 6 in 10 Republicans are opposed. Independents are divided nearly down the middle.

“We were as surprised as many others that there were so many folks who were vaccine-hesitant,” said an official with the Business Roundtable — a trade group whose members include the chief executives of some of the nation’s largest employers, including Apple, JPMorgan Chase and Chevron — who spoke on the condition of anonymity to discuss internal reactions.

In response, the alliance needed to pivot from a routine public health campaign informing workers about the availability of vaccines to a persuasion campaign aimed at helping companies navigate a minefield of potential problems and overcome a surge in false claims.

“At first, we were hopeful it would be a slam dunk,” said Judy Monroe, a doctor and president of the nonprofit CDC Foundation. “We all began to see this was becoming politicized, and we began to see that there was going to be more resistance. We reached a tipping point.”

Utz hit a wall, too. After a few weeks of success with vaccinations, Miller saw the number of workers showing up at company clinics dwindle.

Working off the alliance’s many tip sheets, she traveled to Utz factories and signed up workers one by one, talking them through their concerns. She carried handouts based on the alliance’s work that were designed to break through hesitancy. She chose her words with care. And she struggled to keep conservations about the vaccines from veering into politics or social media.

“It’s a very sensitive subject, to say the least,” she said.

Now, many companies are bracing for the fallout from a federal vaccine mandate that will affect an estimated two-thirds of U.S. workers.

Companies were filled with questions about the mandate during an online town hall held Sept. 23 by the Health Action Alliance.

Who pays for the coronavirus tests? (Unclear, but probably not the company’s insurer.)

Will the mandate address things like masking, too? (Probably not.)

Will OSHA inspectors check whether companies actually give workers paid time-off to get a vaccine shot? (Yes.)

One of the speakers, Rich Glass, an attorney with the health and benefits consulting firm Mercer, cautioned companies to “maybe tap the brakes” on any incentives or penalties related to a worker’s vaccination status. Those wouldn’t be needed with a mandate.

David Michaels, a former OSHA administrator, offered reassurance that the agency had the authority to implement rules designed to protect workers’ health, including requiring employees to be vaccinated or tested regularly. He said he expected some states to file lawsuits, but the agency would prevail.

“I think this is clearly within OSHA’s purview,” he said.

Some executives of small companies have been pleasantly surprised by the power of a mandate.

When Jim Luchesse, chief executive of the music events company , turned to the alliance, he found he wasn’t alone in pushing for his workers to get the coronavirus vaccine.

“You feel a little bit less of an island — other companies are doing this too and relying on the Health Action Alliance,” Luchesse said.

He ended up requiring his staff of about 85 to be vaccinated if they came into the office — mostly in Boston and London. He also required proof of vaccination for people attending the music shows that his company put on.

And it’s gone over well, he said.

“The sentiment has been overwhelmingly positive, particularly from the artists,” he said. “We were prepared for negative pushback. But really none happened.”