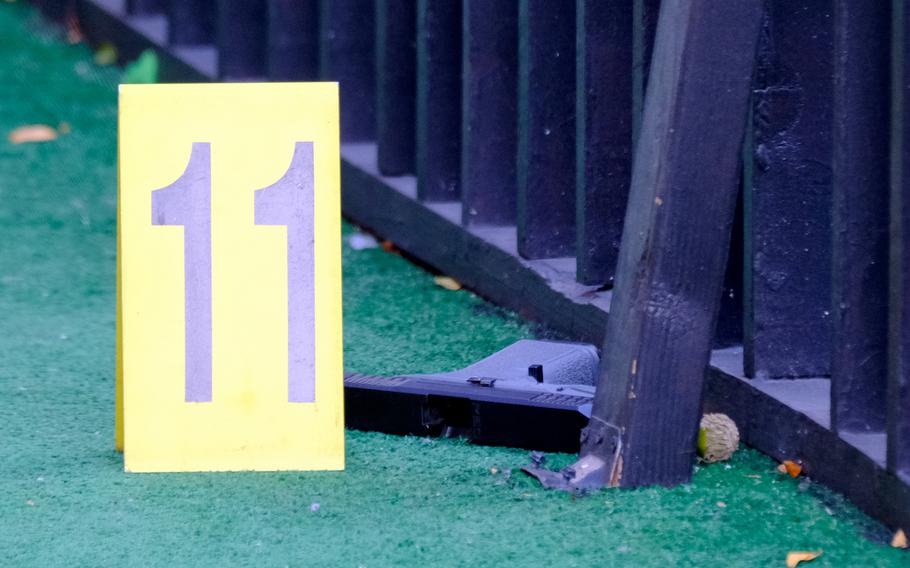 NEW YORK (Tribune News Service) — Ghost guns are spookily real, and the New York Police Department is finding so many of the untraceable weapons that it is dedicating a team of investigators to find them.

The make-them-yourself weapons — which mirror the typical $250 to $500 cost of a ready-to-shoot handgun — have no serial numbers that enable officers to track who has bought and sold them.

They’re sold in pieces. Buyers then put together the parts to make guns.

Judging from the website of one manufacturer, you need to know what you’re doing to assemble its guns — an online video shows buyers how to use a hand drill and a drill press to assemble one of its gun frames.

Pistol frames, barrels, slides and other parts are sold separately.

But gun parts often can be purchased without background checks — a dream come true for people trying to get around restrictions on sales.

NYPD Deputy Inspector Courtney Nilan of the Intelligence Bureau said online kits are an alternative to buying guns on the “Iron Pipeline,” the name officers give to the stretch of I-95 in the southeast where New York criminals buy guns in states with less restrictive gun laws.

“This is an easy Iron Pipeline,” said Nilan. “It’s so easy. You don’t have to drive anywhere.

“You can sit in your house behind a computer or on a cellphone and basically order an unlimited supply of [frames] and parts to construct a large amount of firearms.”

So far in 2021, the NYPD has recovered 135 ghost guns and 45 frames — figures that lead police to believe they’ll find more than the previous high of 145 last year.

Last Monday, Nilan’s investigators got another case to work after Isamuel Alcantara, 25, was accused of using a ghost gun to shoot four fellow patrons outside a lounge on 10th Ave in Inwood.

The weapon was recovered after Alcantara was shot in the hip by an NYPD sergeant.

The 9 mm handgun, Nilan said, was made from parts sold by Polymer80, a Nevada-based company that sells gun parts on the internet and through a network of gun dealers.

Polymer80 and other companies that sell gun parts have insisted in court cases that their products don’t meet the federal definition of a gun.

In 2018, former New Jersey Attorney General Gurbir Grewal sued U.S. Patriot Armory, a manufacturer based in California, after it sold an AR-15 assault rifle kit to an undercover investigator.

The suit charged that Patriot Armory violated New Jersey law by selling guns in the state. It also said the company committed fraud by claiming to New Jerseyans that its products were legal.

Patriot Army settled the case in March by agreeing to cease doing business in New Jersey and paying a $70,000 fine.

As other suits play out, San Francisco on Sept. 7 banned ghost guns.

New York City in 2019 passed a law making it a misdemeanor to possess a gun frame, on which other parts of a gun are built.

Nilan said that law has helped bring criminal cases against gun owners but that what’s really needed is a federal regulation.

That could happen soon — despite strong Republican opposition to restrictions on guns.

The federal Bureau of Alcohol, Tobacco, Firearms and Explosives in May proposed changing the definition of a firearm and requiring serial numbers on ghost gun parts, a move that would bring regulation and oversight not currently in place for such weapons.

House Republicans complain that the proposed regulation is an attempt to get around Congress’ authority.

But David Pucino, a lawyer with the Giffords Center to Prevent Gun Violence, believes the proposed rule will take effect.

“Basically it will cut off the supply of ghost guns,” Pucino said. “There’s still, of course, the existing stock of weapons out there, which the rule is not going to directly affect, but it’ll do the really important work of stopping the supply of these weapons.”