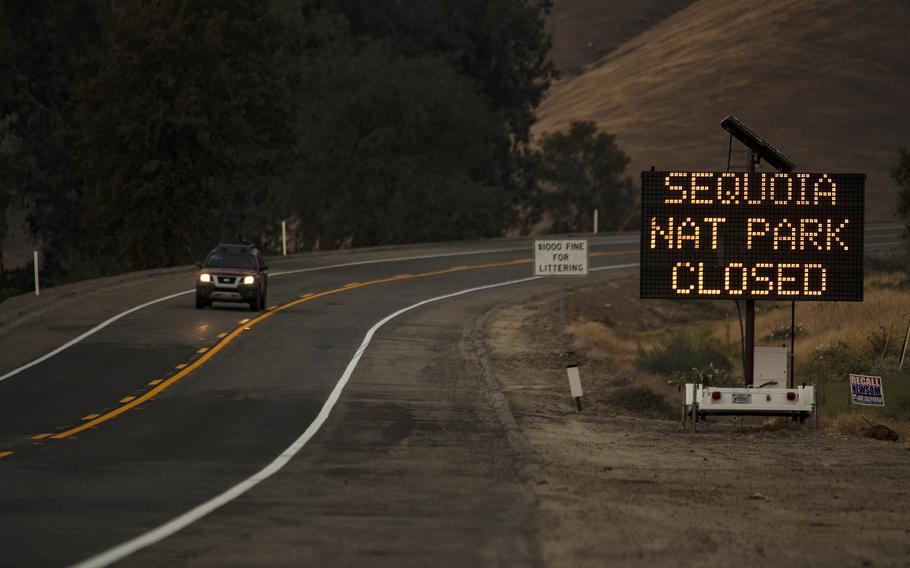 A spot fire ignited across the North Fork Kaweah River, along the northwestern end of the blaze, growing to about 600 acres by the following morning, fire officials said.

As crews focused on battling the spot fire, an evacuation order Friday morning was issued for the communities of Grant Grove, Wilsonia and Cedar Grove in Kings Canyon National Park — near where towering giant sequoia rise and park staff live, according to Cassie Adams, a spokesperson for the fire. Non-fire personnel are required to leave the areas by 2 p.m. Pacific time.

Around the same time, the Tulare County Sheriff’s Office issued its own mandatory evacuation orders for the communities of Big Meadows, Weston Meadows and Quail Flat in the Giant Sequoia National Monument. Those evacuating should travel westbound on Highway 180, authorities said.

Additional orders and warnings went out Thursday as fire activity in the north picked up. Authorities placed the communities of Eshom and Hartland Camp in Tulare County under mandatory evacuation. Fresno County issued its first warnings — for the Miramonte/Pinehurst area.

The KNP Complex fire — one of two lightning-sparked blazes tearing through the southern Sierra Nevada — had seared 51,596 acres and was 20% contained Friday morning. To the south, the Windy fire — which has destroyed more than a dozen homes — was 89,804 acres and 40% contained. Both blazes erupted Sept. 9 amid a massive lightning storm.

But a drying trend already underway is forcing temperatures up and humidity down — conditions expected to spur more aggressive fire behavior.

“Those fuels, that stored energy on the ground ,from grass to timber — it’s just marinating in that dry air,” said Jeff Shelton, a fire behavior analyst with the Windy fire, during a Friday morning briefing. “And so without moisture in the fuels, the fire is able to move through it and just translate as energy all the way across the landscape unimpeded.”

The Windy fire has torn through rugged landscape across the Sequoia National Forest and Tule River Indian Reservation, burning into communities and groves of towering giant sequoia trees across the large burn area.

At least 14 homes and a dozen other minor structures were lost, primarily in the Sugarloaf and Long Meadow areas, fire officials said.

At least 30 giant sequoia trees were killed by the fire, said Garrett Dickman, a botanist assigned to the fire who counted the fatalities himself.

An aerial assessment, to be conducted once weather permits, is likely to reveal much greater devastation, he said.