The overblown claims of a ‘hurricane tax’ in Biden agenda 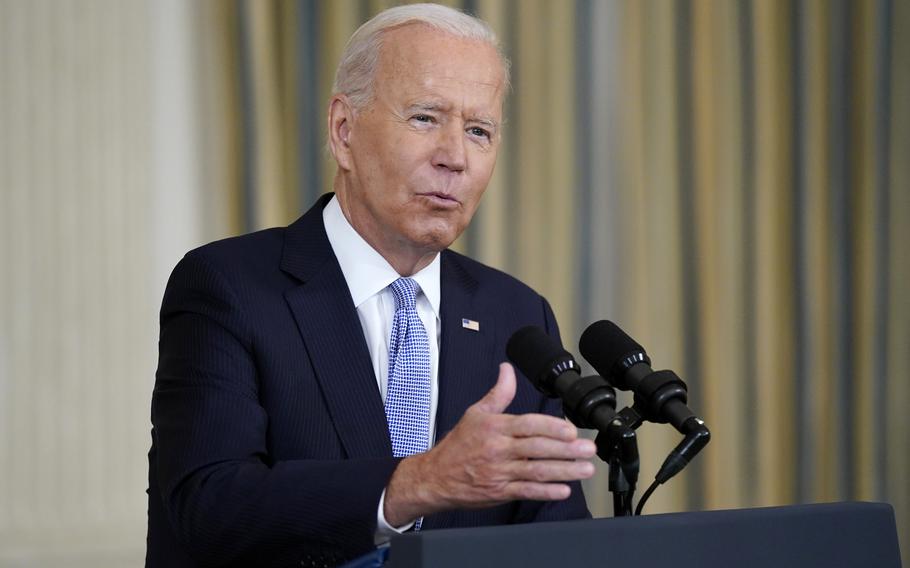 “Liberals in Washington want to spend $3 trillion on a socialist wish list, funded by taxes that could make it even more expensive to insure your home. You’d pay more to protect your home so they could fund their socialist pet projects. Call Lizzie Fletcher. Tell her to vote against the hurricane tax.” - Ad from the American Action Network, Sept. 22

“The Democrats’ proposed budget would make it more expensive for us to protect ourselves against hurricane damage. It would be like a hurricane tax on homeowners.” - Ty Patten, veteran and retiree, in an ad from the American Action Network, Sept. 22

These ads are running in the storm-battered states of Florida and Texas, part of a $7.5 million campaign by the conservative American Action Network (AAN).

Both ads cite a report in The Washington Post on Sept. 13 as a source of their claims. The Post never reported on any “hurricane tax.” The real source for that claim is a paper from a conservative think tank.

House Democrats this month released the details of a $3.5 trillion spending plan anchoring Biden’s economic agenda. They proposed more than $2 trillion in new revenue to help foot the bill, the bulk of it coming from the wealthiest Americans.

The corporate tax rate for most businesses would rise from 21% to 26.5% under the current version of the Democratic plan, while the U.S. minimum tax on overseas earnings would increase from 10.5% to 16.5%. These are just two of many dozens of changes envisioned in the legislation, but for the purposes of this fact check, they are the only two that matter.

In a study released this month, the conservative R Street Institute found that both tax moves would lead to higher insurance costs, especially for homeowners in states that have been buffeted by storms or other natural disasters.

Raising the corporate tax rate would make insurers pass on some of the higher costs to their customers, according to the R Street Institute study, by Lars Powell, executive director of the Alabama Center for Insurance Information and Research at the University of Alabama.

Meanwhile, setting a global minimum tax would drive up insurance costs some more because it would weaken the competitiveness of low-tax jurisdictions such as Bermuda, where the reinsurance industry thrives, Powell wrote.

“In 2019, U.S. insurance companies spent $128 billion, or approximately 18% of total premiums, on reinsurance coverage from unaffiliated and/or foreign reinsurers,” Powell wrote. “Bermuda is a primary example, where U.S. insurers buy 24% of their reinsurance and the corporate income tax rate is zero.”

Some of the independent experts we consulted said that these were not unreasonable assumptions but that it’s difficult to say whether homeowners would see a significant increase in insurance costs. Democrats pointed out that until 2018, the top corporate tax rate was 35%, and yet insurance prices did not fall when President Donald Trump and Republicans reduced it to 21%. They acknowledge some costs would rise under the Biden plan but contend that the bite would be felt by shareholders, not consumers.

“Some portion of those costs could be borne by consumers, but much of them could also be borne by shareholders, who are often also U.S. residents (but a different group than the end consumers),” Garrett Watson, senior policy analyst at the Tax Foundation, wrote in an email, adding that reinsurance companies already had begun moving away from low-tax jurisdictions because of tax-code revisions Trump signed into law.

The AAN ads targeting Fletcher and Murphy don’t mention that the Democratic plan currently before Congress also would ease the tax burden - in this case, directly - for many Americans.

They also don’t mention that much of the spending Democrats are proposing is for climate change resilience. The R Street Institute study says “the effects of climate change on weather-related disasters are another significant concern for the U.S. insurance industry,” poised to increase “the frequency and severity of floods, wildfires and hurricanes in the United States and around the world.”

An analysis by the Tax Policy Center found that as result of the Democratic plan, after-tax income in 2022 would rise for 80% of Americans - all but the wealthiest. The Tax Foundation found the same, although their calculations differed.

In subsequent years, the federal tax bill would then rise for middle-income earners as tax credits for households with children begin to expire. The Joint Committee on Taxation found that federal tax bills for people making less than $200,000 a year would decline at least through 2025, but by 2027, the bill would be above what they pay now.

“Whether the expanded tax credits proposed under the Build Back Better tax agenda offset these [potential insurance] impacts would depend on the household,” Watson wrote. “Households with children would get large increases in tax credits that increase their after-tax incomes, but households without children or households after 2025 are more likely to see net decreases in after-tax income.”

The AAN ads explain that Democrats are not proposing an actual “hurricane tax,” and the narrator in one of them says the tax plan “could” raise home insurance costs, leaving it in the realm of possibility and not fact.

Still, we were puzzled to see “The Washington Post, 9/13/21” as the first footnote in these ads. The Post never reported on a “hurricane tax” proposal.

“The Post article referenced is one discussing the addition of the global minimum tax to the bill, which is the root of this problem,” a spokesman for AAN said, pointing to an article on Sept. 13.

The second footnote credits the R Street Institute study, which is the real source for the ads’ claims.

The American Action Network claims that insurance costs “could” rise for homeowners under Democrats’ plan, particularly in states that have been pummeled by natural disasters. That’s not an unreasonable claim, and it’s backed by a think tank study.

But the ads leave out that other parts of the Biden plan would ease the tax burden for many of the same homeowners, that higher insurance costs could be borne by shareholders rather than consumers, that reinsurers began to move away from low-tax jurisdictions due to Trump’s tax moves in 2017, and that much of the spending in the Democratic plan would build up climate-change resilience.