Sean Spicer sues Biden over ouster from Naval Academy board 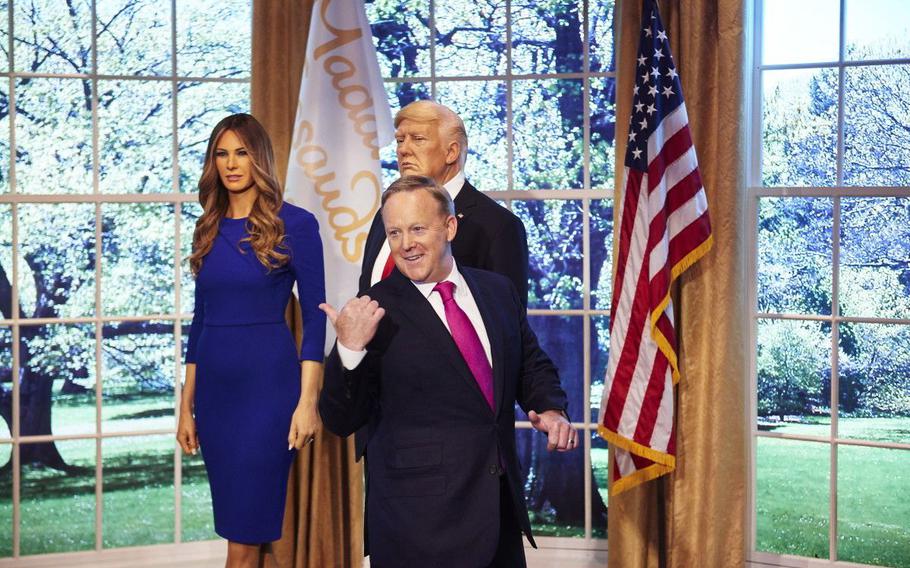 WASHINGTON (Tribune News Service) — Former White House Press Secretary Sean Spicer sued President Joe Biden over the administration's efforts to oust him from the board of the U.S. Naval Academy.

Earlier this month, the Biden administration asked Spicer and several other appointees of President Donald Trump to resign from U.S. service academy and other military advisory boards. Trump adviser Kellyanne Conway was similarly asked to step down from the Air Force Academy's board of visitors.

Now a host on the conservative Newsmax channel, Spicer filed suit in federal court in Washington on Thursday along with Russell Vought, Trump's former Office of Management and Budget director, who was also told to step down from the Naval Academy board. In their complaint, Spicer and Vought said Biden did not have the legal authority to remove them from the board. They asked the court for a restraining order blocking the administration from doing so.

"The statute governing the Board provides for staggered three-year terms," the lawsuit said, "and it makes no provision or allowance for at-will presidential removal based on political affiliation or otherwise."

Earlier this month, Biden press secretary Jen Psaki said the purge was designed to ensure the board members were qualified and aligned with the administration's values. "I will let others evaluate whether they think Kellyanne Conway and Sean Spicer and others were qualified," she said at a Sept. 8 news conference.

The White House had no immediate comment on Spicer's suit.

Spicer held Psaki's job for the first six months of the Trump administration, during which he memorably but falsely boasted that Trump's swearing-in drew "the largest audience ever to witness an inauguration, period, both in person and around the globe." He later said he regretted the widely parodied comment.