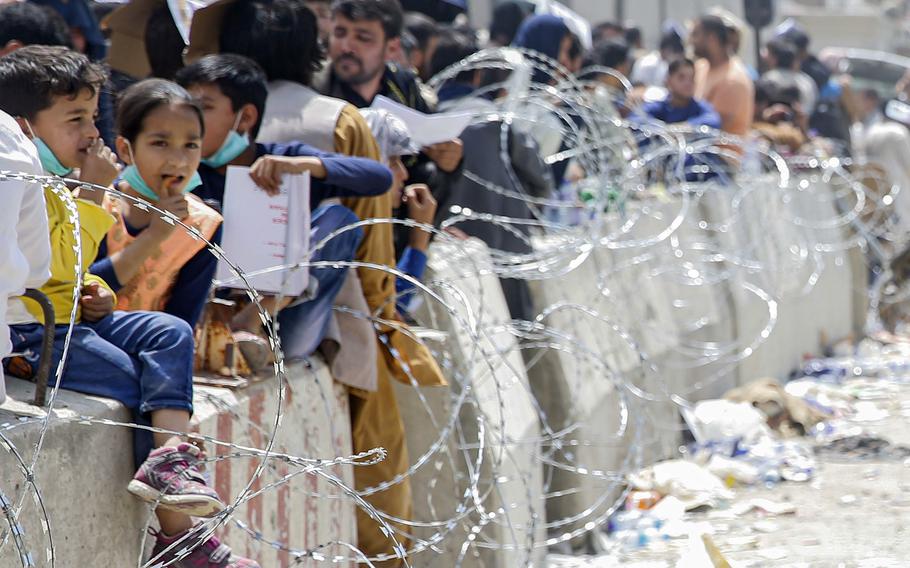 While Dulles airport had been the main hub for Afghan evacuees, Philadelphia International airport will now be the primary hub. (Nicholas Guevara/U.S. Marine Corps)

“Originally a lot of the folks were coming in through Dulles, but now a lot of that activity has switched to Philadelphia which will be the main hub for a bit longer,” said former Delaware Gov. Jack Markell, the Biden administration’s point person on resettling Afghans.

Philadelphia’s airport and Dulles International Airport in Virginia have been the two landing spots for American citizens, legal residents and Afghan evacuees since a mass evacuation began last month. So far the airport has received about 12,000 Afghan nationals, Homeland Security Secretary Alejandro Mayorkas told reporters on a conference call.

He said Philadelphia was chosen because of the airport’s “operational facility,” its ability to handle homeland security staff processing arrivals and its proximity to the joint base Dix-McGuire-Lakehurst in South Jersey, one of eight military facilities housing people until they can be resettled.

Military officials have previously said they planned to expand Dix’s capacity to host up to 10,000 evacuees at a time. The Muslim Federation of South Jersey estimates there are 9,500 Afghans at the base.

“We’re very appreciative that Gov. [Tom] Wolf has been so supportive — frankly, as governors across the country have been — at welcoming our allies,” Markell said. “He said the state has long served as a refuge for those seeking peace and stability amid crisis and will continue to help in any way possible.”

It’s unclear how long the evacuees will stay at Ft. Dix, but nearly every state is expected to receive some.

Initial plans called for Pennsylvania to receive around 995 evacuees and for about 535 to go to New Jersey, according to the Biden administration. The relocation decisions are made in coordination with resettlement agencies and their affiliates, and some of the evacuees own wishes if, for example, they have family to live with.

“This mission really does reflect the best of who we are as a country,” Mayorkas said on the call.

He also emphasized the screening and vetting involved, saying it includes biometric and biographic checks, inspections upon arrival, testing for COVID-19 and required vaccinations against measles, mumps, rubella, polio and COVID-19.