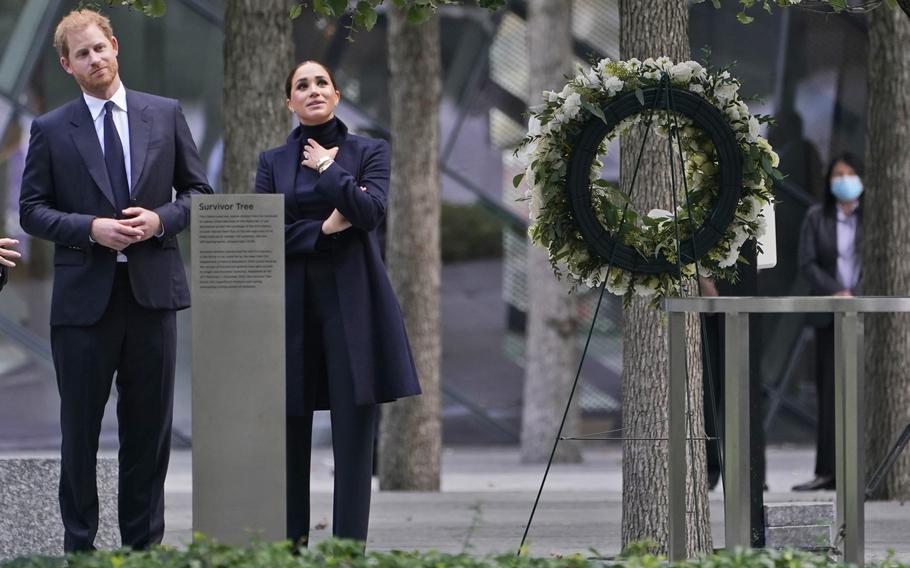 Prince Harry and Meghan Markle pause while getting a tour of the National September 11 Memorial & Museum in New York, on Thursday, Sept. 23, 2021. (Seth Wenig/AP)

NEW YORK — Prince Harry and Meghan, the Duke and Duchess of Sussex, got a hawk's-eye view of New York City on Thursday with a visit to the rebuilt World Trade Center's signature tower.

The royals did not make further remarks.

After enjoying the view from the 102nd floor, they made their way back down and outside.

Hochul chatted with Meghan while de Blasio and Harry spoke before posing for photos in front of the building, which stands near where the center's former twin towers were destroyed by terrorists on Sept. 11, 2001.

The duke and duchess are in New York for a Global Citizen Live event to call for vaccine equity.