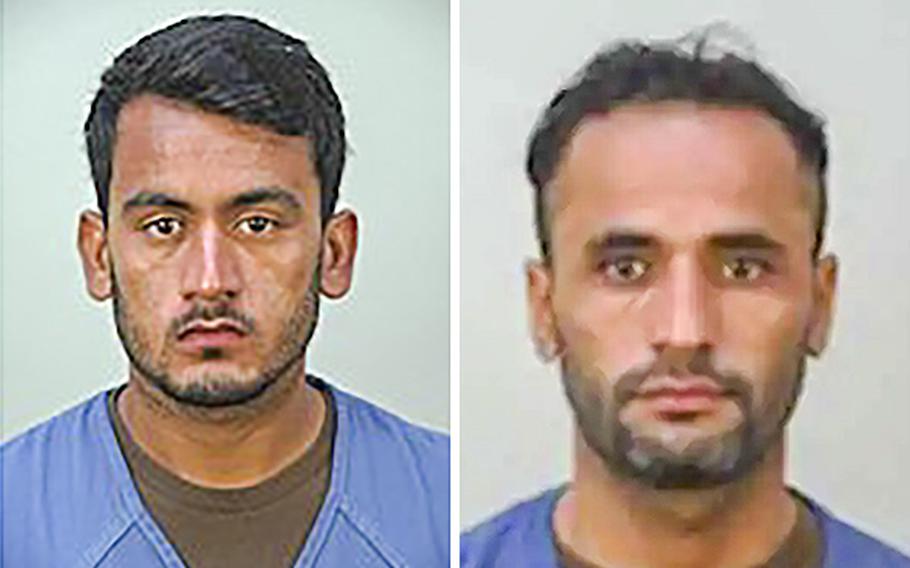 MADISON, Wis. (Tribune News Service) — An Afghan man charged Wednesday with engaging in sexual acts with a child had been abusing two boys, ages 12 and 14, in a bathroom and housing area of the Fort McCoy military base in western Wisconsin, an affidavit alleges.

Bahrullah Noori, 20, appeared Thursday in federal court in Madison on the child sexual assault charges. Noori, who has not yet entered a plea, will remain in the Dane County Jail as the case proceeds.

Noori is one of two Afghan men recently charged with committing crimes while staying at Fort McCoy, where more than 12,000 Afghan evacuees were being temporarily housed.

The other man, Mohammad Haroon Imaad, 32, has been charged with assault for allegedly choking and suffocating his wife. Defense attorney Joe Bugni entered a plea of not guilty on Imaad’s behalf in federal court Thursday.

Imaad’s wife told FBI investigators that Imaad had also raped her, but he has not been charged with sexual assault at this point, according to an affidavit.

A jury trial was set for Nov. 1 in Imaad’s case. Future court dates for Noori have not yet been scheduled.

U.S. Magistrate Judge Stephen Crocker said the Department of Homeland Security has ordered both Imaad and Noori be detained while their cases are pending, but if the department changes its position the men could have a bail hearing.

According to the affidavits:

Another Afghan man, who was not identified, told investigators on Sept. 11 that Noori was molesting his 12-year-old son and 14-year-old nephew. The abuse had been happening over the previous two weeks.

The man told the FBI he walked into the bathroom in the early-morning hours of Sept. 11 and saw Noori taking off the clothes of his nephew and trying to have sex with him. The same day, the man came into the bathroom to find Noori kissing his son.

The FBI said the man did not have any feud or dispute with Noori prior to the complaint and seemed credible as a witness.

Both boys told investigators Noori had touched them inappropriately, kissed and bit them and said he would beat them if they told anyone about the sexual abuse.

Noori is facing three counts of engaging in sexual acts with a minor, including one involving the use of force. He also is charged with a fourth count of attempting to engage in such acts with a minor while using force.

In an unrelated case, soldiers responded to a domestic disturbance on Sept. 7. Imaad’s wife told soldiers through an interpreter that Imaad had hit her and choked her. She had bruising on her right eye and redness on her throat, a soldier reported.

She also told the soldiers that Imaad had struck their children on multiple occasions.

The Afghan woman said this was not the first time she was assaulted by Imaad and that he had “beat me many times in Afghanistan to the point I lost vision in both eyes.” She told a soldier Imaad threatened to kill her or send her back to Afghanistan “where the Taliban could deal with her.”

On Sept. 9, the woman fainted and received medical treatment. She told a soldier that Imaad had hit, choked, verbally abused and raped her since she arrived at Fort McCoy.

Soldiers found Imaad and took him into custody.