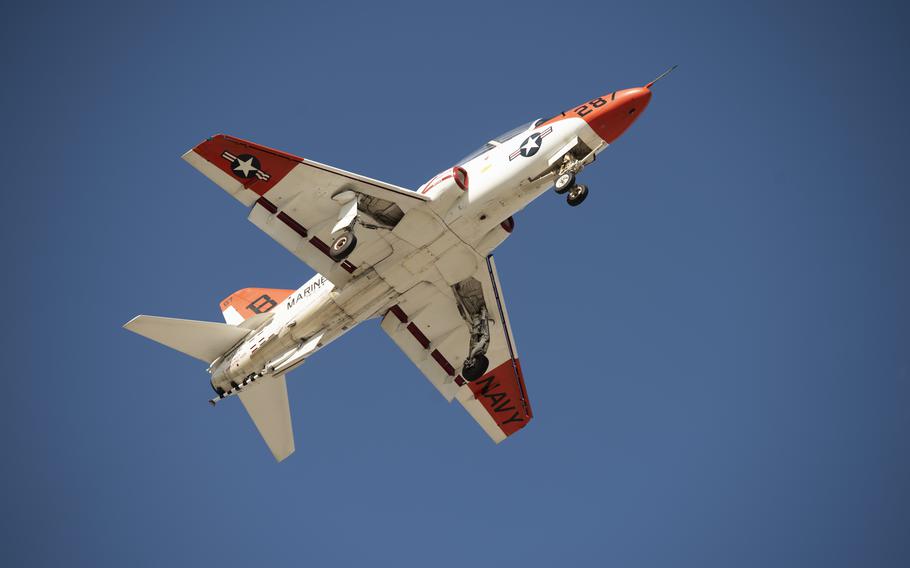 LAKE WORTH, Texas — A military training jet crashed Sunday in a neighborhood near Fort Worth, Texas, injuring the two pilots and damaging three homes but not seriously hurting anyone on the ground, authorities said.

Both pilots managed to eject from the plane before it crashed in Lake Worth, which is just west of Fort Worth, authorities said at a news conference.

"This incident could have been much worse knowing that this plane went down in a residential area," Lake Worth Fire Chief Ryan Arthur said of the crash, which was reported to authorities shortly before 11 a.m.

One of the pilots was electrocuted after being caught in power lines, Lake Worth police said in a statement, adding that "although badly burnt, the pilot was conscious, alert and breathing." Police said the the second pilot was found in a wooded area a short distance away. Both were taken to area hospitals.

The chief of naval air training in Corpus Christi said in a Facebook post Sunday evening that the instructor pilot was in stable condition, while the student naval aviator was in serious condition.

Police said that three people in the neighborhood sustained minor injuries, and at least one was taken to the hospital.

Three homes were damaged and three residents of those homes were treated at the scene and released, the Fort Worth Fire Department said. The crash cut power to 44 homes in the area, and utility crews were working to restore it.

"We are incredibly fortunate that the plane crashed in the backyards of the homes and not the residences themselves," the Fort Worth department said.

Two off-duty Fort Worth firefighters witnessed the crash and were the first on the scene, where they were able to tend to the injured pilots, the department said.

Arthur said the people who live in the damaged homes will be displaced because of the crash.

The neighborhood is near the Naval Air Station Joint Reserve Base. Officials said multiple representatives from the military were at the crash scene. Attempts to reach the naval air station for comment were not immediately successful Sunday.

"Our hearts go out to these military members and their families," Police Chief J.T. Manoushagian said.

"I would imagine that for a pilot, this is the day that you dread, that you hope never comes," he said.

Mary Joyner, whose mother lives near the crash site, told the Fort Worth Star-Telegram that they were sitting at the kitchen table when they heard a "ba-boom" and the power went out. Stepping into the front yard, she saw a plume of black smoke and smelled a metallic aroma

Joyner said she grew up in the house and her family was accustomed to the daily sound of planes flying overhead.

"You live here all your life, you know it can happen, the planes are right here," Joyner said. "You always have the thought." 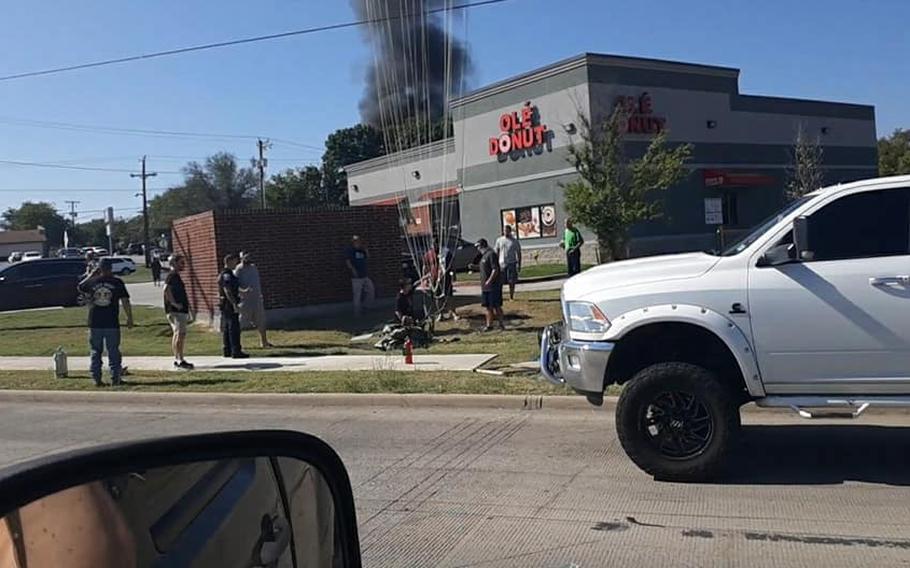