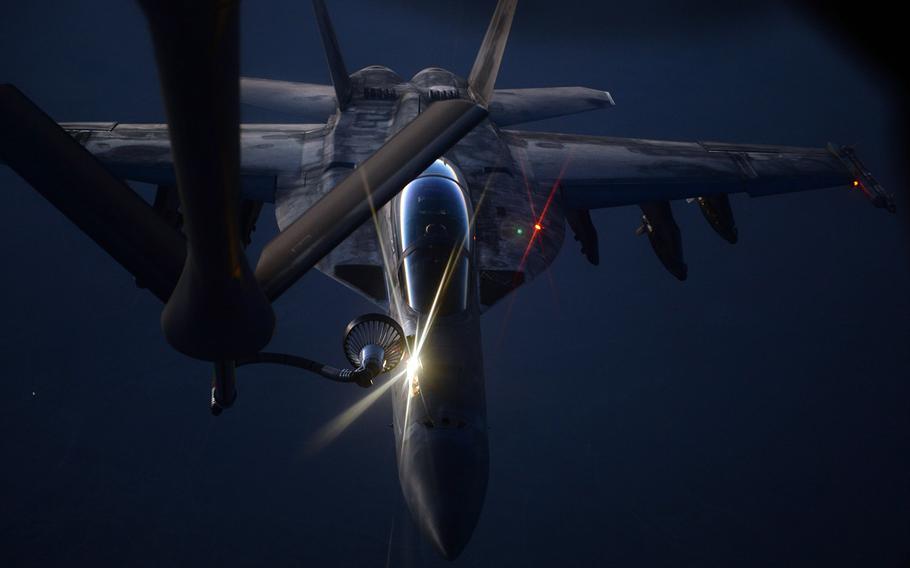 WASHINGTON — The Biden administration announced a goal Thursday of replacing all jet fuel with sustainable alternatives by 2050, setting forth a plan to dramatically boost production of fuels made from waste or plants to drive down the environmental cost of flying.

The use of what are called sustainable aviation fuels is in its infancy, with a handful of refineries in operation around the world. But airlines are banking on them as a major part of their efforts to cut emissions and become carbon neutral by the middle of the century.

In a fact sheet announcing the plan, the White House said speeding adoption of the new fuels and other steps to reduce emissions from flying "will transform the aviation sector, create good-paying jobs, support American agriculture and manufacturing, and help us tackle the climate crisis."

The federal government's new goal targets annual production of 3 billion gallons of the fuels by 2030 — a level the White House says would enable a 20 percent cut in carbon emissions from flying. Production on that scale would represent just over a tenth of the fuel airlines consumed in 2019 but would be a huge leap from the estimated 4.5 million gallons that is estimated to have been produced in the United States last year.

Currently, the alternative fuels have to be combined with conventional jet fuel, and eliminating fuel made from crude oil would require technological breakthroughs to allow engines to run entirely on the alternatives.

As part of the administration's push, the Departments of Transportation, Energy and Agriculture have agreed to undertake a "Grand Challenge" to help coordinate their efforts to develop the fuels. Major airlines have backed the plan and also announced new initiatives Thursday to make greater use of the fuels and cut their emissions in other ways.

The Biden administration is pushing to dramatically cut emissions from the transportation sector, which is the biggest source of greenhouse gases in the United States. In August, the president signed an executive order calling for half of new cars and light trucks to be battery powered or plug-in hybrids by 2030, and has proposed fuel economy rules to start driving down emissions in the meantime.

But the prospects of improving fuel efficiency of jets or switching to electric-powered flights are limited, so the aviation industry is banking on alternative fuels to meet its emissions goals.

Sustainable aviation fuel refers to a number of different kinds of jet fuel made from ingredients other than crude oil. A refinery owned by World Energy in Paramount, Calif., for example, uses waste fat, oil and grease. While the alternative fuels can't currently replace conventional jet fuel entirely, they can be mixed with it and used with existing engines and refueling systems.

Burning the fuels still produces carbon dioxide. The emissions savings come from either growing sources of carbon — which pulls carbon dioxide out of the atmosphere — or using waste as an ingredient. Determining the benefits requires a complicated analysis known as a life cycle assessment.

Using the fuel from the Paramount refinery cuts carbon emissions by 80 percent — a figure airlines have widely adopted in marketing materials — but Nikita Pavlenko, a fuels researcher at the International Council on Clean Transportation, cautioned that "the picture is much more complicated."

A review by Pavlenko's organization found that what is known as sustainable jet fuels produced by some methods could result in substantially smaller emissions savings and in some cases lead to even higher emissions. It would probably fall to the Environmental Protection Agency or other government regulators to assure that fuels used by American carriers were actually cutting emissions.

At the same time, some research has concluded there are methods of making the fuels that could drive emissions below zero. United Airlines said Thursday it is planning to work on such an approach with Honeywell and biofuel firm Alder Fuels using forestry and crop waste.

"To scale SAF [sustainable aviation fuel] as quickly as necessary, we need to look beyond existing solutions and invest in research and development for new pathways like the one Alder is developing," said Scott Kirby, the airline's chief executive.

But there are also questions about just how much waste or other ingredients are available to be turned into fuel.

In the short term, the cost of the alternative fuels is likely to hold back their adoption. Before the pandemic scrambled the industry, airlines paid about $2 per gallon for jet fuel. Airlines for America, a trade group for major carriers, says the alternative fuels can cost at least three times as much.

Government subsidies could help bridge the gap. In May, a coalition of airline trade organizations and unions wrote to congressional leaders proposing a $1.50 per gallon tax credit for fuels that reduce emissions by half, rising to $2 for those that drive down emissions even further — an idea President Biden endorsed in his budget.

The industry has also called for grants and loan programs to support investments in production facilities.