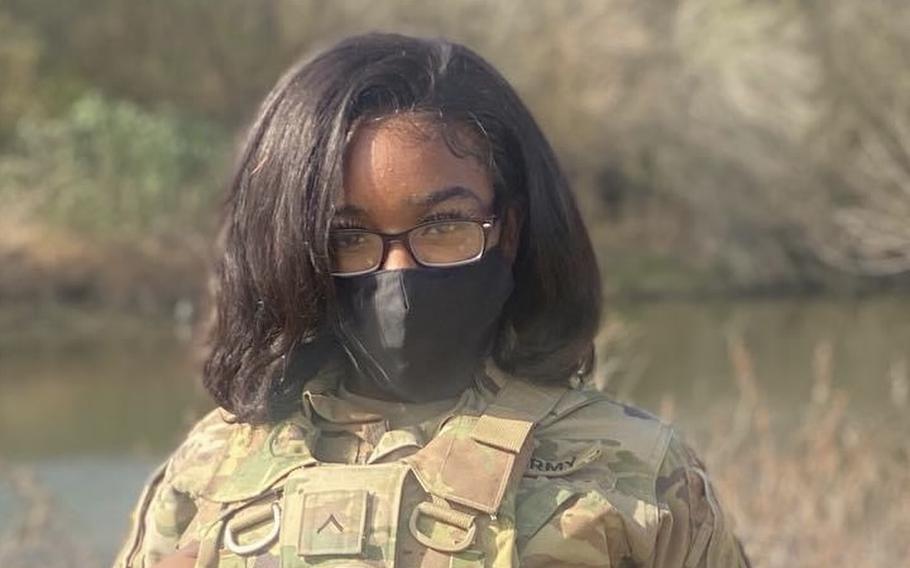 Spc. Nashyra Whitaker, 23, of the Louisiana National Guard died Sunday in a drunken driving accident in McAllen, Texas, where she was deployed to support the federal mission at the southwest border with Mexico. She joined the Guard in February 2019 as an automated logistical specialist. (Louisiana National Guard)

A drunken driving accident in Texas involving three National Guard members left one soldier dead, another injured and the third facing a manslaughter charge, according to law enforcement and military officials.

All three Guard members were serving on the federal mission at the southwest U.S. border with Mexico, according to military officials.

Spc. Nashyra S. Whitaker, 23, died at the scene of the single-vehicle accident that occurred at about 2:15 a.m. Sunday in McAllen, Texas, said Lt. Joel Morales, spokesman for the McAllen Police Department. Whitaker was a member of Louisiana National Guard.

Georgia Guard member Bianca Farmer, 24, was driving the vehicle on North 23rd Street when she crashed into a utility pole, he said.

Claude Cecile Berry, the third passenger in the vehicle and also a member of the Georgia Guard, was taken to the hospital where his arm was amputated, according to The Monitor, a McAllen newspaper.

Farmer was charged and arraigned on charges of intoxicated manslaughter, intoxicated assault and driving while intoxicated with bond set at $190,000, Morales said. She was booked into Hidalgo County Detention Center on Sunday and released Wednesday, according to online jail records. 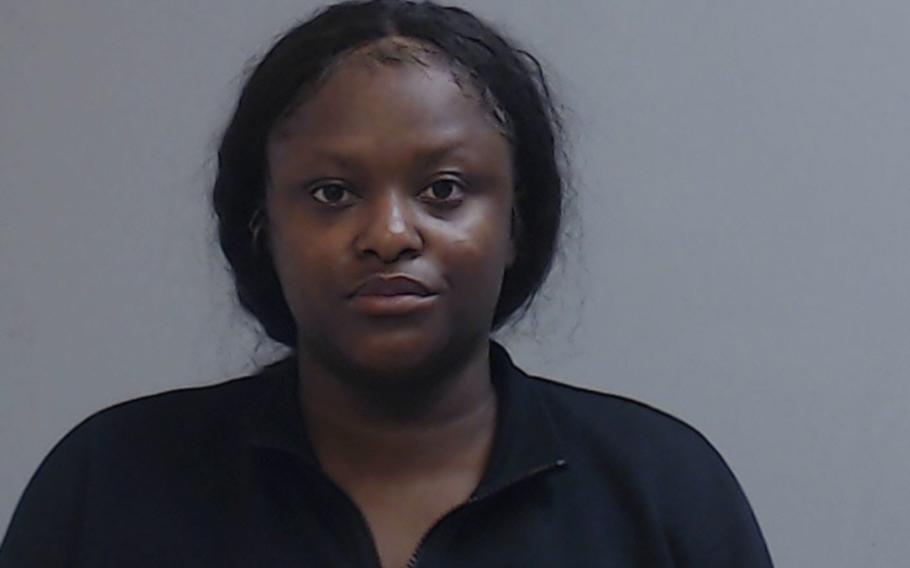 The Defense Department has authorized 3,000 troops to serve along the southwest border to assist U.S. Customs and Border Protection through September 2022. The troops filling the mission are a mix of active-duty service members and National Guard personnel.

“For the safety of service members deployed in support of the southwest border mission, policies have been in place since January 2021 that limit alcohol consumption. These policies are typical of those implemented for service members during deployments,” said Eduardo Natividad, spokesman for Joint Task Force North, which oversees the southwest border mission.

On Sunday, following the fatal accident, zero tolerance for violating the alcohol policy went into effect, he said.

Whitaker’s awards and decorations include the Army Commendation Medal, National Defense Service Medal and Army Service Ribbon. She is survived by her mother and father.