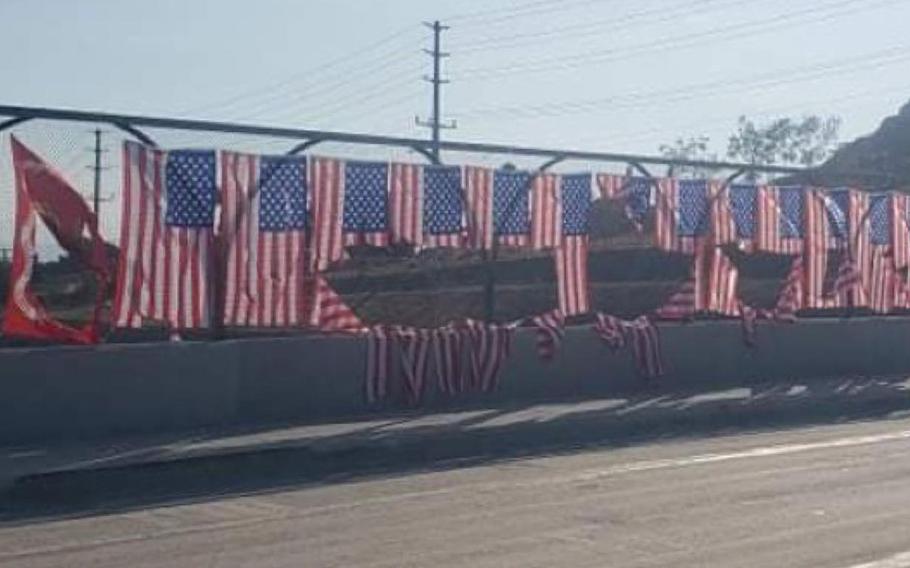 Several of the flags were found shredded and torn Monday hanging from an overpass in the city of Riverside, located 50 miles outside of Los Angeles, Riverside Police reported on Facebook.

The flags had been hung after an explosion at the Kabul airport killed 13 U.S. troops during the evacuation from Afghanistan. More than 60 Afghans also died in the blast by an Islamic State group in Afghanistan.

“At this point, we don’t have any suspect description but it’s obvious the flags were intentionally damaged,” police wrote. They ask that anyone with information call 951-353-7955.

Officers removed the damaged flags and turned them over to a local Boy Scout troop for proper disposal, police said.

“So disrespectful!” read one comment on the Facebook post. “Not only disrespectful to the US, but to the military men and women who gave their lives who we are memorializing. Sadness on top of more sadness.”

“This behavior is absolutely disgusting,” read another comment. “Seriously disturbing!”

“I have tears in my eyes,” another person wrote. “This is so disgusting and absolutely infuriating!”