Pierre Sprey, Pentagon analyst who battled brass to produce A-10 warplane, dies at 83 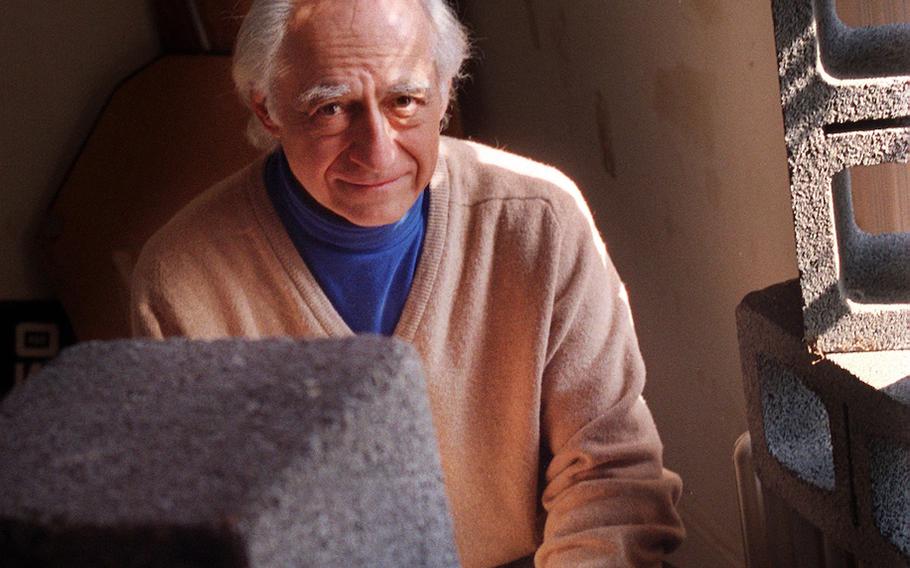 WASHINGTON — Pierre Sprey, a 1960s Pentagon “whiz kid” who was a formidable intellectual force in military analysis and weapons development and was sometimes an outspoken critic of Defense Department spending and war plans, died Aug. 5 at his home in suburban Glenn Dale, Md. He was 83.

The cause appeared to be a sudden heart attack, said his son, John Sprey.

Sprey (pronounced “spray”) was considered a polymath whose interests encompassed history, engineering and French literature. In later years, he established a jazz record label, Mapleshade, and produced dozens of recordings known for their exquisite high-fidelity audio.

Former colleagues said he applied the same meticulous — and sometimes unconventional — principles to military matters. After working for the Grumman aircraft company early in his career, Sprey moved to the Pentagon in 1966 as part of a group of analysts and engineers dubbed the “Whiz Kids,” borrowing a term first used to describe then-Defense Secretary Robert S. McNamara and his former colleagues at Ford Motor Co.

“Even among McNamara’s Whiz Kids — the highly educated and extraordinarily bright young men brought into the [Pentagon] with the mandate to impose rational thought on both the military and the military budget - Pierre Sprey stood out,” author Robert Coram wrote in a 2002 biography of Sprey’s onetime Pentagon boss, John Boyd.

It was the height of the Cold War with the Soviet Union, and Sprey spent his first year working on a study of the Air Force budget and preparations for a potential war in Europe. His report, based on studies of World War II and information from the Joint Chiefs of Staff, stated that the Air Force’s existing plan to bomb bridges and infrastructure was useless and would not prevent Soviet troops from pouring into Europe.

By rejecting a long-held doctrine, Sprey quickly became persona non grata among top-ranking Air Force brass, many of whom had been fighter or bomber pilots and resented getting advice from a civilian who was barely 30.

“He was one of the most detested people by the United States Air Force,” Tom Christie, who spent decades as a Pentagon analyst, said in an interview, “because he was challenging a lot of sacred programs and strategies.”

Instead, Sprey advocated a primary mission of “close air support,” with Air Force planes flying low to support Allied ground troops and to attack enemy convoys and armored units. He made the startling assertion that the most important vehicles in warfare were not fighter planes, aircraft carriers or tanks - but ordinary trucks.

“I made myself pretty unpopular by pointing out that trucks were much more important than airplanes,” Sprey told the Baltimore Sun in 2002. “The tonnages moved by airplanes are tiny. Trucks are what count in the theater of war. Well, that wasn’t very glamorous for all those guys, so I got fired from that job.”

Sprey, Christie and a few others became part of a small group of analysts under the leadership of Boyd, a former fighter pilot who wanted to bring improved planning and efficiency to the Air Force. They adopted an almost furtive, underground approach, often working late at night, and came to be known as the “fighter mafia.”

In general, the group believed that simpler, cheaper weapons and aircraft worked better than complex, more expensive designs. Airplanes loaded down with electronics and other features, Sprey argued, were less maneuverable and harder to repair.

Sprey and his group faced a strong backlash from Pentagon officials and from manufacturers who stood to profit from defense contracts. According to Coram’s book on Boyd, the Air Force assigned a colonel to get Sprey fired. When the colonel presented doctored statistics to challenge Sprey’s calculations, Sprey replied, “Your numbers are a lie.”

The colonel demanded an apology, but Sprey responded by calling him a “slimy creature” who “oozed mendacity.”

“Unlike many civilians who worked in the Pentagon,” Coram wrote, “Sprey was not intimidated by rank; in fact, he thought there was an inverse relationship between the number of stars on a man’s shoulders and his intelligence.”

He stayed at the Pentagon as part of Boyd’s team and worked on two new airplane designs in the 1970s: one was a lightweight fighter that turned out to be the F-16; the other was a relatively slow, low-flying aircraft that became the A-10.

Sprey was particularly influential in the development of the A-10, a stubby plane with upright fins on the tail and two jet engines mounted over the body. Its central feature was a nose-mounted 30-mm Gatling gun that could fire 70 rounds a second. The plane could carry missiles and bombs under its wings.

Sprey insisted that the A-10 be durable and easy to repair. It was covered in a titanium shell that could withstand ground fire. Fuel tanks were insulated with nonflammable material to prevent explosions, and backup systems were in place for various hydraulic and mechanical components. Officially called the Thunderbolt, the A-10 looked so ungainly that pilots affectionately called it the Warthog.

The Pentagon sought repeatedly to kill the A-10 project or relegate the aircraft to the National Guard, even after testing proved that its gun and rockets could easily destroy armor-plated tanks. Sprey helped rally support for the plane among sympathetic military officials and members of Congress, and the program stayed alive.

During the Persian Gulf War in 1991, the A-10 was brutally effective, taking out 1,100 of the 1,500 Iraqi tanks lost during the conflict, plus more than 1,000 pieces of artillery. The A-10 was so rugged that stories and footage began to circulate of badly damaged planes landing safely after combat missions. The A-10 continued to be a useful warplane during the conflicts in Iraq and Afghanistan.

“The pilots love them,” Sprey said in 1999. “Any of our jet fighters can be shot down by a .22-caliber rifle. But you can punch an A-10 full of holes and it will come home with sky showing through the wings.”

Pierre Michel Sprey was born Nov. 22, 1937, in Nice, France. His Jewish parents had fled oppression in Germany in the early 1930s, then came to the United States in 1941, settling in the New York borough of Queens.

His father was a jeweler, and his mother a homemaker. Young Pierre grew up speaking German and sometimes French with his parents, who would discuss classical music at the dinner table.

His eyesight was not sharp enough to allow him to be a fighter pilot, his son said, so he turned to aircraft design. After leaving the Pentagon in the 1970s, he continued to work on defense projects as a consultant for many years afterward.

While growing up in New York, Sprey often attended jazz clubs, and he began to record musical performances as a hobby. A fellow Pentagon engineer showed him a high-end turntable, spurring Sprey to take it apart and explore the mechanics of high-fidelity sound.

He devised a homemade recording system that employed extremely thin wires, battery-powered microphones and a two-track Sony reel-to-reel recorder weighted with lead. He had a restored 1911 Steinway piano in the front parlor of an old country house called Mapleshade in suburban Upper Marlboro, Md. He had made amateur recordings of Washington jazz singer Shirley Horn, who came to Sprey’s house to play his piano.

“One night she was sitting at my piano and fell in love with it,” he told The Washington Post in 1996. “She said, ‘P. baby, I want to do my next album on this piano and I want you to be my engineer’ . . . I enjoyed recording Shirley so much, I decided to hang out my shingle.”

Sprey named his record label Mapleshade and recorded primarily jazz and blues musicians, including saxophonists Clifford Jordan and Hamiet Bluiett and pianists Walter Davis Jr., John Hicks and Larry Willis. He placed rubber baffles on the walls and ceiling and turned off all the lights, refrigerators, furnaces and electronic devices to obtain as pure a sound as possible.

“Something important is happening in Upper Marlboro,” a CD Review critic wrote. “To sit down with a small stack of your very first Mapleshades is a revelation.”

A 1997 recording of New York’s Arc Choir singing the gospel tune “Walk With Me” was sampled on Kanye West’s hit “Jesus Walks.” Sprey said the royalties were enough “to support 30 of my money-losing jazz albums.”

Sprey later moved to two other “crumbling old wood and brick farmhouses” in Maryland, his son said, and often cooked for visiting musicians, who were welcome to stay overnight.

During the 1980s, Sprey and some of his fellow defense analysts from the “fighter mafia” helped spearhead what was called the military reform movement, seeking to develop simpler, more efficient and less expensive weapons programs.

“Not all simple, low-cost weapons work, but war-winning weapons are almost always simple,” he said.

Sprey became a persistent critic of what he saw as wasteful spending and poorly conceived military efforts and often contributed to the website of an independent watchdog organization, the Project on Government Oversight.

“Very simply, I don’t think we should be going to war for oil companies,” he told The Post in 2006. Whether planning for war or setting up his studio for a jazz recording, Sprey followed the same precept: “The whole essence of this is to judge everything by outcomes.”